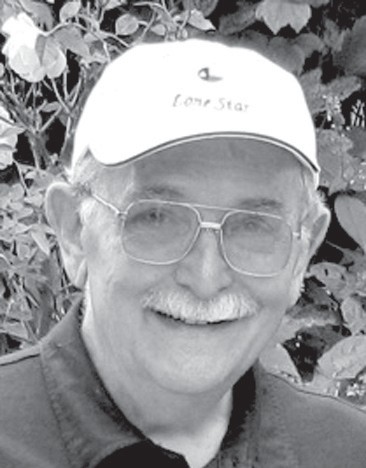 Most of us are enamored of “celebrity.” Even those of us in the hardened press corps find big names somewhat intriguing although, after a lengthy servitude, we tend to do so with a great many reservations.

In the early years of my newspapering life, when I began my “orbit” of the Houston metropolitan area as an editor-publisher of small town newspapers near there.

Of course, I managed to read “the metros” regularly, which I found helped me produce stories from big city events that held relevance for “the country papers.”

As I mentioned last week, one of many that I followed regularly was Sigmund Byrd, who by this time had left the Houston Press and was penning a column for the Houston Chronicle. He covered some pretty rough and tumble segments of the Bayou City’s mushrooming growth era.

Strangely enough, Byrd — regarded as a fine writer and a balanced journalist — began writing columns of an ultraconservative bent, pretty far from the intriguing folklorist features he’d produced at that point and was unceremoniously fired from the Chronicle.

Later on, he wrote a book claiming that his ultra conservative writings were an attempt in infiltrate the extreme right wing. And, true to his word, he did turn on them and in the process created turmoil for me.

After the Chronicle, Byrd turned up in Fort Bend County where I was editing and publishing the Fort Bend Mirror. Rigby Owen Jr. had hired me — ultimately allowing me to acquire shares in the paper — so he could return to his home in Conroe and join forces with his father in that suddenly soaring growth market.

Rigby had moved The Mirror from Stafford, where there was scant advertising potential, to Rosenberg-Richmond, a market several times the size of the one we’d been occupying. We were fighting a very tough battle in a market where there were TWO other newspapers, one a member of a very strong chain of papers, the other an independently published paper with an ultra-conservative-extreme right-political news and editorial policy.

Byrd’s writing had served the ultra-conservative mode so well that our right wing opponent in Fort Bend was a booster.

However, it was me Byrd came to see me. My curiosity drew me into interviewing him.

Byrd had taken a job with the National Aeronautics and Space Administration (NASA) to write a history of the original Mercury 7 astronauts. He showed me several chapters of another book he was writing, an expose’ of some right wing activities nationally that had their origins and impetus, he said, in Texas, with some strong operations not only in Houston but in Rosenberg.

Of course, that intrigued me. Since he was effectively blackballed in Houston, our paper became the first and only subscriber to Byrd’s column. At my insistence, he promised it would not be political, but rather about the little interesting details he’d garnered about those original American space heroes — such as water-cooled “underwear” for the space suits.

We began to publish the columns to very good reception by readers and advertisers.

Up to that point, I hadn’t had a free day in any given week for almost four years — going seven days and roughly 80 hours a week. So, after a couple of months with the new editor, I decided I could afford to take a few days off and go on a short trip.

I came home to find things in a bit of a stir as Byrd had cranked out a column jumping all over the activities of the right wing and had brought complaints from the extreme right-wingers holding forth in my territory.

Of course, I discontinued Byrd’s column and fired the editor.

And, I went another couple of years without a day off.