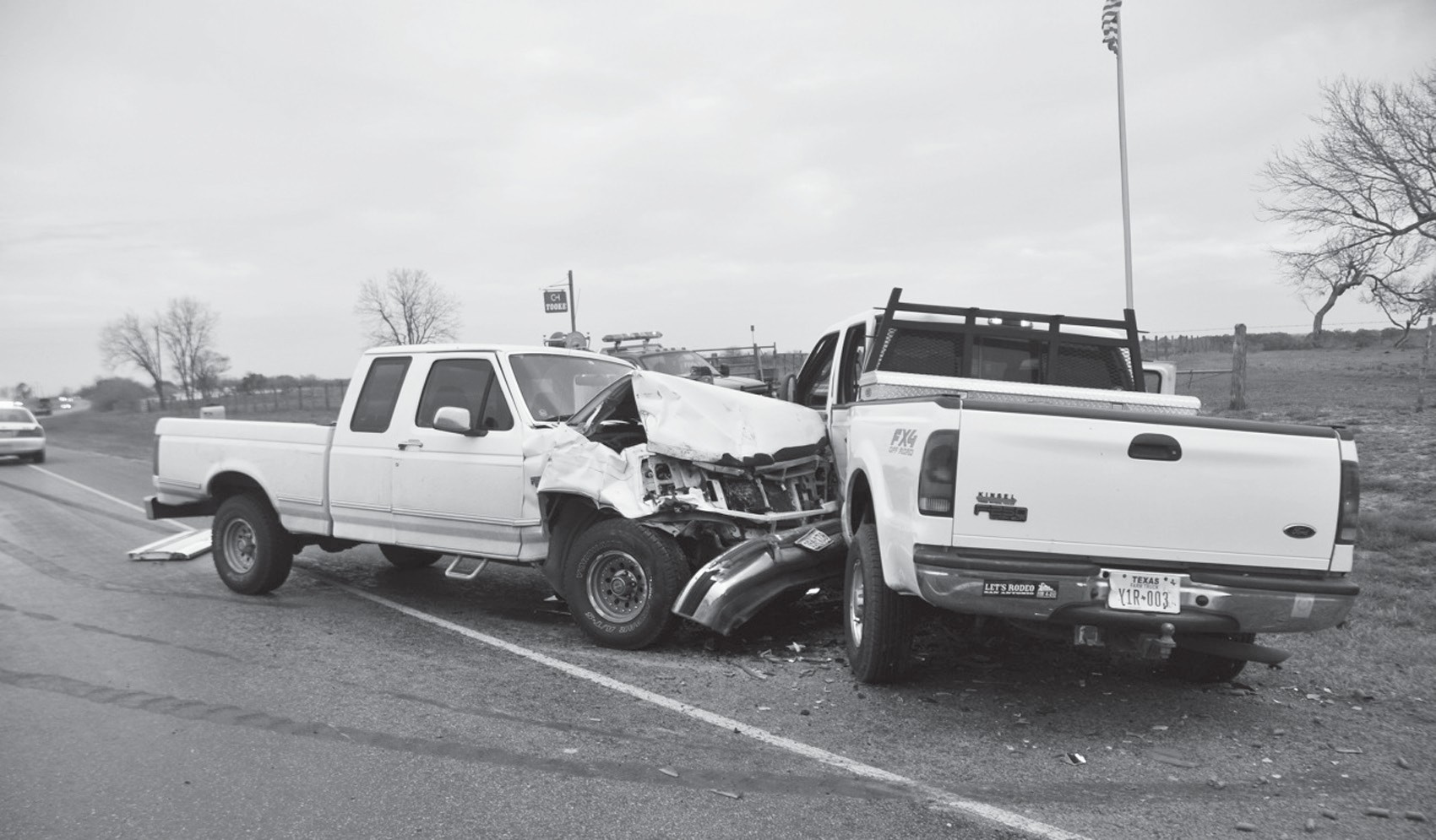 A wreck involving two pickup trucks occurred last Wednesday, February 15. Robert L. Tooke was eastbound on the improved shoulder on FM 476. The driver of the other truck was Rita Gallegos who was also traveling east. Tooke failed to yield right of way and turned left in front of Gallegos, striking the left side. Gallegos was taken to South Texas Regional Medical Center by EMS. Tooke was treated at the scene.