Woman shot on Hwy. 281 near Leming 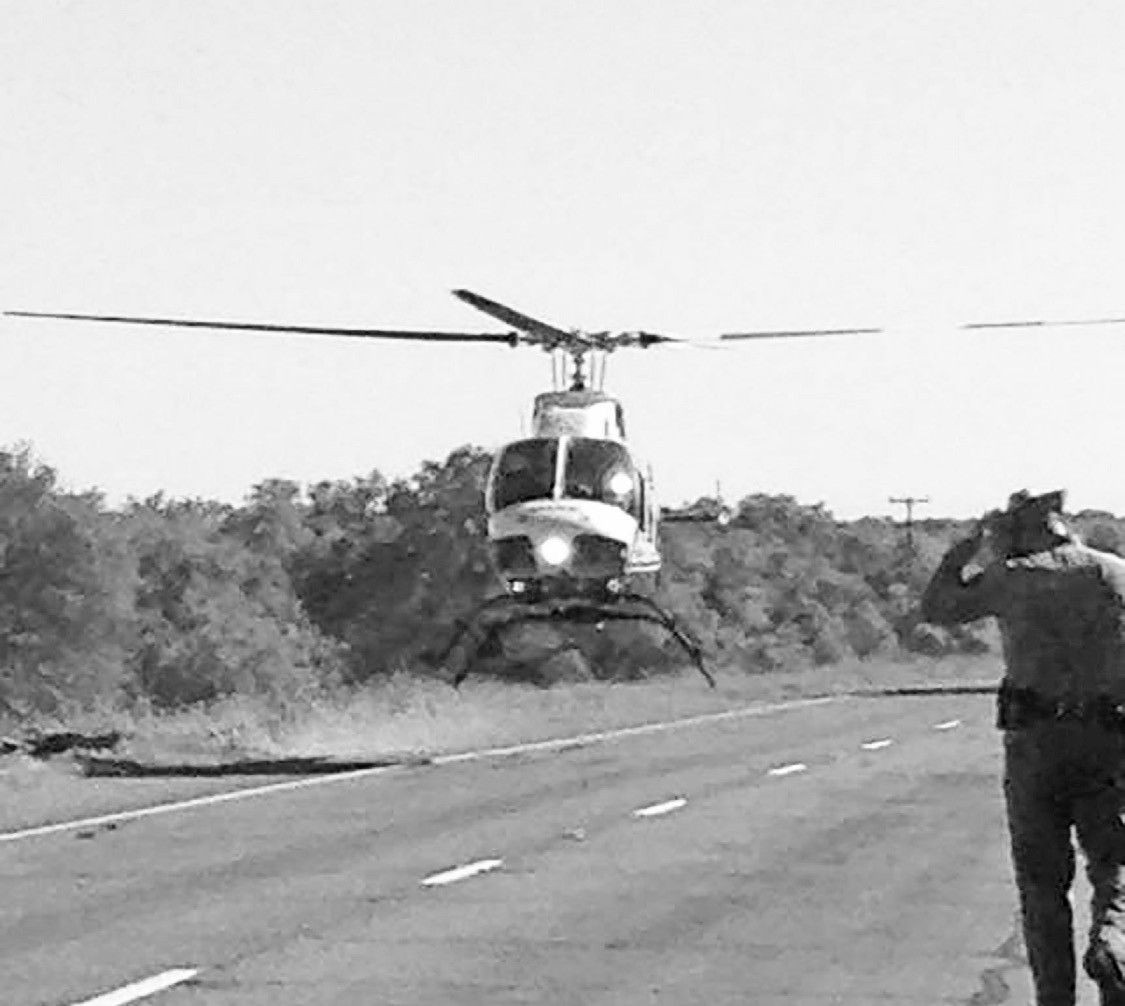 AirLife prepares to land to assist in taking an injured woman after allegedly being shot by her boyfriend on Sunday afternoon.

At approximately 4:30 p.m. Sunday, Atascosa County Sheriff’s Office dispatchers received a call from a motorist reporting that a woman had been shot on US 281, north of FM 536. EMS and deputies were dispatched to the scene.

Arriving deputies found a 24-year-old San Antonio woman shot in the right arm. The bullet traveled through her arm into her body. AirLife was dispatched to the scene where she was airlifted to a San Antonio hospital where she is still being treated.

The woman told deputies that hshe and her 25-year-old boyfriend had been arguing all day when he made her get out of the vehicle and start walking.

He drove off then turned around and came back by and fired one shot striking her in the right arm. Investigators processed the crime scene for evidence Sunday evening.

Sheriff David Soward said his CID investigators obtained a warrant for the man, also of San Antonio, charging him with Aggravated Assault with a Deadly Weapon.

Sheriff Soward said that his investigators were notified last night that the suspect had apparently gone to a family member of the victim’s house and had set her vehicle on fire.

“We are still searching for him this morning and we believe that the pistol used in the shooting has been recovered,” said Sheriff Soward.