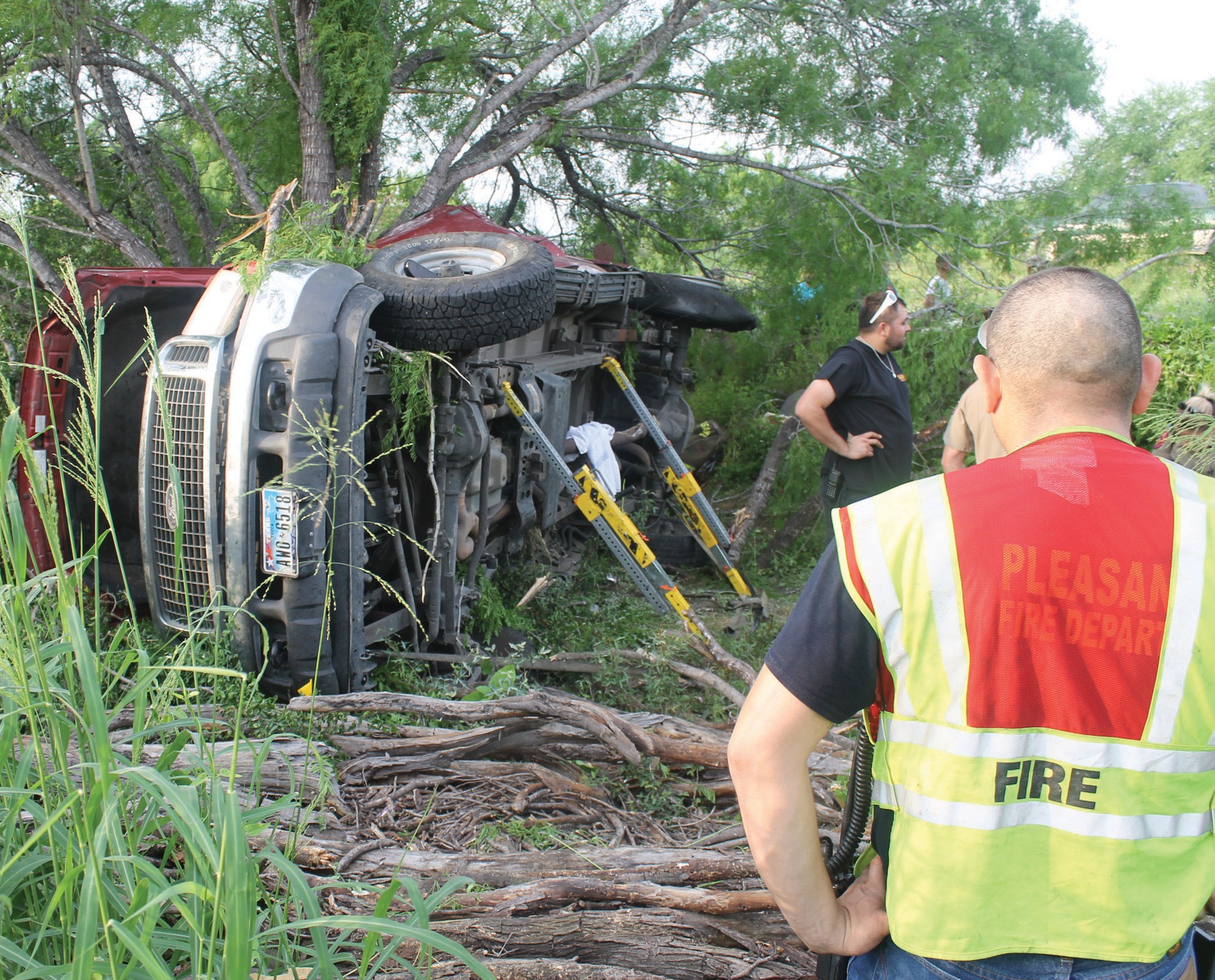 A one-vehicle accident on Sunday, April 26, resulted in the death of Linda Pederson, 67, of Adkins. According to Anthony Flores, spokesperson with Texas DPS, the accident occurred at 5:25 p.m. on IH-37, four miles south of Campbellton. Mrs. Pederson was driving a 2000 Ford Excursion, northbound on IH-37. The vehicle had a blow-out on the left rear tire, causing the unit to go off the roadway and roll into the median, striking a tree. She was pronounced dead on the scene by Justice of the Peace Judge Kyle Bradley. She had a passenger, 69-year-old James Pederson, also of Adkins. He was transported to STRMC in Jourdanton.