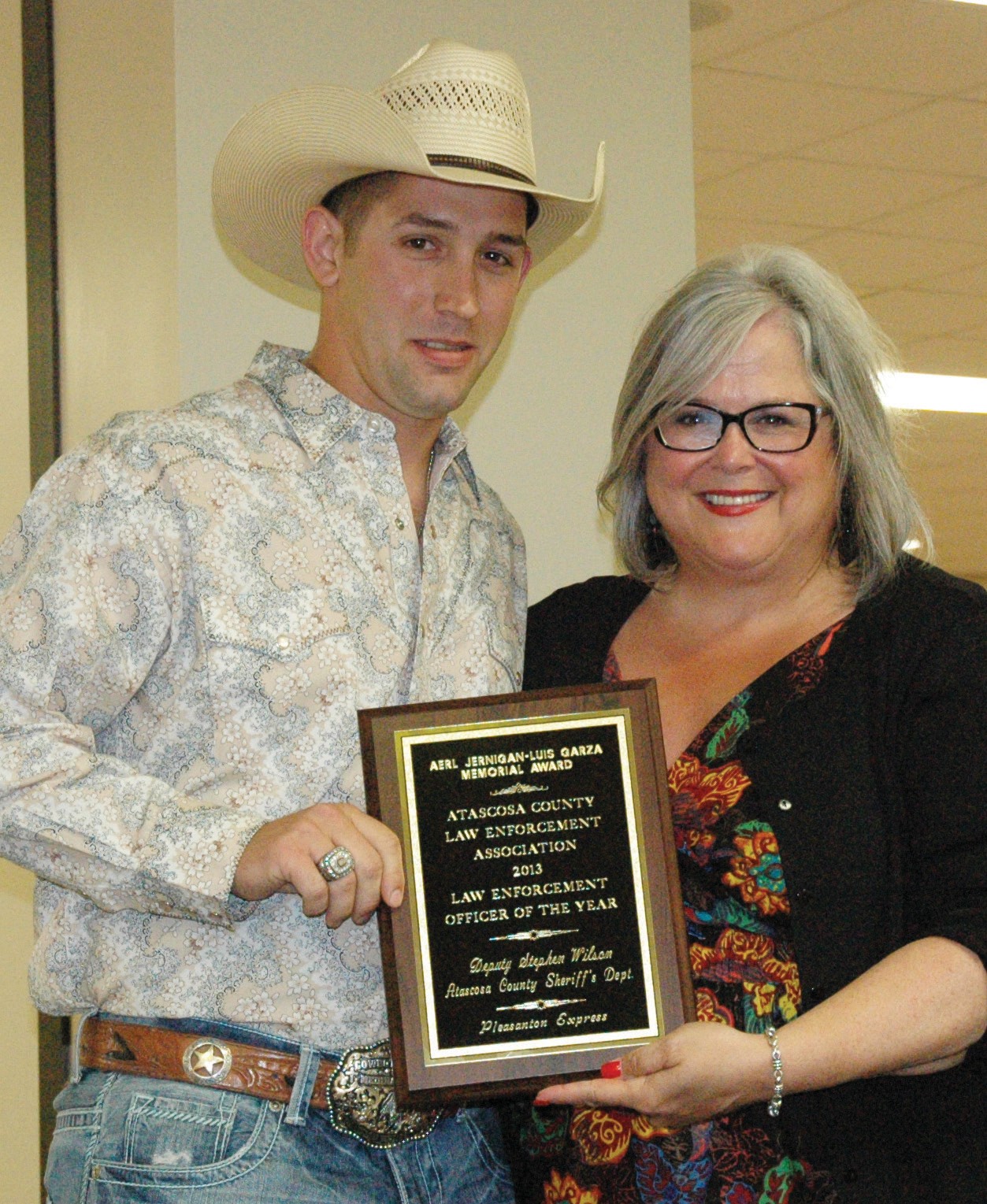 Atascosa County Deputy Sheriff Stephen Wilson was named the 2013 of the Year at the Atascosa County Law Enforcement Officer Association’s banquet held last Friday, May 23. Amid the tropical paradise theme, a steak dinner was provided by Pumpco Energy Services and enjoyed by area law enforcement, families, friends and supporters. The speaker for the evening was James Sutton, EdD.

Officer of the Year

Though our winner has only been employed by the Atascosa County Sheriff’s Office for two years – in this short time he has proven himself to be a great example of how to be proactive and strive to better the community by having a good relationship with the public.

On July 10, 2013, while observing traffic on US Hwy 281, this deputy conducted a traffic stop and while speaking with the driver noticed several indicators that the driver may be trying to conceal narcotics. He received consent to search the vehicle and its contents. Due to the deputy’s knowledge of narcotics and his thorough search of the vehicle, he was able to locate 120 grams of Methamphetamine and $1,200 which was determined to be proceeds from the sale of narcotics.

On October 14, 2013, while patrolling his shift, this deputy received information through dispatch that a U-Haul traveling on IH-37 contained stolen items. This deputy’s awareness of county roads and interstates in his assigned district allowed him to locate the U-Haul and conduct a traffic stop. He enabled the Atascosa County Sheriff’s Office to recover over $15,000 in stolen property.

While on patrol on November 23, he conducted a traffic stop and asked the driver to step out of his vehicle. As Wilson was in his vehicle, he noticed the suspect tossing a baggie into the bar ditch. The deputy was able to discover 164 grams of methamphetamine and $2,151 – which was determined to be proceeds from the sale of narcotics.

Then on December 30 Wilson observed a car with expired registration while on patrol. He conducted a traffic stop and discovered the passenger was wanted when the deputy ran his information. A bag of heroin and a bag of methamphetamine was found after a thorough search of the passenger.

Sgt. Investigator Jesse Martinez, ended his nomination by saying “In two short years, Deputy Stephen Wilson has proven to be a great asset to the Atascosa County Sheriff’s Office and has shown to have a bright future in law enforcement.

The Pleasanton Express is honored to assist in the selection process and by sponsoring the plaque each year for the Officer of the Year.

Pumpco Energy Services, Inc. is a leading provider of pressure pumping services for the oil and gas industry, focusing on key North American resource plays. The firm enjoys a rich history with loyal, hardworking, and experienced people that provide the leadership necessary to be successful in today’s marketplace. Founded in 1982, Pumpco continues to focus on long-term customer relationships and a flexibility that allows for new ideas and innovation. This innovation contributes to high levels of performance and helps to develop a strong working relationship with our customer base in an ever changing environment.

The company believes in its people as its greatest asset. In addition, the combination of safety, service, efficiency and value make Pumpco a preferred choice in the oil and gas industry.

Pumpco has continuously supported our law enforcement community for years. This year we would like to honor Pumpco Energy Services, Inc as our “Corporate” Citizen of the Year. We would like to especially thank Vice President Johnny Grice, and Tommy Crouch and Bob Bratten.

The citizen of the year award is given in memory of Elida Garza, wife of Deputy Luis Garza.

Gabrielle Cantu of Pleasanton High School, has plans to attend Our Lady of the Lake University. She would like to receive her Bachelor’s degree in Criminal Justice and Forensic Science with an ultimate goal of working for the FBI. She is the daughter of Clemente and Jennifer Cantu.

Ryan Matthew Sanchez of Jourdanton will be attending Sam Houston State University and major in Criminal Justice. He plans on getting a Master’s and PhD and become an FBI agent. He is the son of Robert and Coreen Sanchez.

Eric Diaz, of Charlotte High School, plans to attend the University of the Incarnate Word. He plans to major in criminal justice and become a police officer. He is the son of Mary Diaz.

Stefany Blevins of Poteet is the daughter of Javier and Brenda Soliz. She plans on becoming a detective to assist those who have been abused.

Ricki Dianne Guzman of Poteet, plans to attend Sam Houston State University and major in Forensic Chemistry and minor in Criminal Justice. She is the daughter of Ester Guzman. 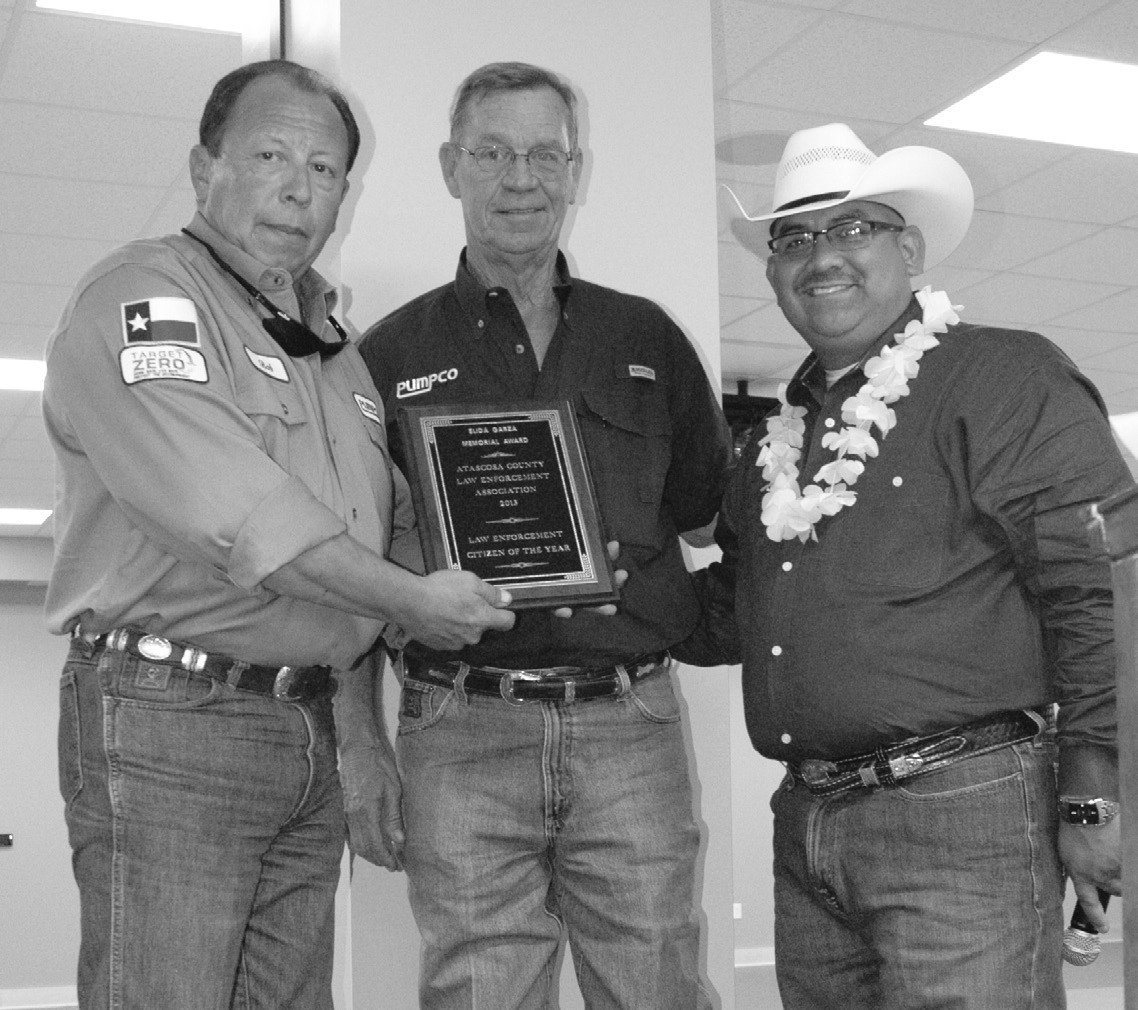 Pumpco Energy Services was awarded the Citizen of the Year for their continued support of ACLEOA. Receiving the award are, from left, Bob Bratten, Jr. and Tommy Crouch from ACLEOA President Albert Garza. 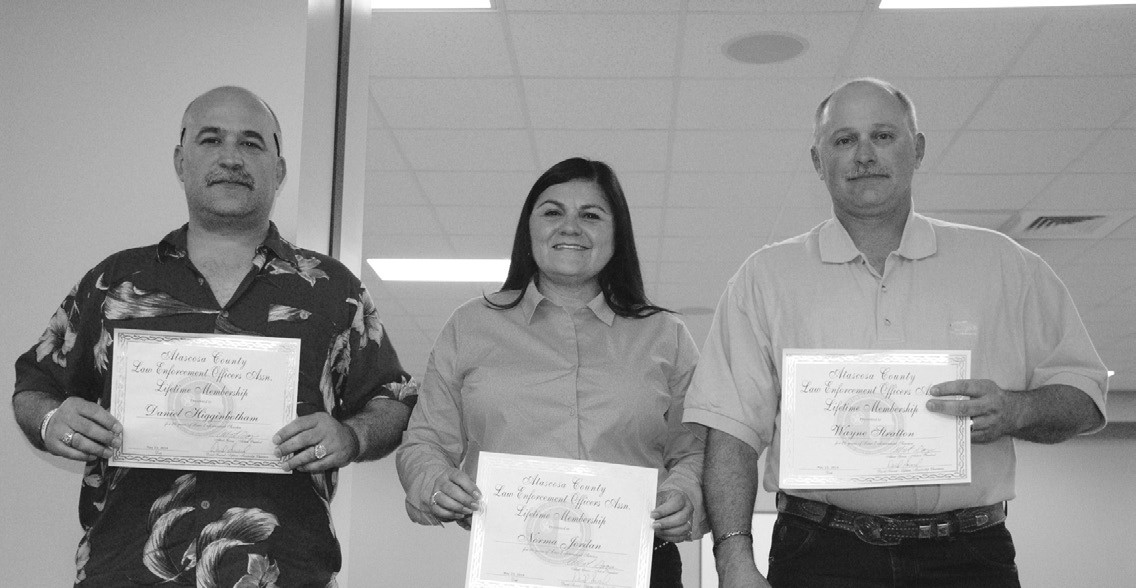 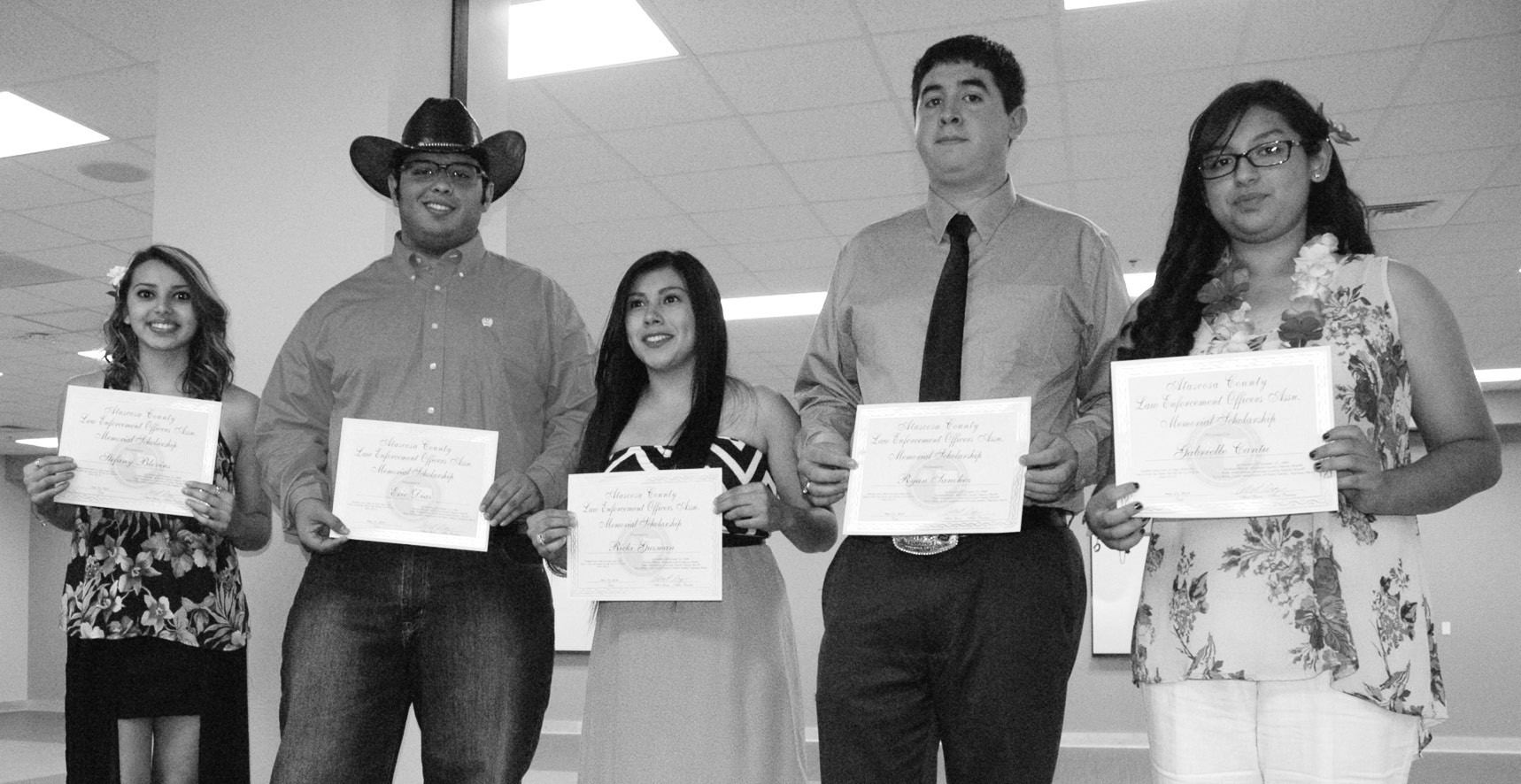