Wilkerson’s first column in the Pleasanton Express – ‘Get With It’ 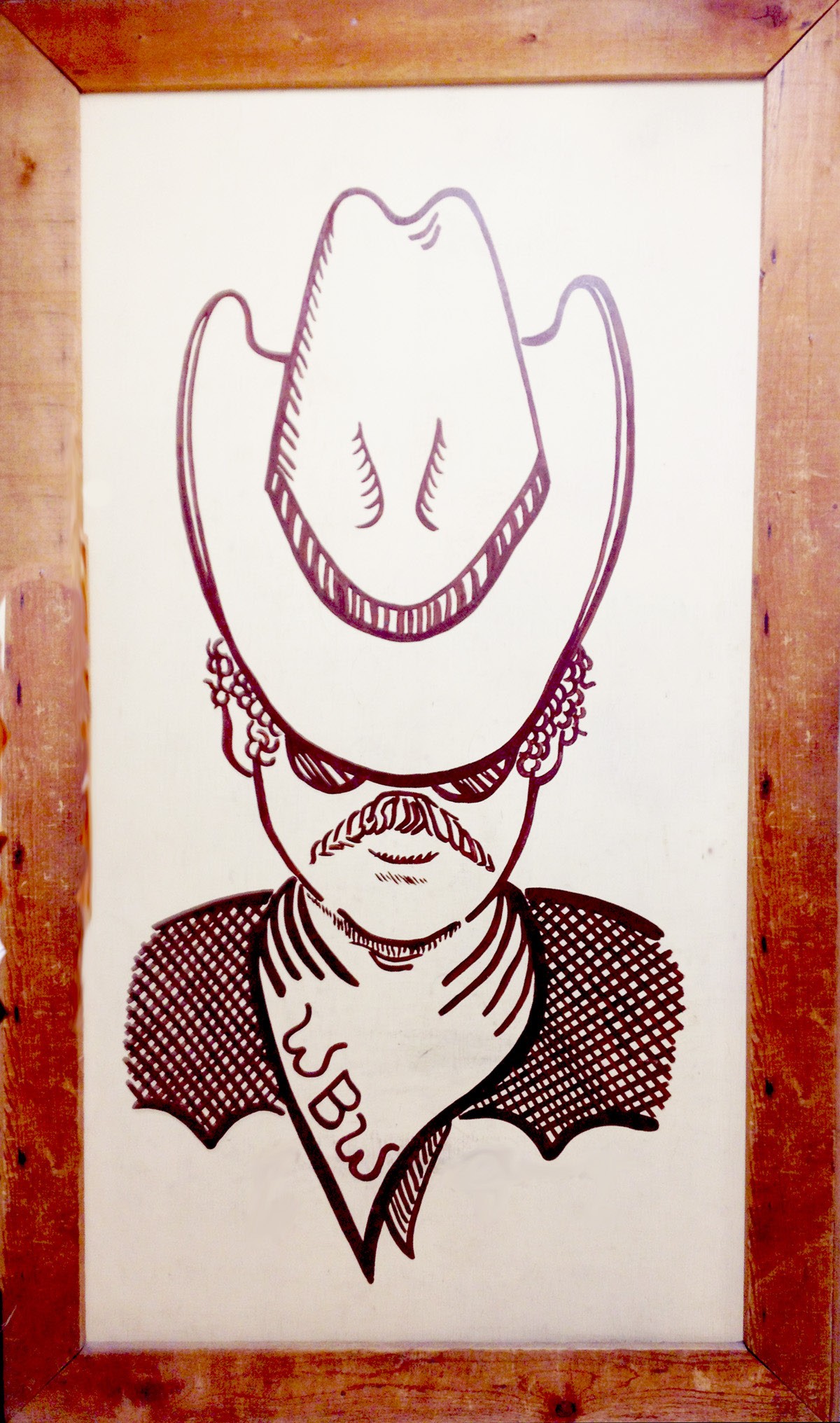 Pleasanton Express Co-Publisher Bill Wilkerson’s first column, Get With It (January 8, 1975) and his aptly painted larger-than-life caricature that served as his column head for many years, are shared to pay tribute to this wonderful, giving man. Bill passed away April 30 at the age of 86.

EDITOR’S NOTE – Looking up information, we found this in our back issues of the Pleasanton Express and thought it would be appropriate to share Bill Wikerson’s first column he wrote on January 8, 1975.

I feel like the groom at the altar. I know that this is probably the happiest day of my life, but can’t help but be nervous.

It’s not too easy to move from the town of your birth, where your roots are deep and where you’ve lived the vast majority of your life.

But here I am now living in Pleasanton, and hope to be here the remainder of my life, which I hope will be a long, long time.

It’s funny too, because until a couple of months ago, I’d never even been here. Of course, I’ve heard about the many fine folks of Atascosa County for the past 15 years from my good friend Wally.

Wally and I would see each other a couple or three times a year at various press functions. At these meetings, we would swap yarns about our newspapers and the good readers we had.

Been reading The Express, too, for the past few years as Wally and I exchanged newspapers. That way, I knew sorta what was happening here, and what a good newspaper The Express was. Never dreamed that my family and I would be making this our home.

It was really strange the way the whole thing happened.

When I decided to sell my interest in The Comanche Chief, the newspaper of which I was editor and half owner, I had to find some other paper to purchase.

Just on the chance, I called Ruth about buying The Express, and things have just gone beautifully since that time.

We feel that being an editor-publisher of a weekly newspaper, such as this one, carries a lot of responsibility.

Since we feel that way, and we’ll be together for a long time, need to tell you something about myself and my family.

I’m 45 years old, rabid sports fan, graduate of the University of Texas, Air Force Veteran, an Episcopalian, and the product of a newspaper family. Worked at The Comanche Chief as a youngster, and later returned to become the editor.

Not the greatest at remembering names, but I try. Sign my checks and legal stuff Wm. B. Wilkerson, but want to be called Bill.

My number one asset is co-publisher and wife, Judy, who is freckled, joyful, delightful, smart and one of the world’s best cooks.

We have three children, a son and two daughters – David who is 18 and in his first year at The University of Texas at Austin; Katie, who is 16 and a junior in high school and Noel, 14, who is a freshman.

Both our daughters are fine basketball players and they will be down here, with their mother, as soon as basketball season is over. I hope it will be around March 1st. Really depends on how far the Indian Maidens go in the State playoffs. The last two years they were in the finals, and they hope to repeat this year.

I’m living in an apartment now on the Jourdanton Highway, but am in the process of building a house in the Oak Forest addition and hope to be in it around three months.

You won’t notice any drastic differences in The Express. What changes we do make, we hope will certainly be for the better.

School news and the youngsters of Pleasanton and the surrounding towns are most important to us, and will be featured heavily.

Anything for the betterment of the town and county will certainly be stressed, just as will all phases of agriculture news.

News items of what’s happening, what will happen and the doings and going-ons of the folks of Pleasanton, surrounding towns and Atascosa County will be an important part of The Express.

We believe our first responsibility is to cover what goes on in Pleasanton and Atascosa County, we’ll let the daily papers cover the state and national news.

In short, we’re going to try to make it a paper of which you can continue to be proud and enjoy.