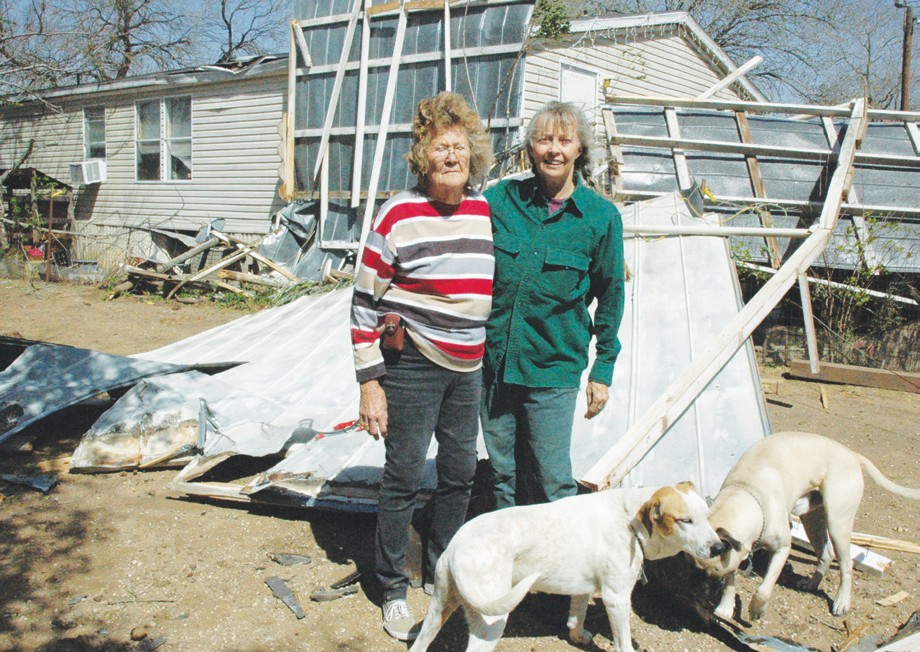 Neighbors Letha Fennell (left) and Edita Lindenman (pets Rasca and Monster) gather to show the damage from the strong winds to their homes on Chesnut Street in Jourdanton. Lindenman’s roof tore off the front of her home, flew over her trailer into Fennell’s home next door.

Parts of Atascosa County seem to have blown away during the excessive strong winds felt throughout most of the day on Monday, February 25. Reports started coming in around 11:30 a.m.

Damages to roofs, awnings and buildings were received from Jourdanton, Charlotte and Pleasanton.

In Jourdanton, the roof was ripped off the Atascosa Annex II Building and at the office of Dr. Michael McFarland. County Commisioner Lon Gillespie assisted in removing and securing the roof at the Election Administrator’s office.

Neighbors Edita Lindenman and Letha Fennell live on Chestnut Street and both called the Express office to report damage. Much of the front porch roof ripped off of Lindenman’s home and flew over the trailer into the side of Fennell’s home.

Fennell remarked “I’ve never been through anything like this. I heard something hit the house. It opened kitchen cabinets and a cup and glass fell out.”

Primrose Volunteer Fire Department building was shifted about two feet when the strong winds lifted it from its foundation.

Pleasanton business, Jeff’s Auto Rebuilders, also had damage at their shop. Many homes experienced loss of shingles, peeling off the rooftops, in a random manner.

Charlotte saw damage to the football stadium as well as to area homes. 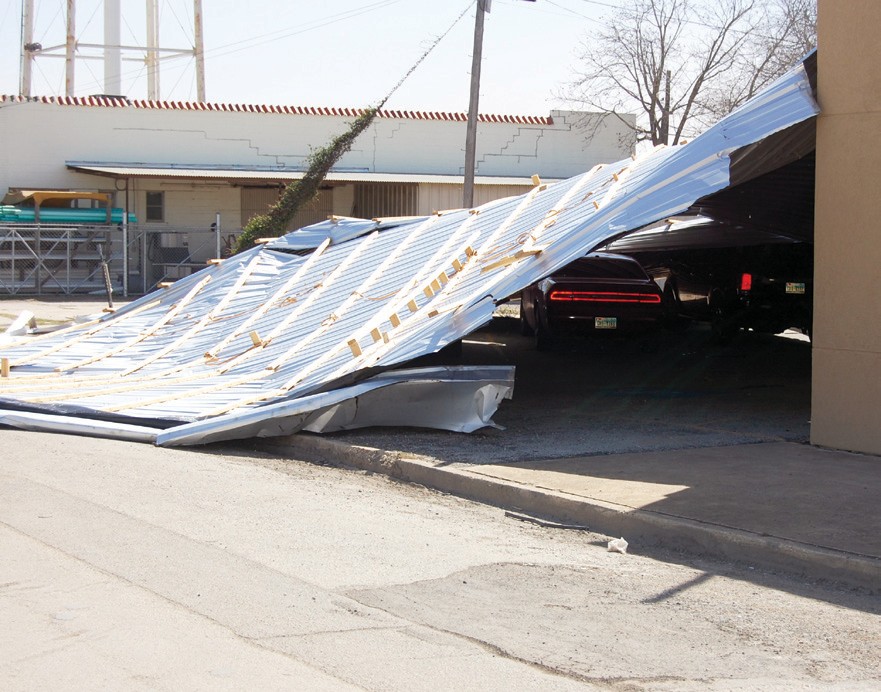 The Atascosa County Annex building in Jourdanton lost much of its roof and caused damage to vehicles parked nearby. 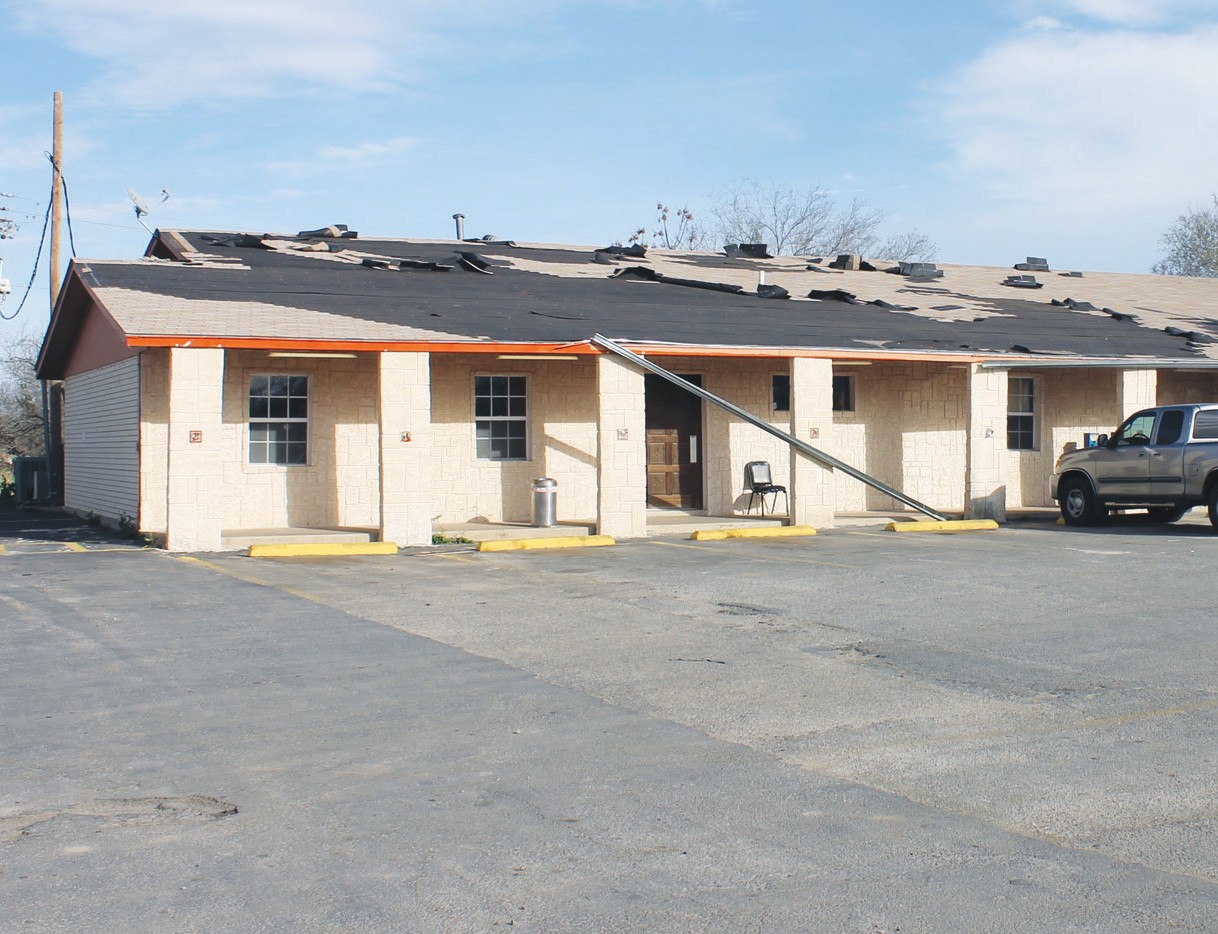 Playa Cancun Restaurant on South Main in Pleasanton received some roof and gutter damage from the excessive winds on Monday.