What happened to the voices of reason in America? 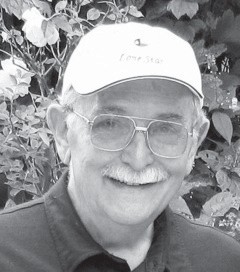 Upon retirement from more than half a century of active editing and publishing community newspapers, all I wanted to do was relax.

After a year, I realized that what I missed most was writing my column, which I’d done since 1958. So, I began to write again, discovered it was more fulfilling than ever, particularly since I didn’t have to be bothered with the daily chores, routines and headaches of producing a newspaper. Therefore, I could concentrate and give my full attention to writing as well as I am capable of doing and would be permitted the great arbiter of most treatises: research.

In determining to continue writing a weekly column, I figured self-syndicating would offer me a far greater readership than I’d ever had. Also appealing was the exposure and the input from dozens of communities.

I surmised that I had to do something I’d learned from folks as I grew up and during the various sojourns to publish papers in towns very similar to where I’d grown up.

Basically, that involves not sticking my nose in other people’s business. Expanding from that, an old country saw allows that you never talk money, religion or politics. My cowboy daddy was particularly keen on that.

It seems to me that a whole bunch of people in this country didn’t have practical cowboy dads (and the necessarily complementary moms) raising them.

Now, I don’t know about you, but I like reading material — newspapers, books, magazines — that give me as many views and experiences as possible, so that I can assimilate that information and make reasoned decisions in my life. Of course, those decisions are tempered by faith and by living a lot of years.

In newspapers, if there are opinion-editorial-commentary pages, I expect them to be labeled as such. And just FYI, by definition, an editorial is the opinion/position of the newspaper and its owners (It’s their money, so it’s their right). A column represents the views of the writer only. Letters to the editor are printed to give the views of the readers and subscribers to that newspaper.

As to whether you agree with an editorial or with a columnist’s point of view, that’s why the balance of letters is offered.

Predominantly, I believe America’s newspapers are conservative to moderate, with a few here and there that are consistently liberal. Everyone needs to understand, that people of extremes — far left and far right — are going to preach from their own especially designed litanies. There is little in any purely political undertaking that is, in this day and time, balanced and reasonable with appeal to all Americans.

That’s okay. Where we’ve fallen into a great trap or, perhaps, quagmire is in the refusal by most of us to consider any other position — in other words, we seemed to have lost the ability to accept reason no matter the source.

“If you are on the left, I hate you, because nothing you say makes sense and you want to give away everything.” “If you’re on the right, I despise you because you’re money hungry war mongers.”

Whether editing and publishing a paper or writing an editorial or column, I’ve always had a golden rule (for want of a more defining term): Is is good for the most people? …or for the particular groups it is supposed to guide, govern or assist.

Today, our elected officials seem hell-bent on following a particular party manifesto and compromise is out of the question.

Reason and a desire to act beneficially for all are essential to the kind of government called for in our Declaration of Independence and our Constitution.

Political propaganda, pontificating, posturing and pandering to special interests to gain a voice is anathema to reasonable governing.