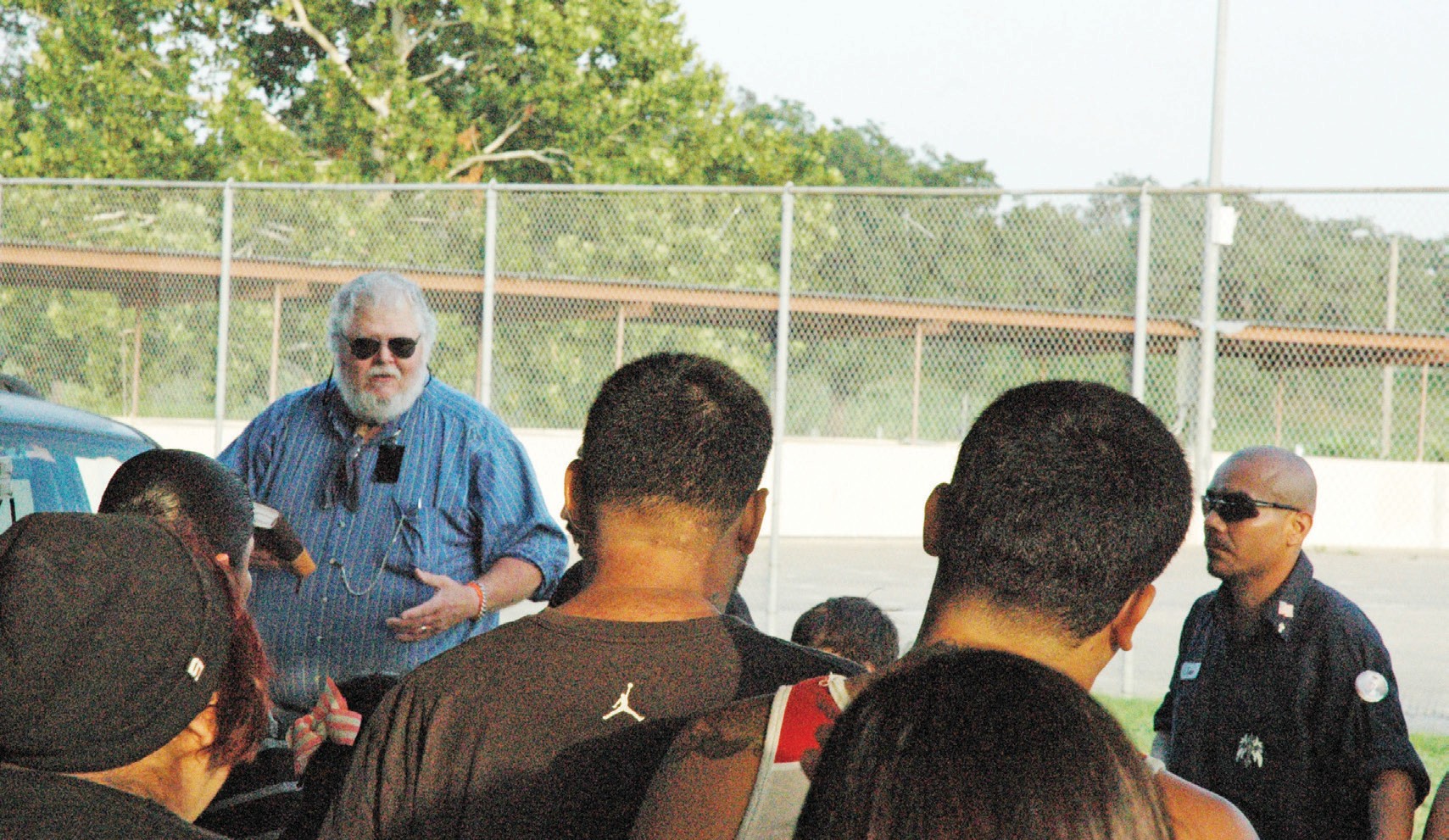 Kenneth Montgomery (left) offers prayers and comforting words to the families and friends of those who were killed and those who are still missing. Coordinator for the the event was Louis Coronado (far right), uncle of slain victim Daniel Coronado Jr.