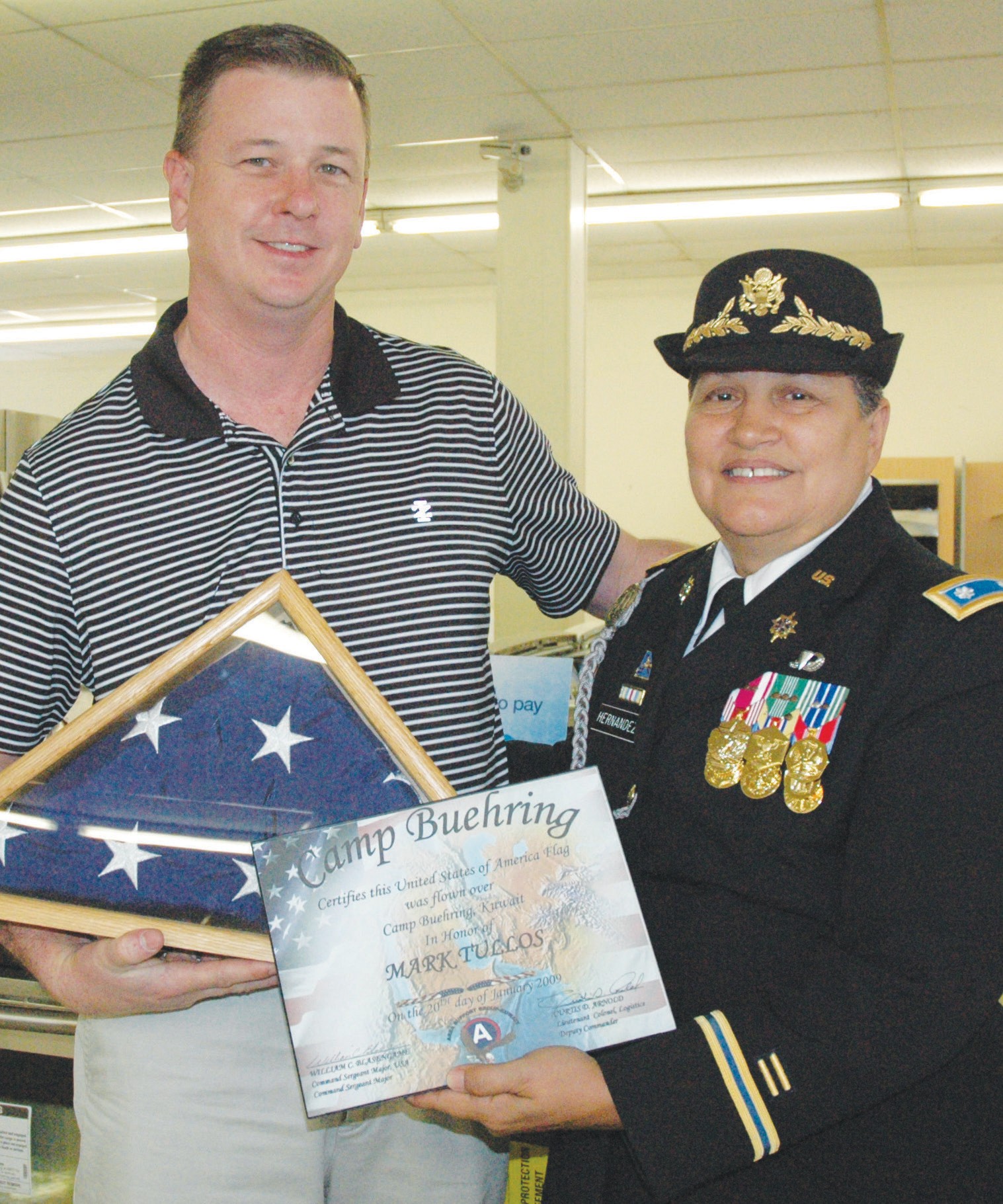 On a day where she should be honored for her service to our country, LTC Retired U.S. Army Veronica R. Hernandez made two stops in Pleasanton to show her gratitude to hometown folks with hometown service.

She presented framed flags that were flown over Camp Buehring, Kuwait and a certificate naming each honoree.

First stop was at the local Sears store to present the items to Mark Tullos. She also presented an Army Hooah coin to Annie Peña, too.

The next stop was to present another framed flag and certificate to Mike Ramsey, service manager at Kinsel Ford. She also presented a coin to Jennifer Jaksik, the dealership’s service advisor.

Hernandez, decked out in full Army dress, cited these individuals for always treating customers with the utmost care and for truly being stewards for our community – our hometown heroes, so to speak.

Just as the military are honored for their service to our nation, she felt that civilians who offer honest service of their trade should also be honored. 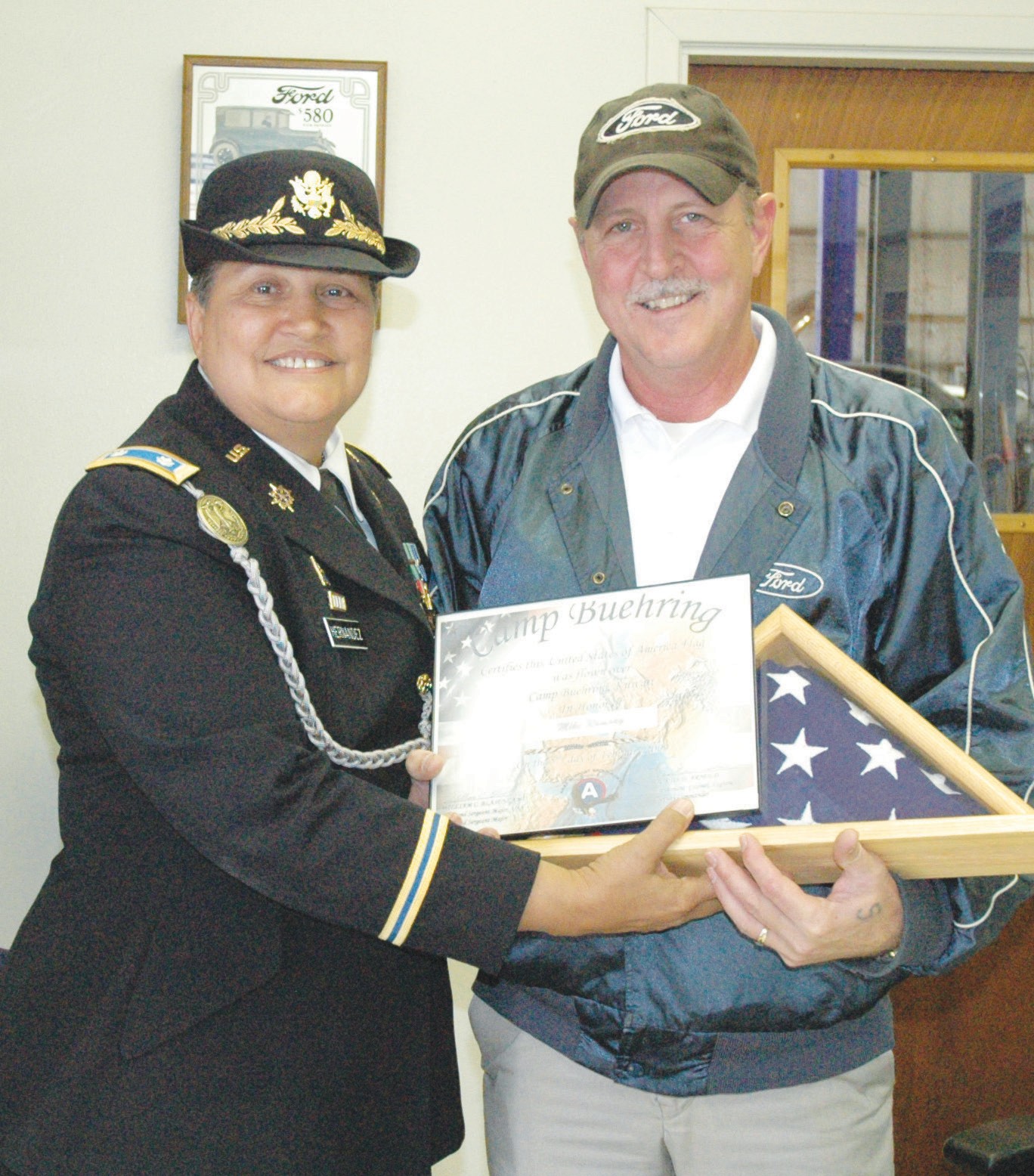 Mike Ramsey, service manager at Kinsel Ford in Pleasanton, receives a flag from LTC Retired U. S. Army Veronica R. Hernandez. It was flown over Camp Buehring, Kuwait during her 2009 tour. 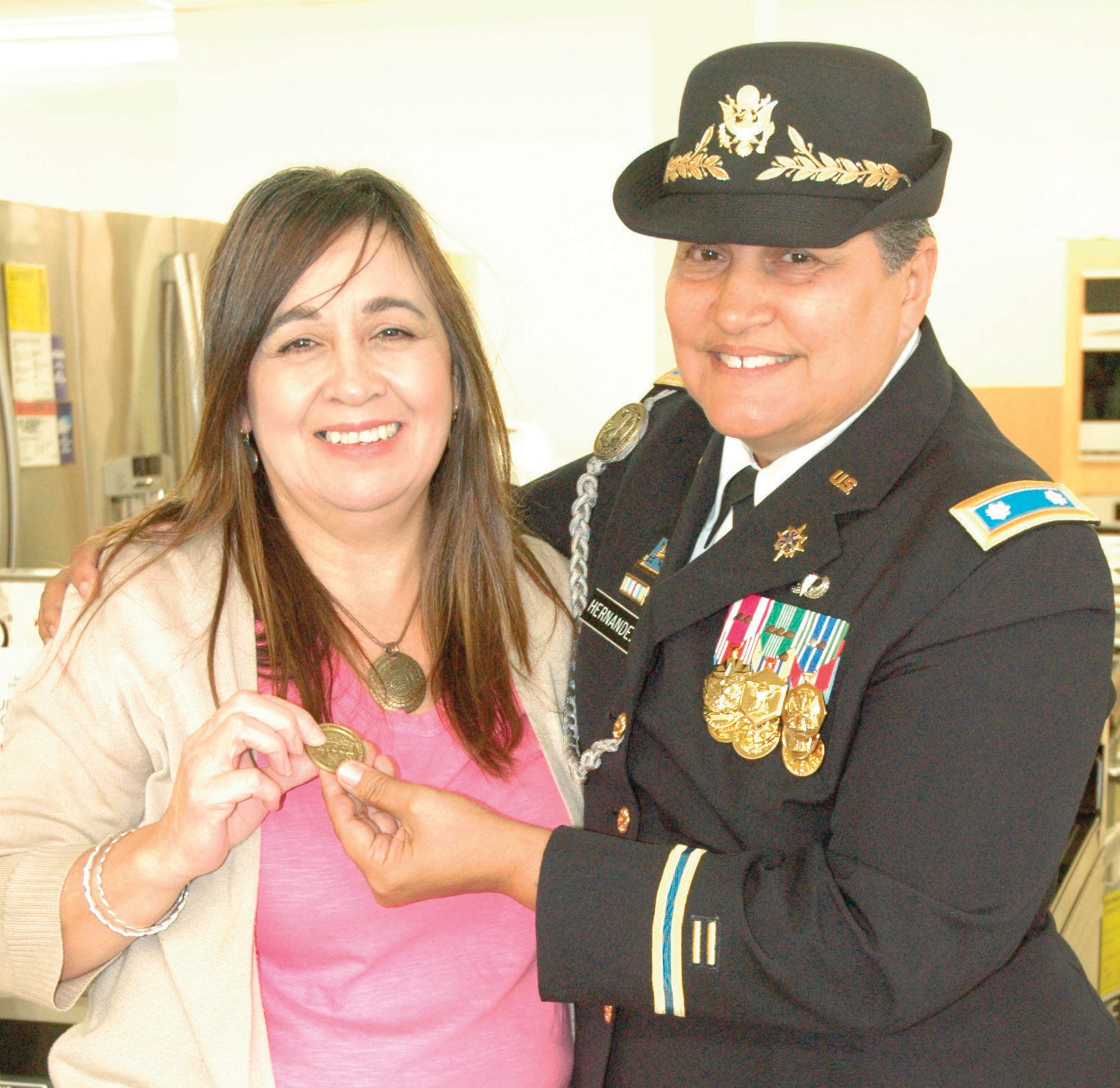 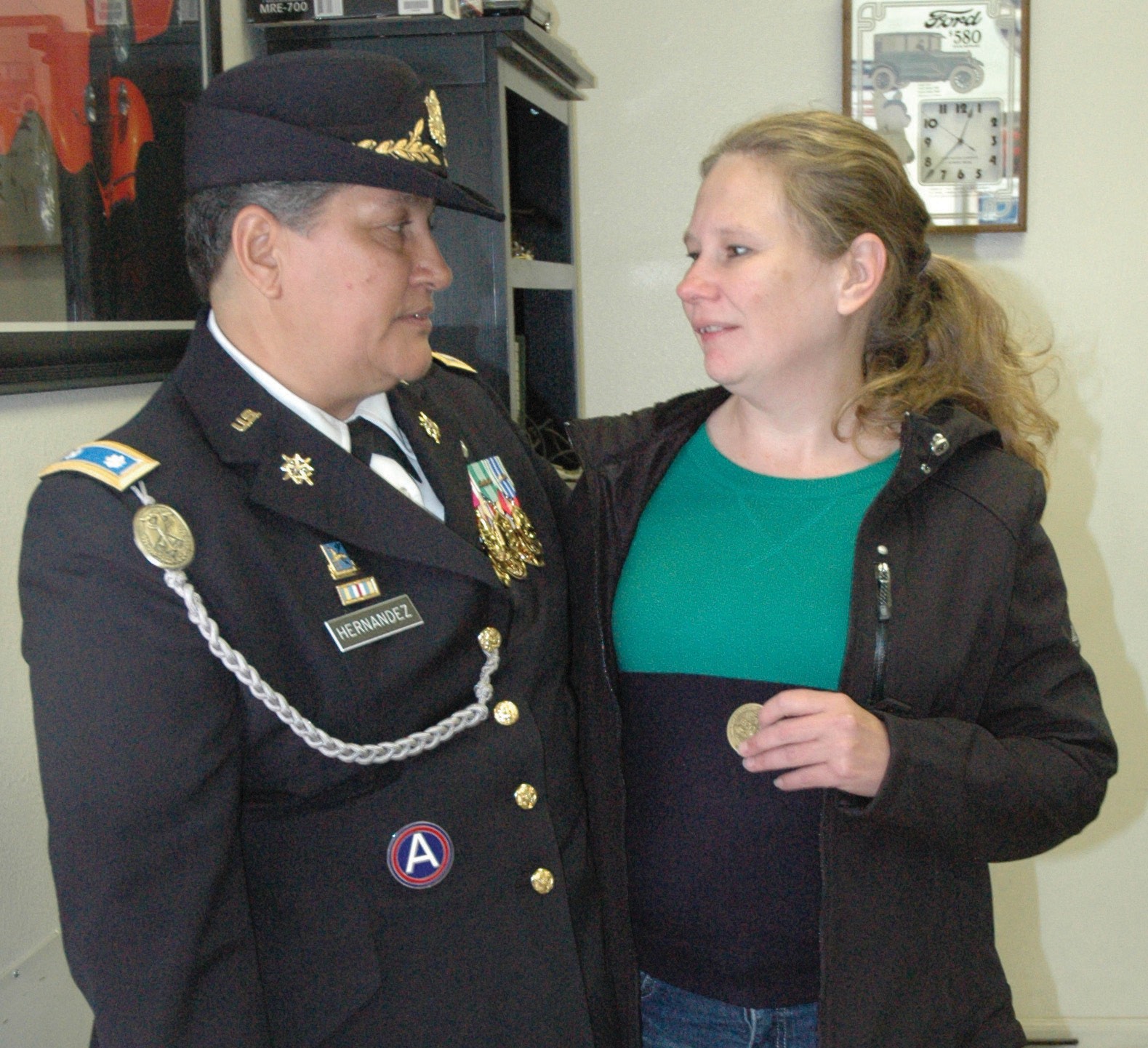 As a token of her appreciation, LTC Hernandez presents a Hooah coin to Jennifer Jaksik, service advisor at Kinsel Ford for her ongoing assistance to customers.