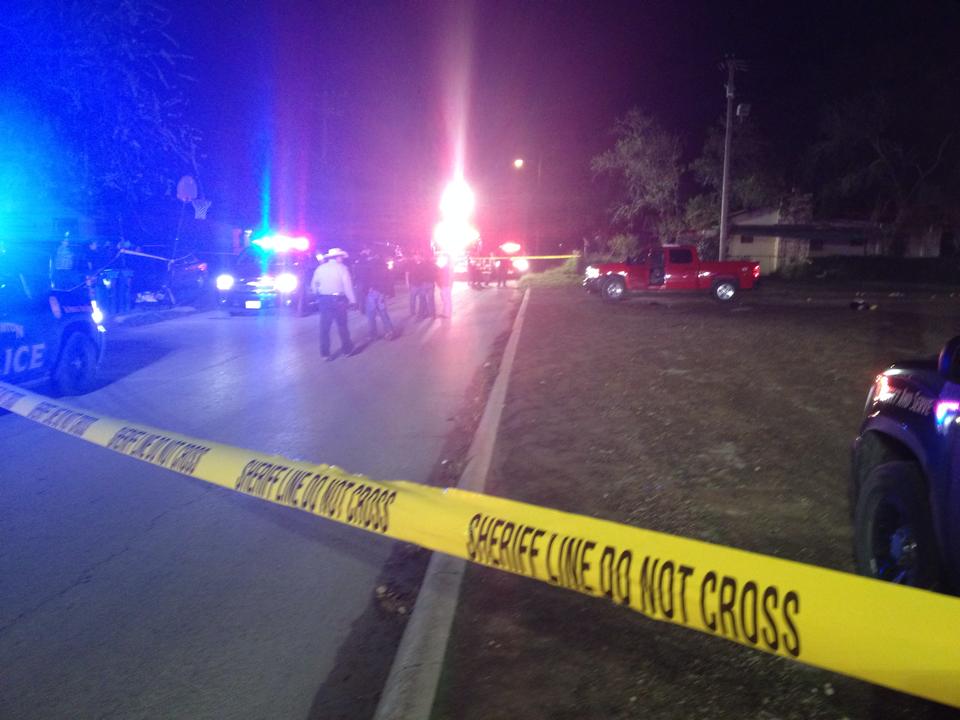 One died and two were injured when an argument over personal property escalated and shots were exchanged by both sides in the 600 block of East Adams St. around 7 p..m. Wednesday, December 2.

Lawrence Bert Cole Jr., 30, was airlifted to San Antonio Military Medical Center (SAMMC) where he later died. Another male and female were also injured and taken to a nearby hospital.

Pleasanton Chief of Police Ronald Sanchez confirmed that several rounds of ammunition were fired by both parties.”It is early in the investigation,” said Sanchez.

Investigators of the Pleasanton Police Department Criminal Investigation Division are currently following up on leads, the investigation is ongoing. He also said that the Texas Rangers are on their way and will be assisting as well.