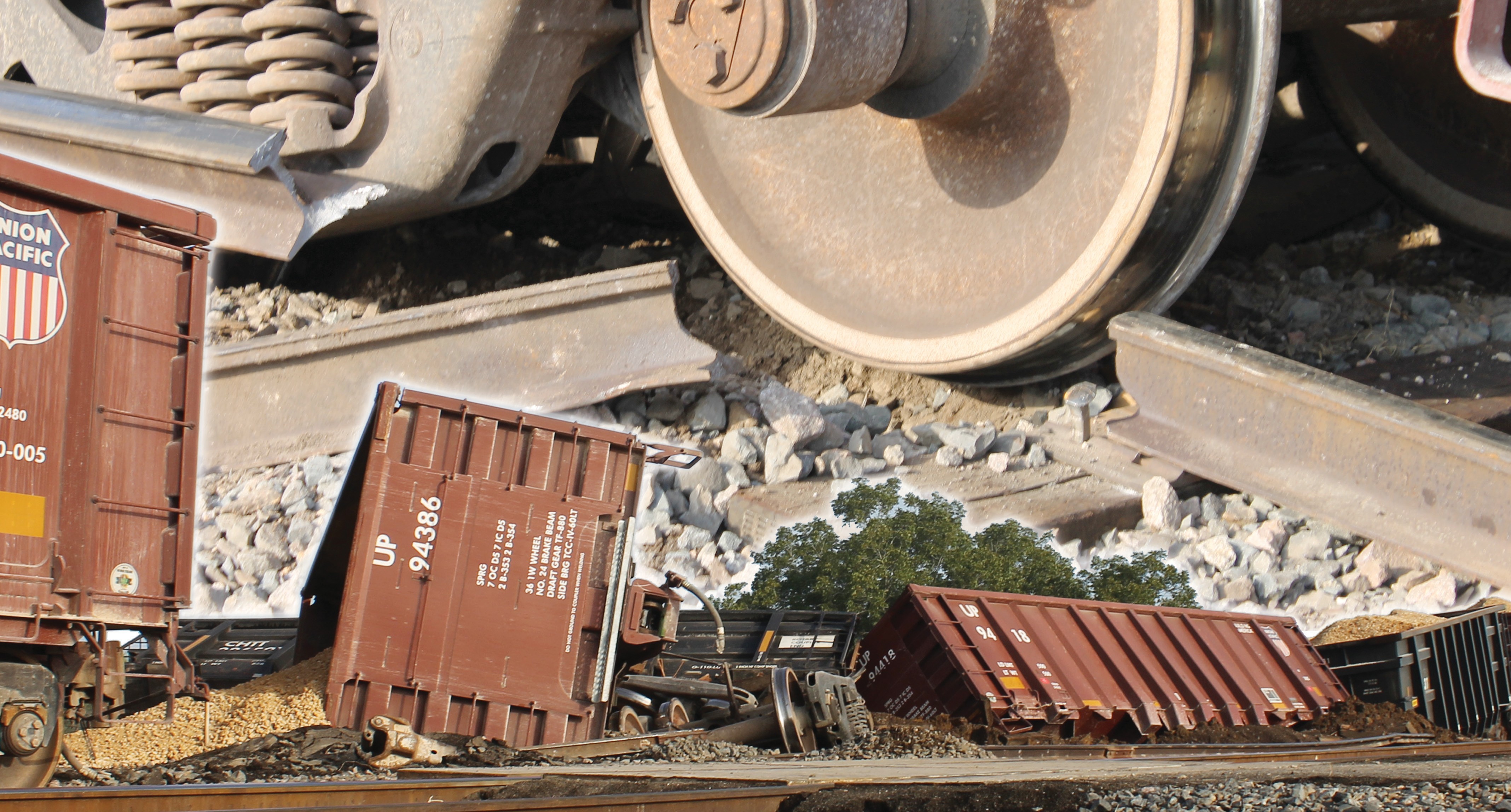 Five Union Pacific Railroad cars derailed around 8:00 a.m.Tuesday in Pleasanton along US Highway 281. The train, which was hauling gravel, was only going five miles an hour according to the conductor. Three of the five cars were in varying degrees of collapse after the mishap. No one was injured and no roads were closed. However, the entry way to Wilco Peanut Company located at 3391 US Hwy 281 was blocked. Union Pacific employees had to help the Wilco staff climb between cars to get to their office. Union Pacific is investigating the incident and will be working through the night to try to repair the tracks.