Train collides with vehicle on track 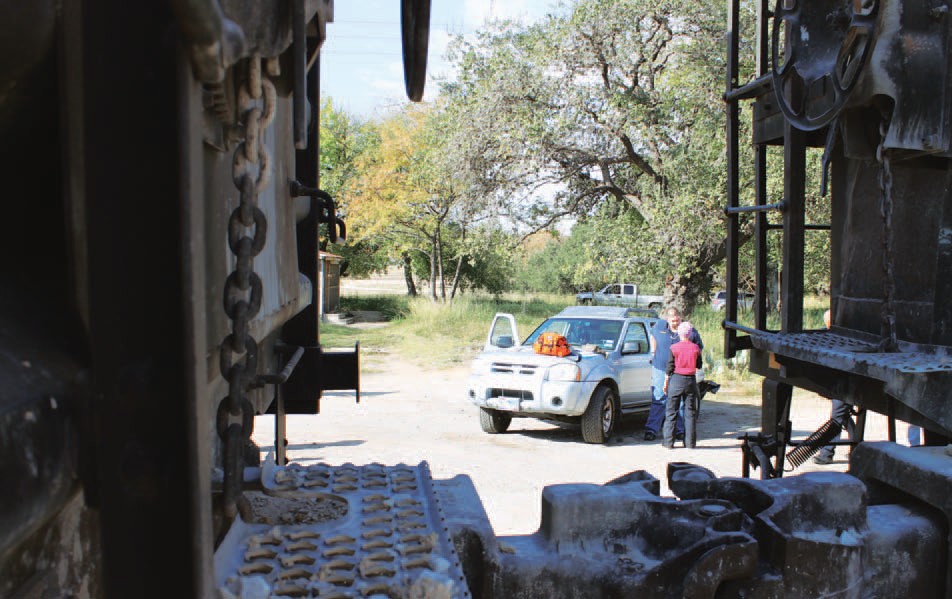 A truck was struck by a train when it failed to move oš the track after warning sounds. The accident backed up tra›c on Hwy. 281 and on Bensdale for almost an hour.

It was about 10 a.m. on Thursday, December 8, when a Union Pacific Railroad train collided with a truck.

A railroad spokesperson said the train was northbound when it struck the rear of the truck which was occupied by 67-year-old Lana Salter of Mission, Texas.

According to the UP Railroad, the accident occurred near the Trade Street crossing. “There is plenty of signage at the location” to caution vehicle drivers about the train. The report filed by the railroad says the crew sounded the warning signal as soon as they noticed Salter’s truck on the railroad track.

“She did not move her truck off of the track,” the spokesperson said.

The train stopped after the accident, but was at a point that it blocked U.S. Hwy. 281 (2nd Street). The blocked traffic had cars and trucks backed up from city hall on the south to the intersection with Hwy. 97 to the north.

Drivers then diverted to travel on Main Street and Bensdale Ave. to detour around the blockage.

However, the two streets quickly became blocked with traffic.