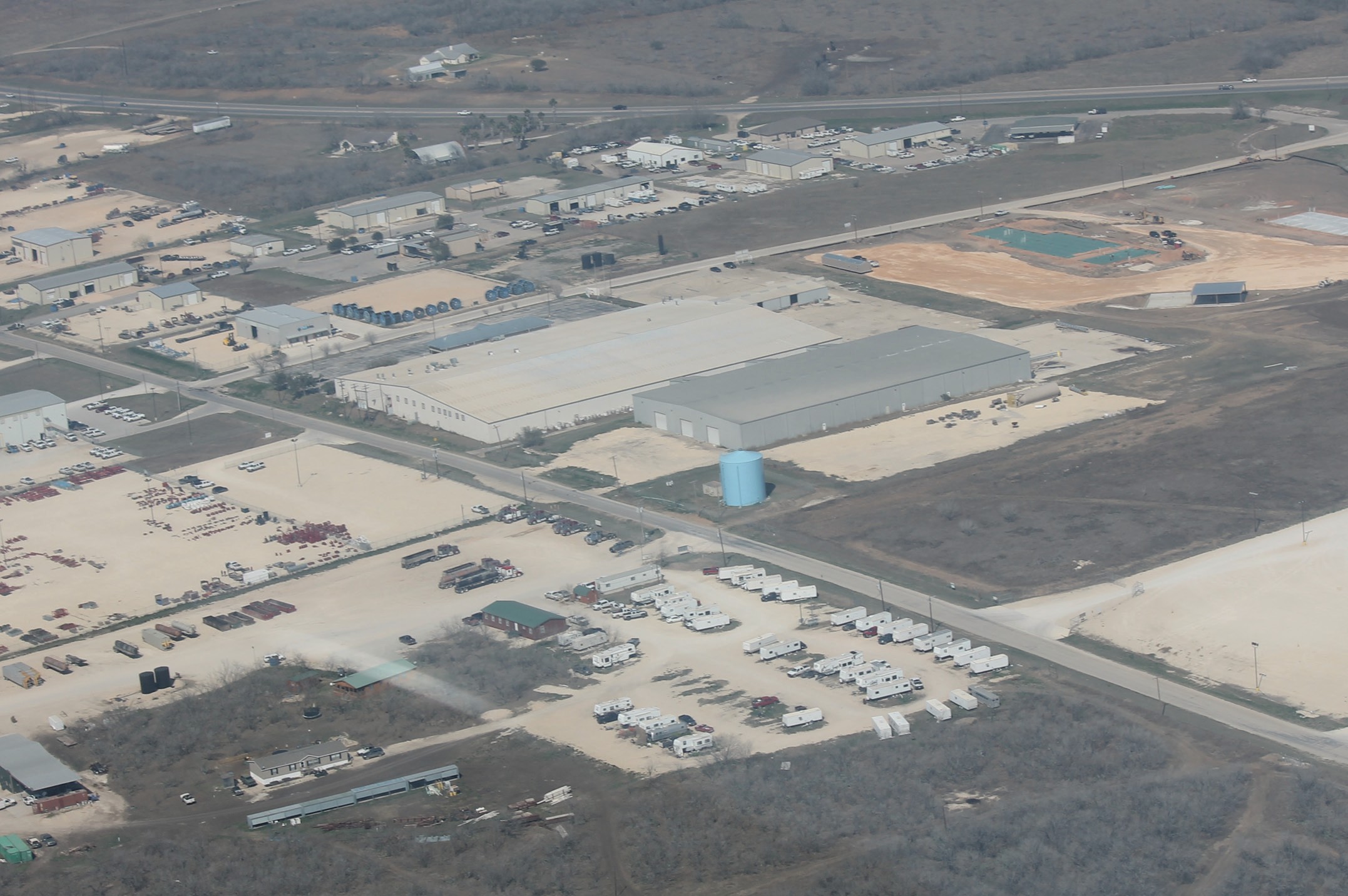 Aerial view of a portion of the Pleasanton Industrial Park where numerous petroleum service companies have chosen to locate. Photo was taken while flying with Clint Powell in his Cessna 182.