THIS LITTLE PIGGY DOES WELL AT SHOW 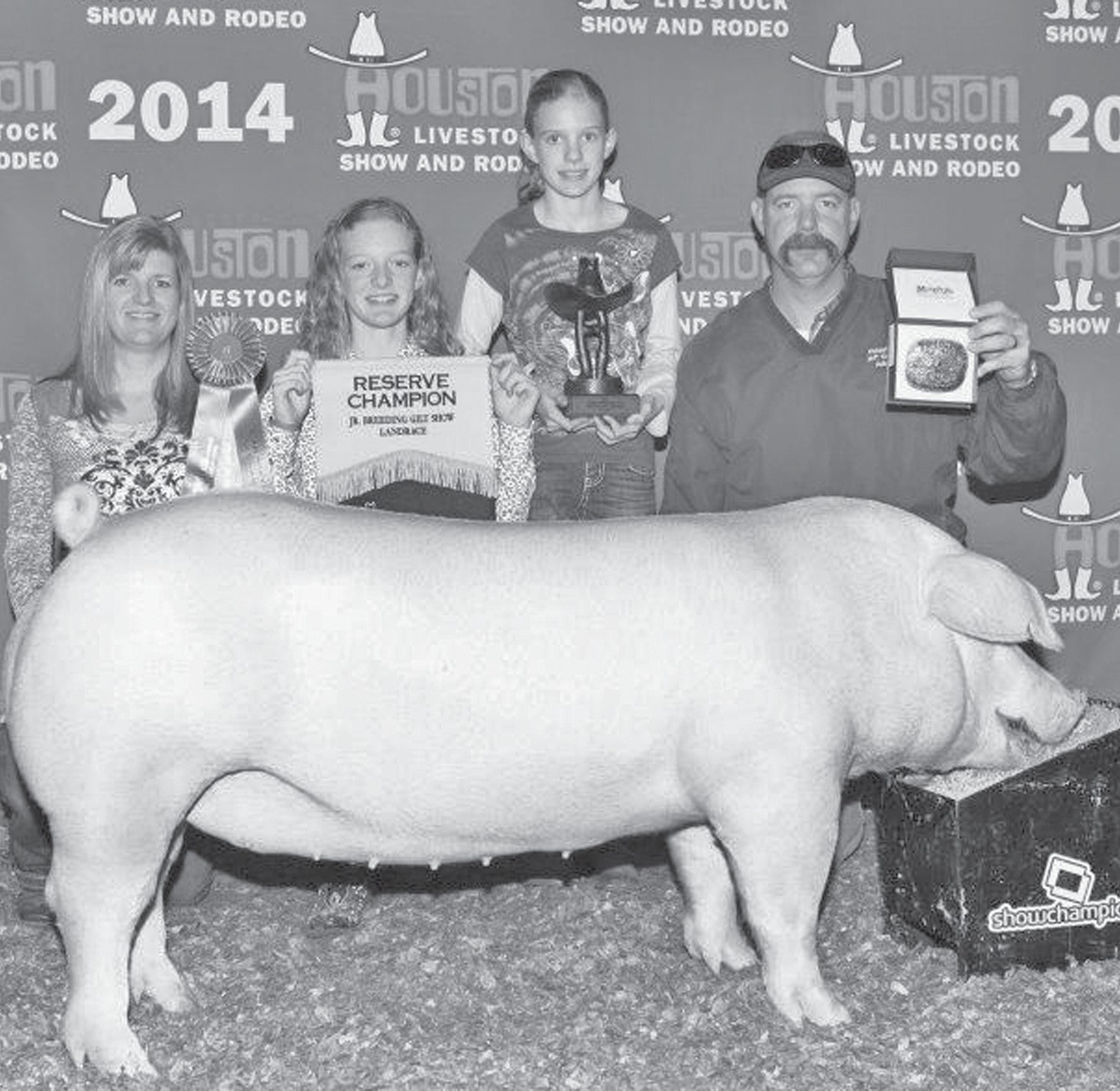 Jayci Kennedy (holding banner) exhibited the Reserve Grand Champion Landrace Breeding Gilt at the Houston Livestock Show. Jayci is a 7th grader at Poteet Junior High and is the daughter of Jeff and Stacey Kennedy, also pictured is her little sister Kayli. A special thank you goes out to Heffernan Genetics where the gilt was purchased from. She also placed 2nd at the Atascosa County Livestock show and 3rd at San Antonio Livestock show.

HOW DOES YOUR GARDEN GROW?Houston Livestock Show and Rodeo awards $12 million in educational scholarshipsVerdilizer