They will learn their lessons the hard way. 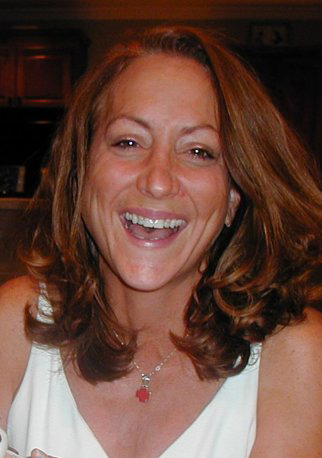 Growing up as a native Texan, that saying was used quite a bit especially when referring to teenagers. The sentence in my opinion was delivered with resignation and a hard lesson well-earned.

But, parenting today is a little different than when I was growing up. Most parents I know and when I say most, I mean moms, would go through hell and high waters for their children to not learn any lessons the hard way.

My twin 15 year old boys, Will and Zach, could not be more polar opposites. What I worry about in one is not even a thought where the other is concerned.

The other night, Zach, had a major project due that was 40 percent of his final grade. He had been given ample notice and time to get said project completed on time. Yet, I found him at 9:30 the night before project D day just starting this major assignment. My angst level rose and I knew well how the night would play out.

I found him wandering around the house, up and down the stairs, pulling and closing drawers, opening and closing cabinets. My “don’t be a helicopter mom” inner voice was begging me to just keep my mouth closed. But, my “black hawk” full on attack mode mom soon took over.

“What are you doing and why are you not up in your room working on this project that will make or break you in that class?,” I didn’t calmly ask. “I am looking for a bobby pin,” he calmly replied back. “A what?” I asked in a voice so high that the “wh” sound made a whistle. “A bobby pin to fix the toilet handle,” said he.

This toilet handle had been rigged back together umpteen different ways for months when the proper fixtures were right there for the fixing. Now, it seemed the pieces were lost and that there was no time like the present to take charge and mend it. I said to my son that he should just use another bathroom and to get back to work now.

“You are going to regret developing study habits like this where you end up torturing yourself by waiting until the last minute to get your work done,” I warned him as I reorganized the school supply cabinet by color coding markers, crayons, felt tips and pencils while also creating new cubbies for metal tools such as scissors, paper hole punchers and staplers. Did I mention that I had due the next day three articles for the newspaper that I had yet to start?

Why do teenagers act the way they do? Why the sometimes defiance, the lack of regard, bouts of parental annoyance and unnecessary risk taking.  These are some questions science writer David Dodd asked after his son was pulled over for driving 113 mph. science writer David Dobbs set out to understand what researchers know about the teenage brain. His cover story in the October 2011 issue of National Geographic titled, "Beautiful Brains," helps to explain what researchers and scientists have learned about the teenage brain.

The scientists and researchers of this report said that between the ages of 14-18 teens have a taste for risk and that it is related to the knowledge that soon they will be leaving the safety of their home and the constant care and decision making of their parents.

Adults think that teenagers feel they are invincible and science says something different. Research shows that teens are acutely aware of the risks that could get them badly injured or worse. But, teenagers way the benefits of the risk taking and most often think they outweigh the risks. An example of this is a teen speeding down the highway with a group of his or her friends. Yes, the teens are aware of the dangers, but to them the fun outweighs the risk. For most adults, speeding down the highway with our friends offers no excitement whatsoever. Not just because we don’t want to get a speeding ticket or endanger our lives, but because we have explored it many times and frankly it has lost its thrill. But, to a teen speeding is a new and exciting adventure that has miles and miles to go before it sleeps.

My other son, Will, is a thrill seeker. Since the time he learned to walk he has found ways to make my heart stop, my stomach flip and my mind to wander down dark and scary probabilities. I have just recently recovered from his two year love of skateboarding without pads or helmet on the streets of Austin. I tried to rally moms of his friend to put a stop to this nonsense, but most of them had older boys and were immune to the worry. They had lived through trips to the E.R. and all come out alive.

Now, Will, is gunning for his driving permit and the level of terror has returned and taken orbit. Teens all over the United States get their licenses everyday and take off on the streets of their home towns be it small or large. So, what could be so scary? This is just another step on the path to adulthood. Well, the number one most frightening thing are the statistics which bear out that the highest mortality rate of car accidents is for teenagers especially those who have just recently earned their license.

But, still hadn’t I told Will one day laughing that I drove to driver’s Ed class. This is a true fact. My Driver’s Ed teacher in Pleasanton, Coach Galindo, when he saw me drive up to Pleasanton High School parking lot for my class exclaimed, “Noel, you cannot drive to Driver’s Ed!” I responded seriously, “Well, Coach, how am I supposed to get here?”

Dr. Dodd wrote in his article that parents need to recognize that our teenagers are going to take risks as this is part of their transitioning from dependence on parents to being an independent adult. It doesn’t mean that we just allow risk taking willy nilly. But, he said that sit down talks rarely work with teens. He said that the way teen’s brains will learn best is by example and by modeling. Simple things such as how they see us handling stress, time management, our finances, how we treat our family members and conduct ourselves in our day-to-day life will do more than anything to teach our children how to find a life balance.

The article “Beautiful Brains” has taught me a life lesson the easy way by reminding me that as a parent my actions speak louder than words. All the worry, the warnings and the lectures will not change my children’s risk taking behavior be it risking failure in the classroom or seeking dangerous thrills. My boys will have to own the outcomes of their risks and learn from them even if it is the hard way. In the meantime, I will work to be a parent who hopefully can show them through how I live my life that there is a balance between the thrill of the moment and the thrill of a lifetime.