There’s a new chief in town 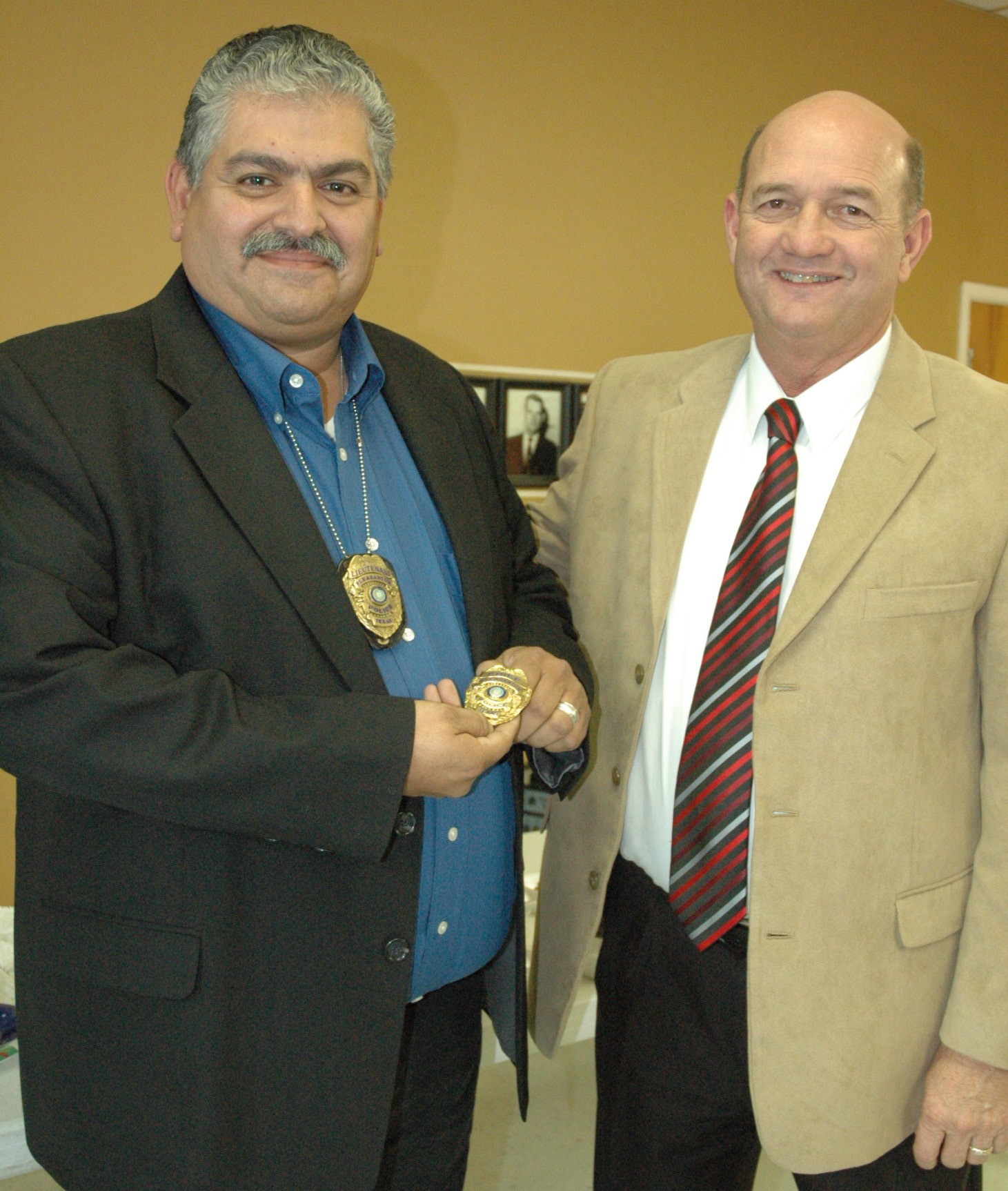 The announcement was made at the City of Pleasanton annual Christmas luncheon on Wednesday, December 5. City Manager Bruce Pearson said they had received about 50 applications from all over the nation.

The selection committee consisted of two State Law Enforcement officials and a Chief from the Gonzales area who sat in on the interviews.

They pored over each application. In addition to the application there was a scoring parameter that consisted of 21 questions – some about general knowledge and there were 10 questions the panel made up. Six were technical questions that had only one right answer and four were subjective questions. The last criteria was – do they fit? “The unanimous decision to hire Mr. Sanchez was a slam dunk for us,” said Pearson.

Sanchez, 47, was born and raised on the south side of San Antonio. The youngest of five, he and his three sisters and brother were raised by parents who instilled a strong work ethic. His father retired from Kelly Air Force Base and his mother retired from the Harlandale Independent School District.

“They taught me at a very early age that good things come to those who work hard,” said Sanchez

Chief Sanchez began his law enforcement career with the Atascosa County Sheriff’s Department and worked there for two and a half years. He then became a patrol officer with the Pleasanton Police Department. He was soon promoted to Patrol Sergeant and then Lieutenant. He and his family have lived in Atascosa County for over 20 years.

“I consider it an incredible honor to be chosen to be your Chief of Police. I feel like I have been here long enough to see the many changes that our small town has gone through. I see many bright things in our future. I feel very fortunate to be a part of it,” said the chief.