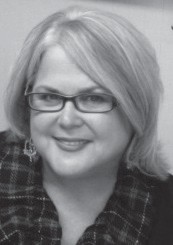 A week or so ago my son Daryl and his girlfriend Emily came over to watch a movie that he had downloaded earlier but had not had a chance to watch.

It was the war movie called “Unbroken”. It is a true story about men in World War II stranded at sea for over 40 days in the Pacific only to be captured and tortured in a POW camp.

The determination these men must have had to survive all those days at sea, only to be plucked from one uncertainty into another.

Much of the movie I was silent. A few comments were made back and forth.

After the movie, Daryl asked if I wanted to read the book. He said that it was really good.

Why? Because in my mind, I would have much worse thoughts than any movie could portray a scene.

I then had to share with Daryl that, though I have sketchy information, my father was captured and either released or escaped in the Philippines. This was after his tour in Germany. Suffice it to say that my father never talked about the war itself or what it did to him.

He only talked of the people he met and the experiences that he had.

I referred my son to my brother, who had more information. Since I was the youngest and only daughter, I was shielded from that portion of my father’s life.

The way I see it, if this movie affected me as such, I can only imagine how it affects those who have actually served in war zones over the years. Much love to these men and women!