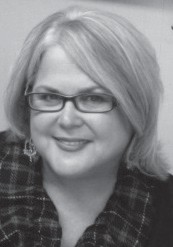 I have to admit…I was skeptical at first when I heard Cowboy Homecoming would be moving from August to October. But an open mind prevailed and after the event was over, I’m a changed woman.

While Friday was a bit sloshy during the day, the weather cooperated and held off once it was time to announce Kianne Rowinsky as this year’s Cowboy Homecoming Queen. A bit of a chill was in the air but it didn’t stop folks from coming down and listening to Mark Sebby and Stoney Larue.

On Saturday morning, the Cowboy Gallop numbers were down a bit, but it may have been due to other races in the area.

And I’ll admit, when you are used to wearing shorts and flip flops, it just seemed weird to wear a jacket and a scarf to watch the parade!

But later that afternoon, walking around the grounds and seeing the parents with their darlings competing, barbecue cook-off participants ‘cuing, children playing in the playground and riding the rides at the carnival, it sure seemed everyone was in a better mood and enjoying themselves.

And while I heard I missed out on the Saturday night entertainment – LC Rocks and Randy Rogers Band, I can honestly say that I really enjoyed the fun times and cooler climes at the 47th Cowboy Homecoming.

Much luck to more successful events such as this one.

SUE BROWN is the Editor of the Pleasanton Express.