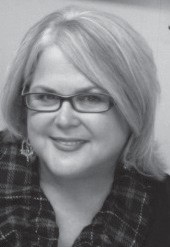 My crush started over 35 years ago with Gary P. Nunn. Not that I pined for him romantically, but I immediately became a fan of his music when he was in the Lost Gonzo Band.

I’d go hear him with my roommates at Soap Creek Saloon, Armadillo World Headquarters and The Broken Spoke.

His hit “London Homesick Blues” was the theme song for Austin City Limits on KLRU. As students, we’d go listen to the tapings of the show at the UT Communication building which house the studio. “I wanna go home with the armadillo…” is still one of may favorite choruses.

I had a chance to meet Gary P. Nunn at a Cowboy Homecoming celebration years ago. When I mentioned that I’d been a fan since his Lost Gonzo days, he looked at me and said “Well, darlin’ we go way back, don’t we?”

Thanks to Pleasanton Young Farmer Randy Rice, I got to chat with Nunn again before his show at the Cowboy of the Year Rodeo Festival.

He was still gracious, and I mentioned his comment years ago. I even had him autograph my phone case and get a photo with him again.

Later on, he wanted all the ladies to get on the dance floor during his new release “Adios Amigo” song. I was on the sidelines until he looked straight at me and said “Ok, Miss Armadillo World Headquarters, get out on the dance floor!” I obliged and had a great time. The way I see it, I realize that I’m not some teenybopper, but I can still be star struck with people that I deem worthy of star status. Gary P. Nunn is that person in my world.

SUE BROWN is the Editor of the Pleasanton Express. Contact her at 830-281- 2341 or sbrown@pleasantonexpress.com.