The only place to go is up

Pleasanton ready to go back to work 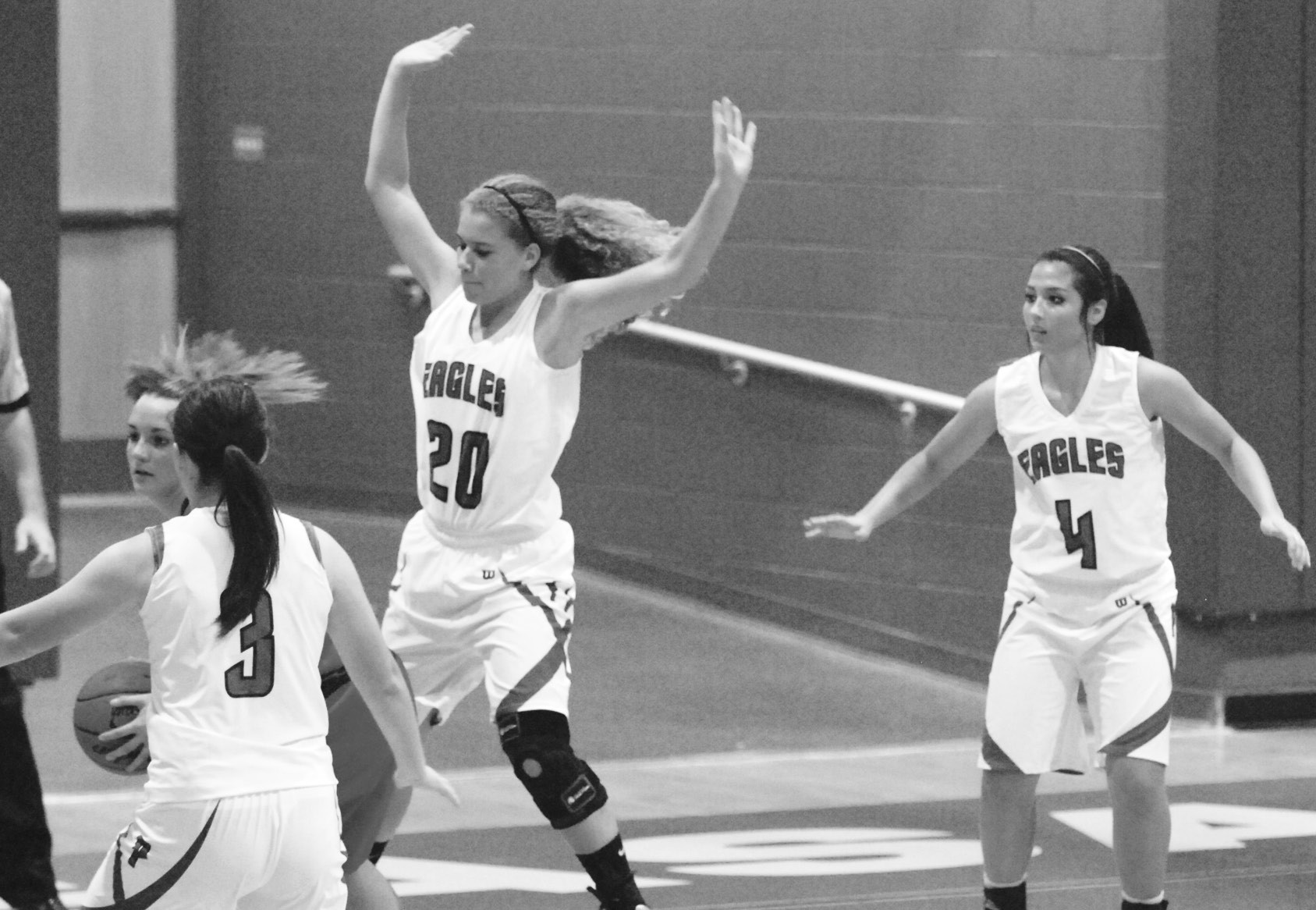 History does not play nice, to the Pleasanton Lady Eagle Basketball program. Looking back over the last 15-years, Pleasanton has not seen much success on the hardwood. Un­der second year Head Coach Katy Palacios, Pleasanton is hopeful of building a program as she will return five players with varsity experience to a squad who went 5-25 overall last season and 2-10 in 28-3A.

The girls are working hard in practice and doing what we are asking them to do. Our saying this year is TOGETH­ER: ITS UP TO US. Our goal this year is to improve our record, and make the play­offs and the girls know what they have to do in order to do that, stated second year Head Coach, Katy Palacios.

Coach Katy Palacios may have a new last name since she was married during the off-season, but her approach of teaching the fundamentals of basketball has not changed. Palacios enters her fifth season with the Lady Eagle program overall as she served as an assistant for her first three seasons.

Palacios a Devine native is no stranger to the world of basketball as she played all of her school years for the Devine Arabians under long time Coach Jim Sessions. Life has been about basketball and she is not one who takes los­ing well.

With a re-vamped Dis­trict 28-3A, the challenge of making the playoffs will be anything but a cakewalk, but there are fewer teams they will have to get past to reach the golden road.

Who is back for Pleasanton? The Pleasanton Lady Eagles will return a number of famil­iar faces as well as a few new ones.

Looking forward- Accord­ing to Coach Palacios, the team strength this season will be their defensive effort. As far as a weakness is con­cerned, she did not know just yet what that might be, but knew there is plenty to work on this season.

Pleasanton will be run­ning their Motion offense and will play Man-to-Man defense.

The last time Pleasanton advanced to the playoffs was in the 1996-1997 season.

Schedule Outlook- Pleas­anton got off to a rough start dropping their first two games of the 2012-2013 season. Pleasanton dropped their season opener on the road on November 6th against state ranked 1A Falls City. The Beaverettes showed no mercy dominat­ing Pleasanton from the start, picking up an easy 84-12 victory.

We talked about Falls City coming out and how they would put pressure on us. We came out a little slow and as soon as they pres­sured us we freaked out. We did get a few baskets off of our press break, but we didnt handle their pres­sure well. Playing against Falls City is a taste of what the playoffs would be like, stated Katy Palacios.

Pleasantons Cyan Robles led the team scoring nine out of the twelve total points on the night.

In the second game of the season, Pleasanton hosted the Cornerstone Lady Warriors in a game many thought would be manage­able.

The Lady Eagles had their chances offensively, but sim­ply didnt take advantage of open looks. Rebounding and second chance points also cost the Lady Eagles, as they fell to Cornerstone 44-24.

We played well together as a team, but couldnt hit a shot, stated Coach Palacios.

Pleasanton was led on the scoreboard by freshmen To­rey Dumont who had seven points, as Ashston Lopez added five and Jenna Yow added five points.

This weekend, the Lady Eagles will host their home tournament as Waelder, Karnes City, S.A. Hawkins, Devine, Luling, Pearsall and Poteet come to town for the two-day event. See the tour­ney bracket on our website for game times.

Pleasanton will also com­pete in the Pearsall Varsity Tournament.

This season 28-3A will have two new face in the Somerset Lady Dawgs. Pleasanton will face Somer­set, S.A. Hawkins, LaVernia, Poteet and Sam Houston in district play. Cuero, Yoakum and Gonzales have left the district, which saves on plenty of late night bus trips east.

As you can see, the road to success will be anything but easy, but Coach Katy Palacios and the Pleasanton Eagles are ready for the challenge. The most prom­ising thing is, the offense Palacios has implemented has shown plenty of open looks. Now, the Lady Eagles must work on hitting those open shots.