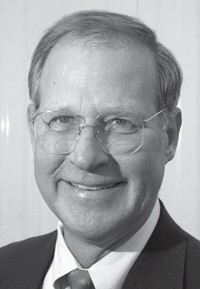 LBJ was Senate Majority Leader when fellow Sen. John F. Kennedy beat him for the Democratic presidential nomination in 1960. But because he was a powerful senator, from a critical state, Kennedy picked him as his running mate.

LBJ might never have been a senator had Texas copied the 39 states without runoffs in primary elections.

In 1948, Johnson, after 11 years in the U.S. House of Representatives, ran an open Senate seat. The most formidable of the 11 Democratic candidates was former Gov. Coke Stevenson.

Stevenson had been speaker of the Texas House and lieutenant governor. He became governor in 1941, when Gov. W. Lee “Pappy” O’Daniel won a special U.S. Senate election.

Since 1918, Texas law says it takes a majority to win a primary. Otherwise, the top two have a runoff. LBJ’s infamous 87-vote victory came when a late ballot box appeared from a South Texas county, that added more than 200 votes to his total.

And then he was elected vice president; became president Nov. 22, 1963, when Kennedy was assassinated in Dallas; and won a landslide election in 1964.

LBJ also had two special elections, where runoffs weren’t held. Until 1959, special elections to fill vacancies had no primaries, or runoffs. All candidates, regardless of party, ran on the same ballot. Whoever got the most votes – even without a majority – won.

That’s how Johnson got to Congress in the first place.

LBJ, from the county in the 10th District with the fewest people, faced several candidates, including a state senator, a county judge, and an Austinite endorsed by the city’s popular mayor.

Had there been a runoff, backers of the other candidates might have voted for the runner-up.

Had there been a runoff, LBJ might have gotten more of the also-ran vote than O’Daniel – and become a senator seven years sooner.

Cornyn and Cruz likewise wouldn’t have gotten to the Senate without runoffs.

Cornyn was elected to the Texas Supreme Court in 1990, and attorney general in 1998. In 2002, running for a vacant U.S. Senate seat, he got more than 77 percent in the Republican Primary over four minor candidates.

In November, he trounced Democrat Ron Kirk, a popular African-American who’d been Dallas mayor and Texas Secretary of State.

Cornyn got 32.2 percent in the primary. Pauken got 29.7 percent. But Williamson got 38.1 percent. Without a runoff, Williamson would probably have been attorney general, and Cornyn probably would be practicing law.

But there was a runoff, attended by less than half as many voters as the first primary. Cornyn won with 57.9 percent. After four years in the limelight as attorney general, he breezed on to the Senate.

But seven other candidates got 21.2 percent, denying Dewhurst – or Cruz — a majority.

And Mr. Cruz went to Washington, where he now seems to be running for president.