Sweet Side of Tamales 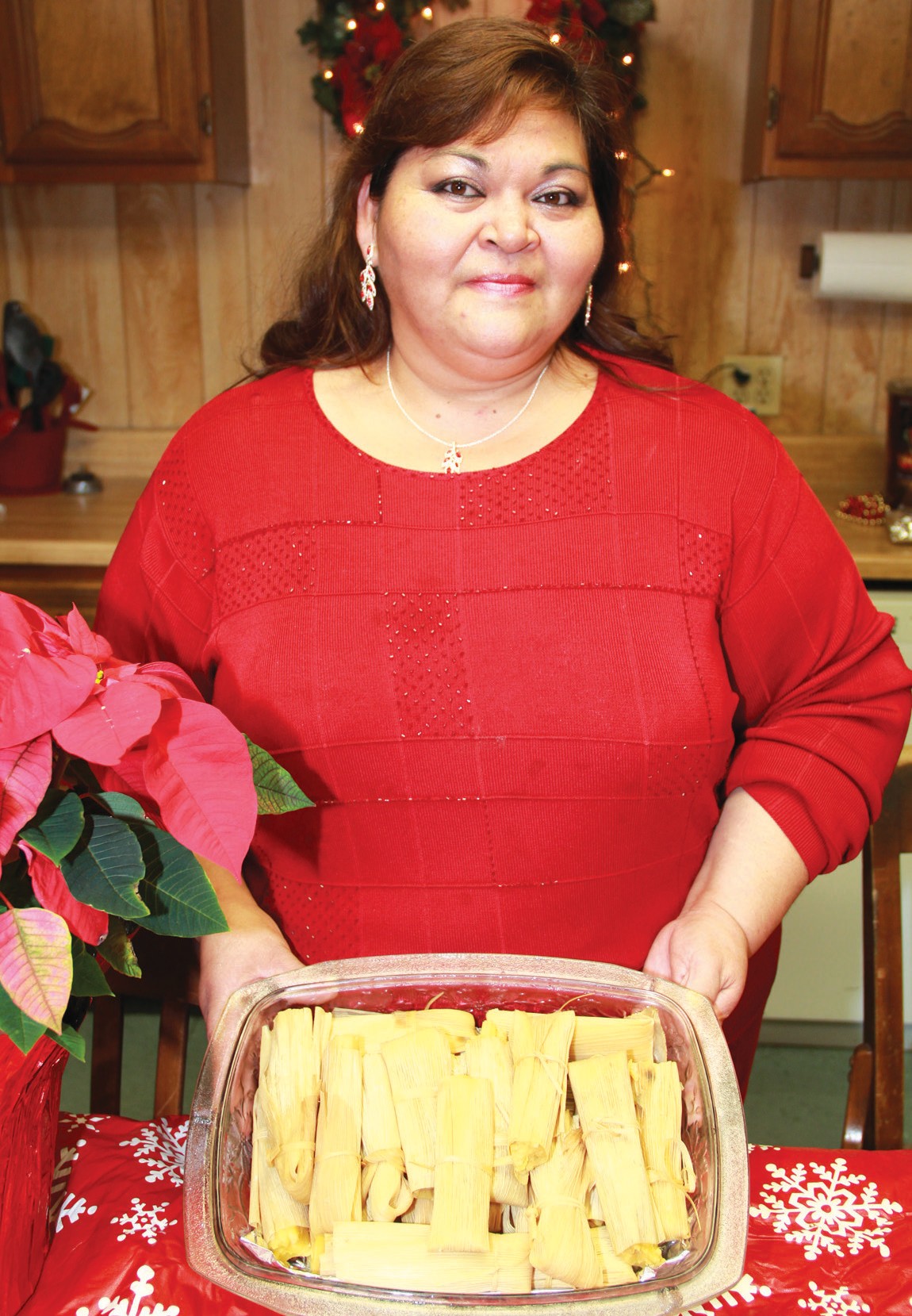 Oh, tamales! A delicacy most Texans look forward to having not just during the holiday season but year-round. Growing up in a small South Texas town, I watched my grandmothers do the tough work of making tamales by the dozens every winter. I even learned a bit by observing, and when I was old enough they allowed me to help with different tasks like cleaning the corn husks or spreading the masa. Unsuccessfully, might I add, as I often made a mess of things. The only tamales I’d ever eaten were pork, and when I was older I tried other types. I’d never heard of a tamale made out of fruit until I met Carmen De la Torre.

De la Torre brought our staff two dozen pineapple tamales to try out. Needless to say, they were a hit. She makes all kinds of tamales, but her fruit tamales have become a specialty.

“I enjoy making a variety of flavors and trying out new things. It just depends on whatever I’m in the mood to make,” said De la Torre.

Her varieties of tamales include those with ingredients such as strawberry, banana, pineapple, nuts and coconut. She regularly searches for new pastry recipes to try.

“My aunt gave me a recipe book that shows how to make pastries, Mexican candies, cakes, and capirotada. But, some of my favorite things to make are buñuelos, tamales and different kinds of flan. In my home, after dinner there’s always a dessert to be had,” she said.

Although she could be making a profit on her tamales, she enjoys giving them away. She usually only makes them for a select group of people or families who need them or Secret Santa gifts and sometimes sends them to the local police department. Sharing her cooking talents are special to her, but she enjoys helping preserve a precious Mexican tradition.

“It’s a lot of work and not everyone knows how to do it. For me, it’s important for people to learn about these Mexican traditions and conserve them,” she said. “I try to show people and bring them to try Mexican dishes and other flavors of Mexico. Some people only know how to make sandwiches or hamburgers and there are many people who have never had a tamale. They don’t understand the sentiment behind it all or have time to be in the kitchen,” said De la Torre.

The most difficult task in making tamales is preparing the masa. However, De la Torre says eating them and watching the reactions as people enjoy the taste of her tamales is her favorite part. Fortunately for us all, De la Torre was willing to share her recipe with us and our readers. If you’re looking to try a different tamale recipe, this is definitely a recipe worthy of trying.

Pineapple Filling Prep: Cut pineapple in small chunks. In a small saucepan, add 1 cup of water, 1 cup of sugar, and pineapple and bring to a boil. Once it has been boiled, allow it to cool down.

Cornhusk Prep: Cover the husks with very hot water and let stand for a few minutes until the husks are pliable.

Tamale Prep: Take 1 corn husk and spread the pineapple masa mixture. You may add coconut, raisins and pineapple chunks, as you’d like. Wrap the tamale.

When all the tamales are wrapped, place them on a steamer. Cover the tamales with foil paper for approximately 1 hour or until masa is separating.