This year’s Strawberry Grower of the Year, David E. Reyes, captured both the Grand Champion and Reserve Grand Champion title, making him the seventh grower to win Sweepstakes in the festival’s history. His berries were judged prior to the Poteet Strawberry Festival Auction. His crate of winning Albion berries sold for $14,800 on April 11.

Reyes’ captured Reserve Grand Champion with his strawberries of the Chandler variety. They sold for $5,550. Primary bids were $2,450 from Silver Eagle Distributing- Bud Light and $1,000 from H-E-B. Other contributing bids were $400 from Alamo Attractions, $300 from Poteet

Along with Albion and Chandler, Reyes also grew berries of the Seascape varieties this year.

“I couldn’t have done it without my family,” said Reyes. “It may be my name on there, but it takes my whole family.”

He especially thanked his cousin Joel Garcia, his uncle Albert Reyes and his father, David Reyes.

Riggs said that this year’s entries were very uniformed in flavor. He acknowledged that this year the weather was not on their side, as the crops needed more sun.

He later said, “We appreciate the growers,” said Riggs. “They do a great job and their product is A1. They use few if any chemicals.” 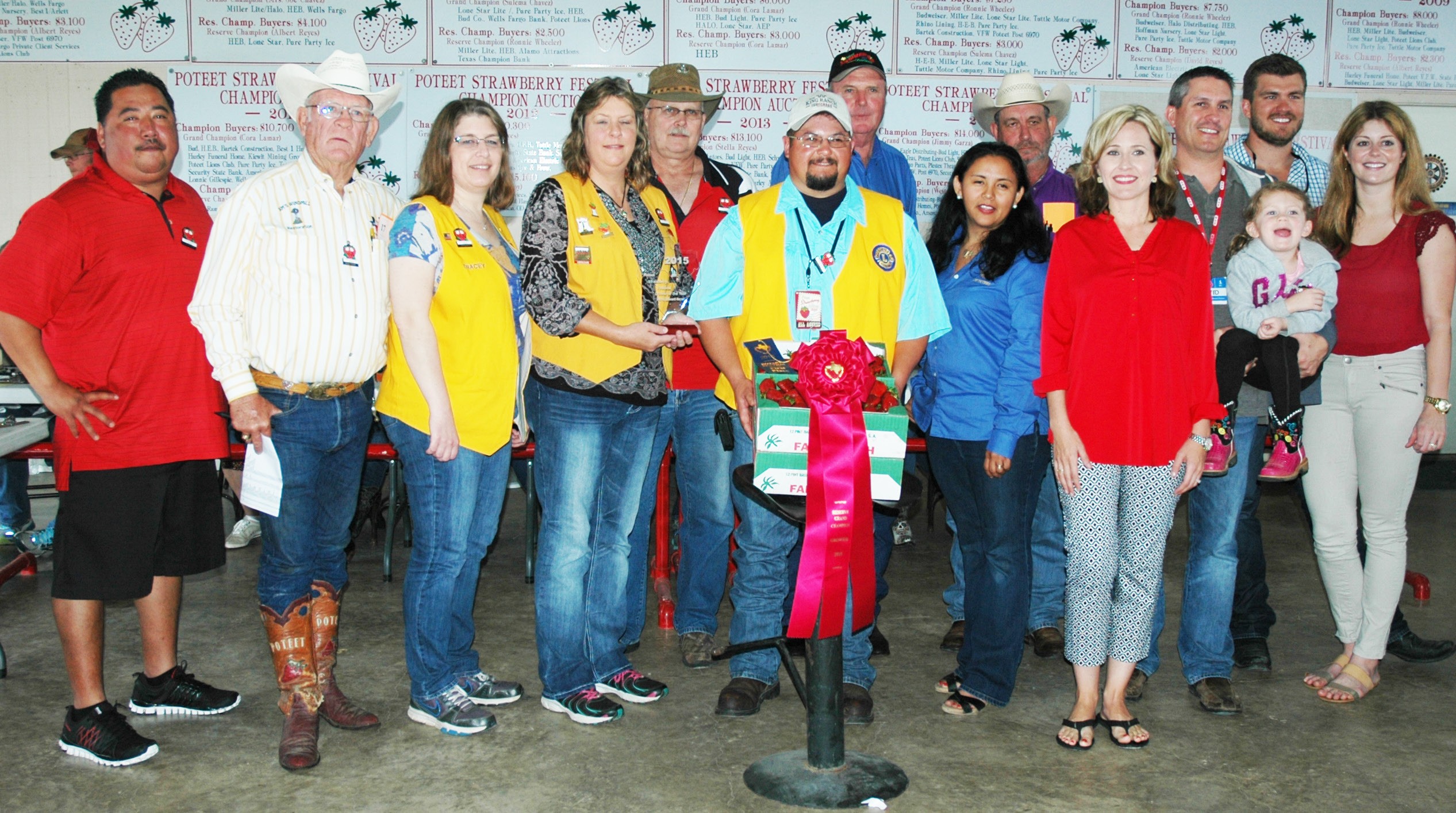 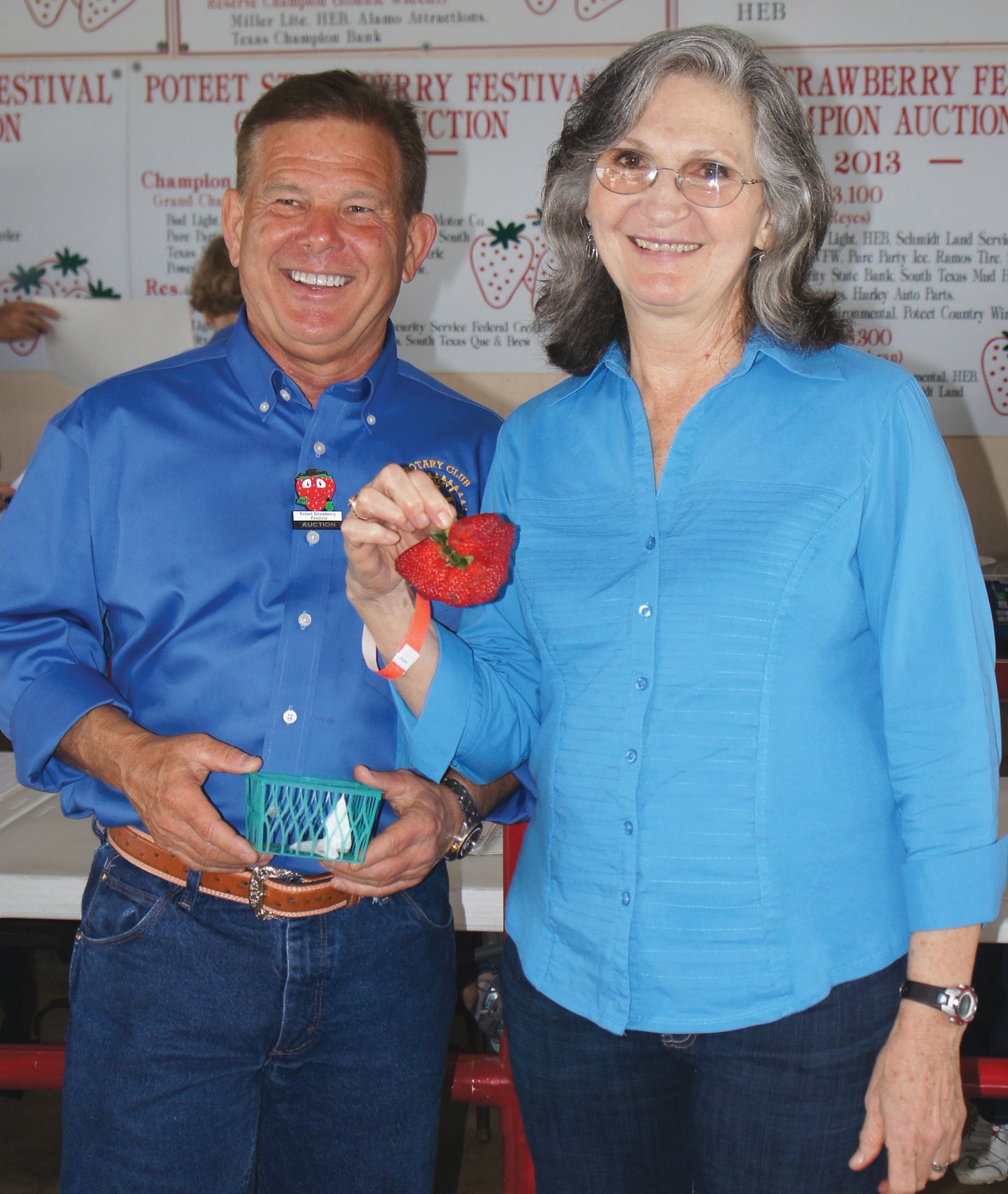 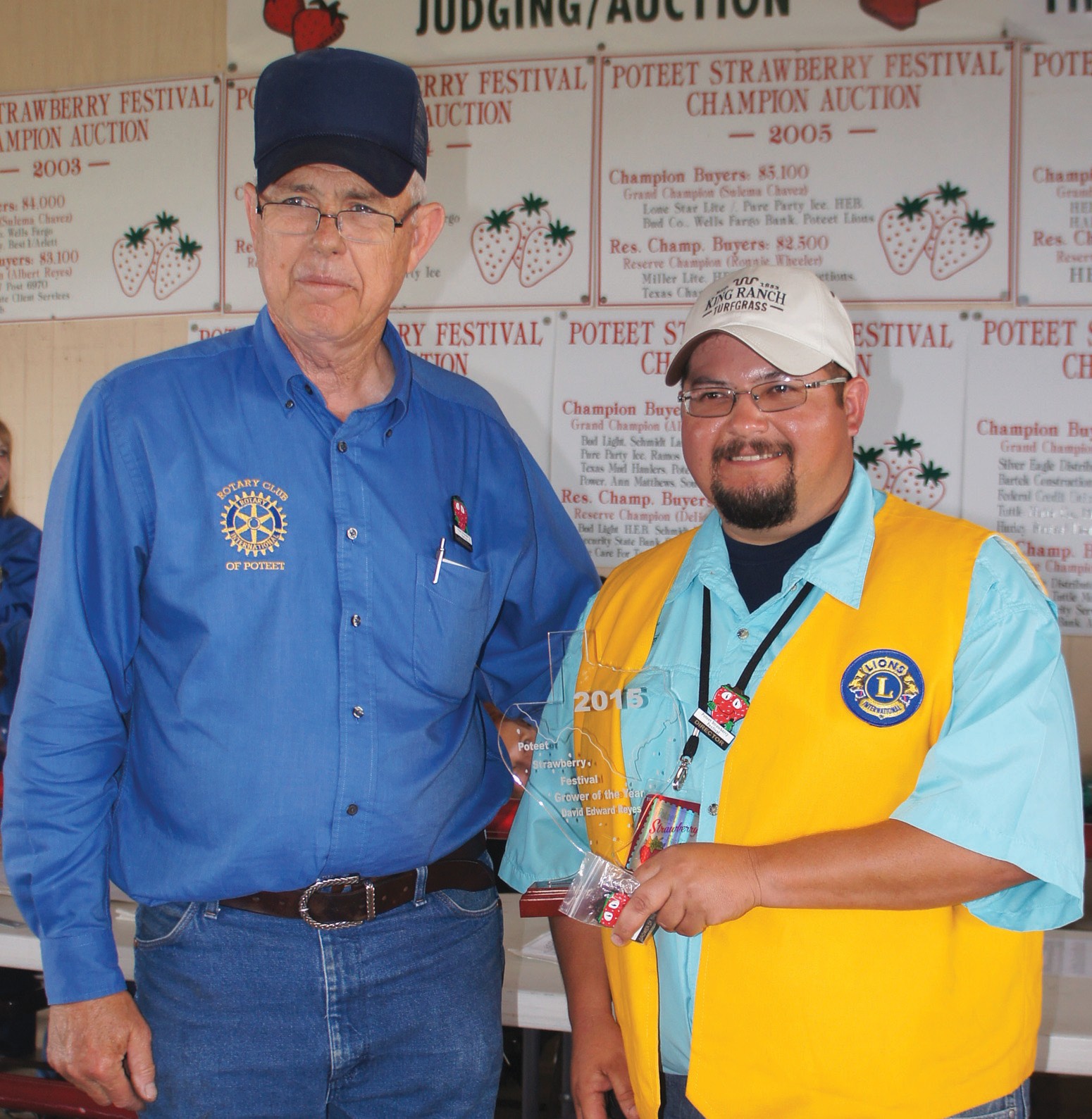 Will Bates of the Poteet Rotary Club presents an award to David E. Reyes, the 2015 Poteet Strawberry Festival Grower of the Year.