Each year, the Atascosa County Soil and Water Conservation District hosts a Soil Stewardship Ministerial Luncheon. This year the lunch was held at the Plaza Tapatio Mexican Grill on April 11. The meeting is held to promote Soil Stewardship Week, celebrated this week, April 27 – May 4.

For more than 50 years, National Association of Conservation District has sponsored a national program to encourage Americans to focus on stewardship. The program relies on locally-led conservation districts sharing and promoting stewardship and conservation activities. While the program encourages good stewardship year round, Stewardship Week is officially celebrated from the last Sunday in April to the first Sunday in May. The theme for NACD’s 2014 Stewardship Week is: “Dig Deeper – Mysteries in the soil” April 27 to May 4, 2014. Soil is arguably one of the Earth’s most critical natural resources. It is a substance that few people understand and most take for granted. Soil makes up the outer layer of the earth’s surface, it nourishes the plants we eat, the animals and the thriving underground kingdom of bacteria, fungi, protozoa, earthworms and other microbes that are critical to the planet’s food web.

Soil is the foundation of the world’s supply; but exactly how much soil do we have? Look at the entire earth-75% of the earth is covered with water in our oceans, lakes, rivers and streams.

The remaining 25% represents land. More than half of that land is desert, polar or mountainous regions where it is too hot, too cold or too high to be productive. That leaves us with 12.5%, which includes land that is limited by terrain, fertility or too much rainfall. Because some of this land is too rocky, steep, shallow or wet to sustain food production, we are left with a very small fragment of the land area-about 10%-which represents the soil upon which the entire world depends for its food supply. And this small amount competes with a variety of other soil uses including housing, cities, schools, hospitals, shopping centers, landfills and more. Soil is a precious natural resource.

For more information on conservation and soil stewardship visit the National Association of Conservation Districts website at www.nacdnet.org/education. 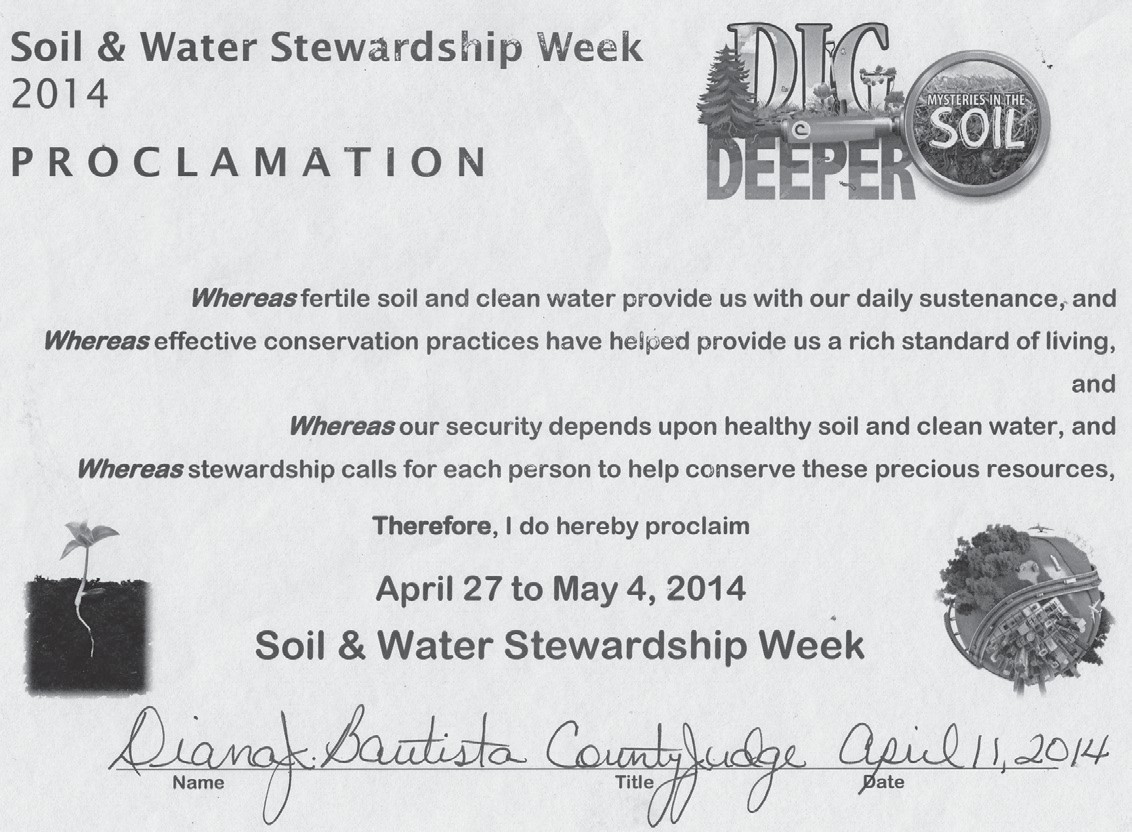