Suspect captured: Luck had nothing to do with it 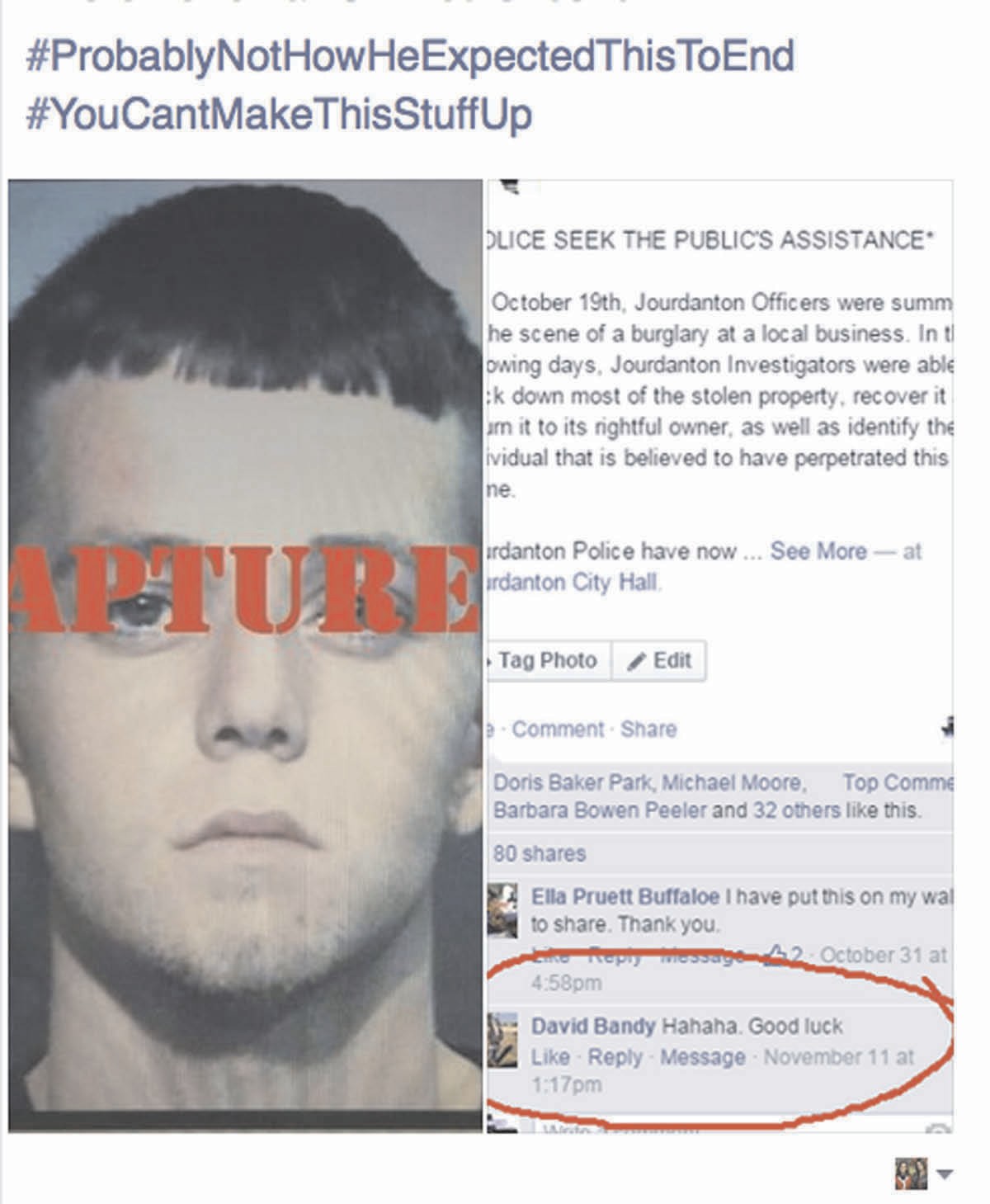 the comment by a wanted suspect circled in red.