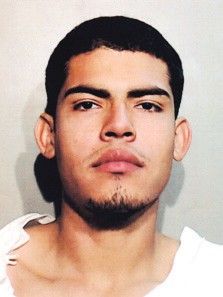 The Atascosa County Sheriff’s Office has made an arrest in the February 5 burglary of a residence on Parsons Road east of Pleasanton.

Sergeant Kevin Draughn investigated the burglary where around $10,000 in household items were stolen. Sergeant Draughn was able to find and collect fingerprints at the crime scene.

Sergeant Investigator Joseph Manguso was assigned the case and was able to track some of the stolen items down to an area pawn shop where they were recovered.

In early July, Sergeant Manguso received an analysis report on the submitted fingerprints found at the burglary. The prints were matched to Rahsaan Justin Betton II, 19 of Pleasanton. Sgt. Manguso obtained an arrest warrant for Betton from Justice of the Peace Jackie Bodden charging him with Burglary of a Habitation.

Betton was arrested by Sgt. Manguso July 10 and was booked into the Atascosa County Jail.

Bond was set at $40,000 by Judge Bodden. Additional arrests are possible according to Sheriff Soward. Betton remains in custody in lieu of bond.