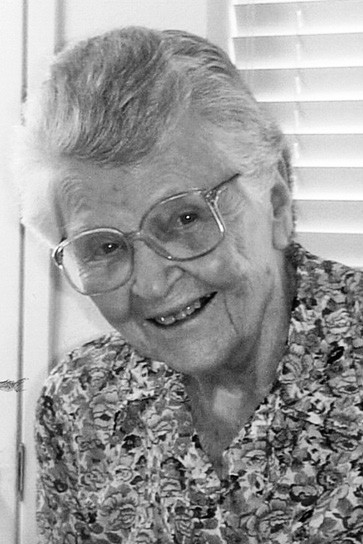 Susie Matthews Stutts, age 100, of Pleasanton, Texas was called to join Our Lord on February 28, 2015 in Pleasanton.

Susie was born in Luling, Texas and graduated from Luling High School and Alamo Beauty College and became a beautician. She and Durward Stutts’ marriage of 70 years was full of faith, family, friends and travel. They were active members of the First Baptist Churches of Kingsville for 31 years, Kingsland for 25 years, and Pleasanton for 10 years. They had a very well traveled life moving many times while Durward was working in the drilling department for Humble Oil Company. After they retired, they bought an Airstream trailer to travel the United States and Canada. They also enjoyed visiting Hawaii and several places in Europe where Durward was stationed during WWII. Susie was an avid reader and domino player and used to enjoy square dancing and ballroom dancing.

In lieu of flowers, the family is requesting that donations be made to the American Cancer Society.

Anyone wishing to leave condolences for the family may do so at hurleyfuneral home.com.