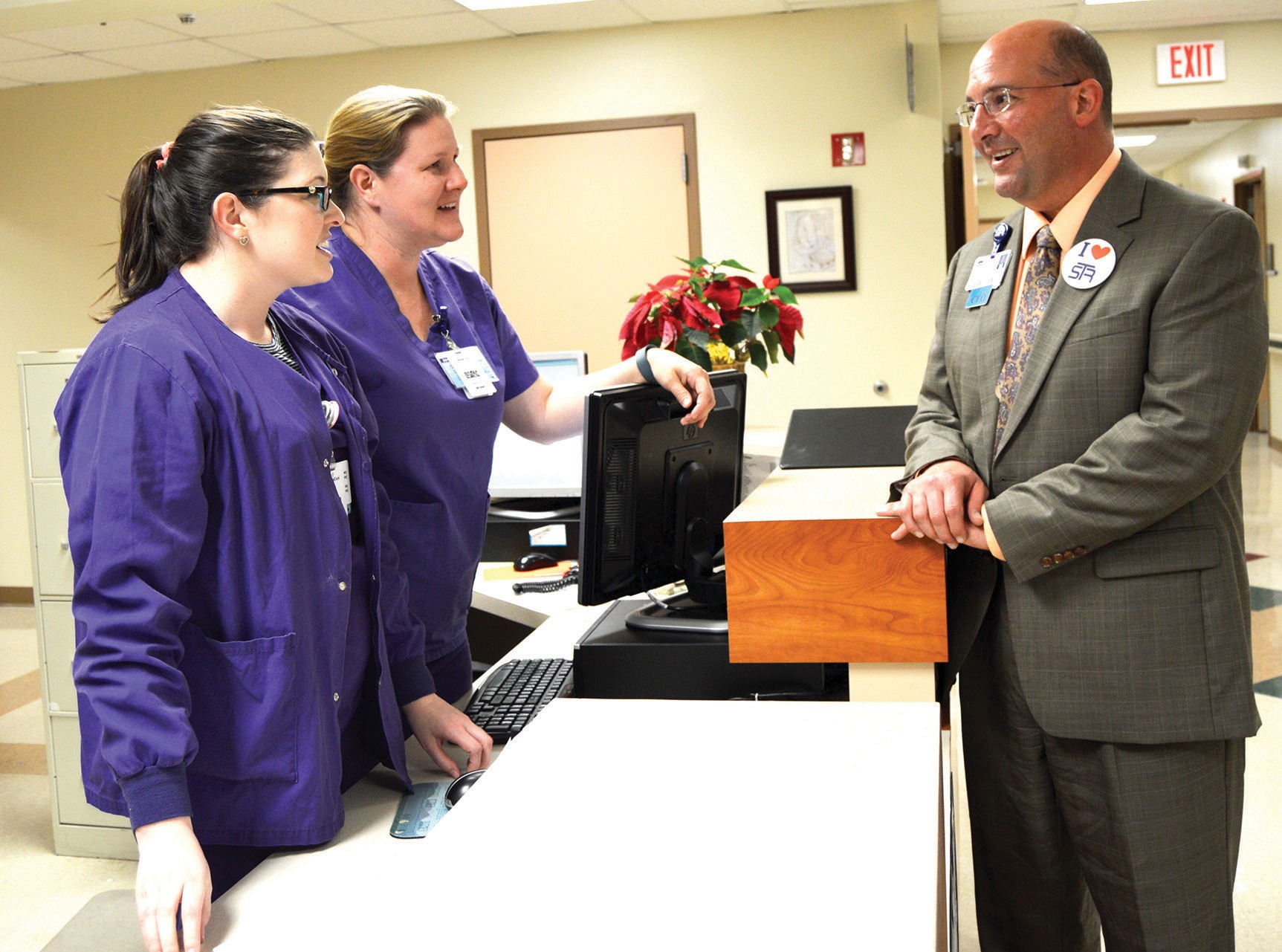 Heather Garcia, R.N. and Amy Benner, R.N. both of STRMC’s Labor and Delivery Department, chat with their new CEO John Ulbricht. Both Benner and Garcia are appreciative of the interest Ulbricht shows in their families. “He asks about our kids, because he knows about our kids,” said Benner.