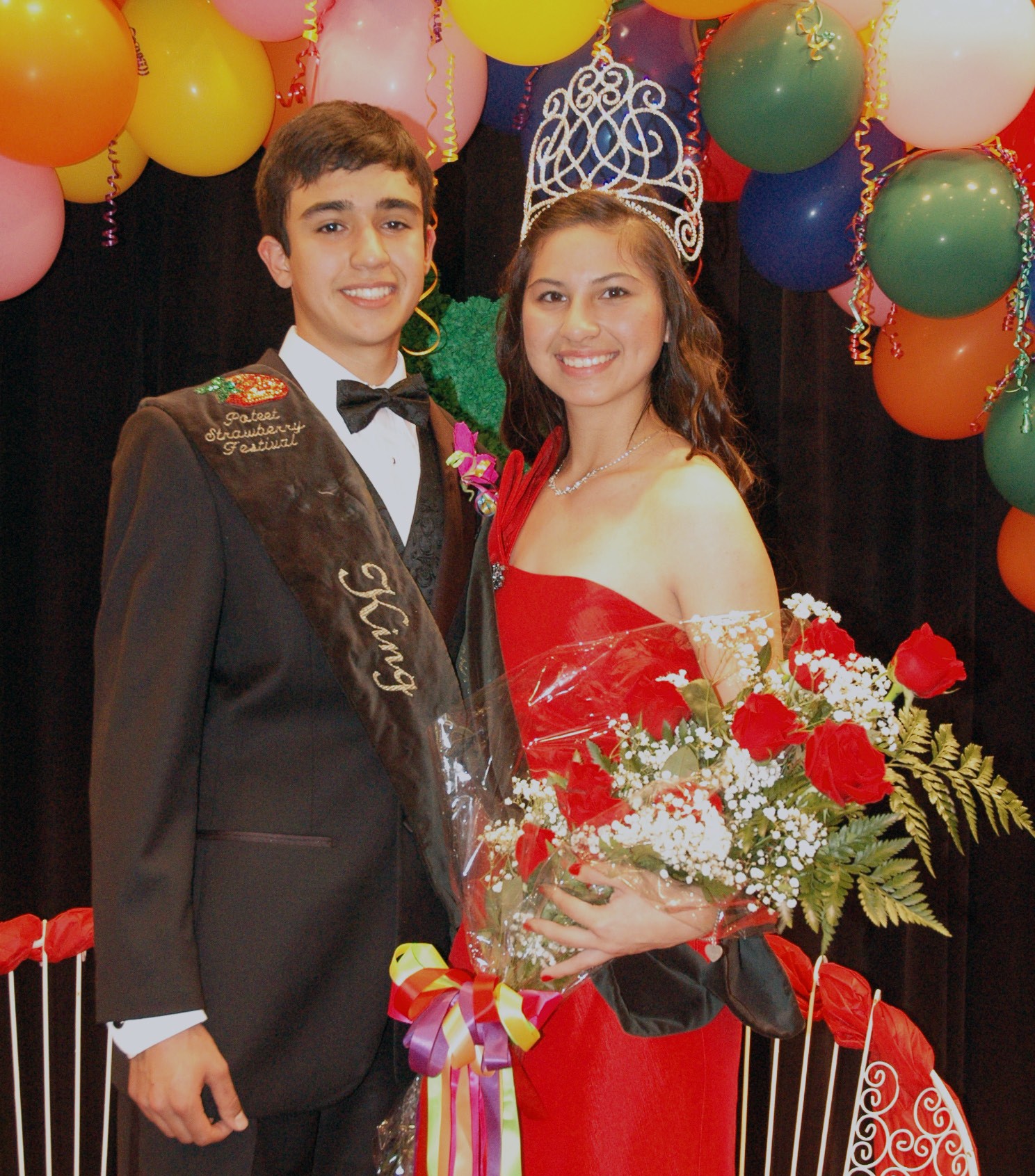 King C. Alejandro Garcia and Queen Lauren Zavala will reign over the 66th Poteet Strawberry Festival. They were crowned during the coronation sponsored by the Kappa Tau Sorority held Saturday evening. Strawberry Festival will be held April 12-14 at the festival grounds off SH16 in Poteet.

Miss Zavala is the 16- year old daughter of Loretta and Adam Zavala. She is a junior at Poteet High School. Sixteen-year old C. Alejando Garcia is also a junior and the son of Michael and Joanna Fletcher.

Lindsay Ramon, 17-yearold junior, was selected as Princess. Lindsay is the daughter of Lorena and Joe Dominguez. Cameron Uribe was named Prince. He is a 16- year old junior and the son of Traci and Jeff Uribe.

The annual event is coordinated by the Kappa Tau Sorority and was held March 9 at the Poteet High School. Sorority member Susie Davis introduced the Mistress of Ceremonies, Kimberly Crawford, KABB Fox29’s “Daytime @ Nine” morning show cohost. Crawford also interviewed each of the Little Miss and Mister Poteet contestants who were then chosen by a panel of judges.

Taryn is the daughter of Shawna and Donovan Garcia. Baltazar is the son of Noma and Baltazar Ramirez Sr.

Former king, Ron Mixon recognized all the kings and queens of Strawberry Festivals from the past who were in attendance.

After thanking the sorority and the Poteet Strawberry Festival Association, Mixon pointed out the decorative festival posters on display, created by second grade Poteet students.

Tears of joy were shed by the 2012 Queen Leslie Ramon as she reminisced about the past year – attending festivals and parades and bonding with everyone on the court. Brandon Lopez also shared his memories of serving as King.

The three-day event will be held April 12-14 at the Poteet Strawberry Festival grounds located off of SH16. There will be lots of entertainment, a huge carnival, a parade, food booths, contests and auctions.