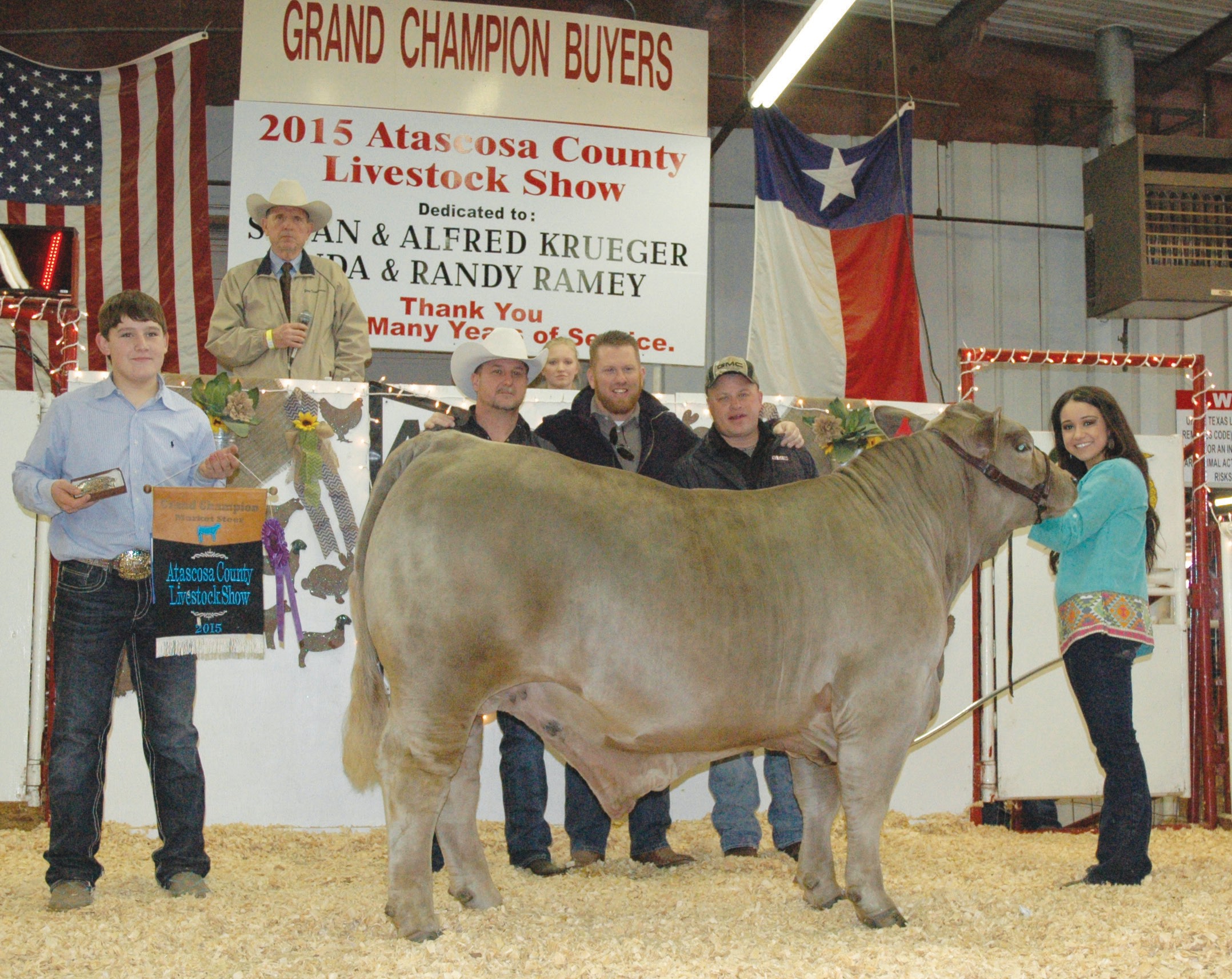 Though the sales price for the Grand Champion steer was down from last year’s record-breaking amount, the 61st Atascosa County Livestock Show held its own and came out as another one for the books overall.

Auctioneeer Joey Tomlinson did his best to work the crowd to bid more for the participants, too.

This year’s show was dedicated to two hard working couples who have supported the stock show and auctions for many years – Susan and Alfred Krueger and Linda and Randy Ramey. As Linda said “We have seen three generations participate here. First, I was over at the VFW barn, then my daughters and now my grandchildren are involved. We have all been raised in it,” she shared.

This year’s Grand Champion steer was shown by Tatum Bauer and brought in $8,000 from premium buyers Pursch Motors, Inc. and Mac Haik’s Southway Ford. 2014’s steer was sold for $16,500.

A special section will be printed on February 4 with more results of this show and the McMullen County Livestock Show with lots of photos.