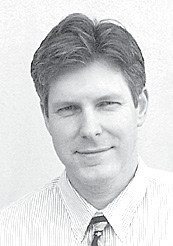 Texas lawmakers on July 1 reported to their respective Capitol chambers for the opening of a second 30-day special session of the 83rd Texas Legislature. The House and the Senate scheduled floor action for July 9.

Gov. Perry, on June 26, invited them to take a second opportunity to craft and pass legislation relating to:

– Funding of transportation infrastructure projects; and

– Establishing a mandatory sentence of life with parole for a capital felony committed by a 17-year-old offender.

Those items were on the call for the first special session that ended on June 25. Senate Democrats opposed to the abortion-regulating bill outflanked a Republican majority by skillful use of parliamentary procedure. Sen. Wendy Davis, D-Fort Worth, exercised the option to filibuster the abortion bill on the final day of the special session. While the filibuster stopped the bill from final passage, other bills on the calendar became ineligible for further consideration at the stroke of midnight.

On June 26, Gov. Perry called another special session to have the same matters addressed. On opening day, Democratic caucus leaders suggested that because of constitutional concerns and the high level of interest in the subject, regional hearings should be held before abortion-regulating legislation votes are called. Answers came. Such decisions are at the discretion of committee chairs. The chairs in this case, Rep. Byron Cook, House State Affairs, and Sen. Jane Nelson, R-Flower Mound, Senate Health and Human Services, chose to conduct their committees’ hearings at the Capitol.

On July 2, more than 3,000 citizens registered to testify on, for or against HB 2, the abortion bill, but only a small percentage of them were allowed to testify before the bill was called to a vote. The House State Affairs Committee approved HB 2 on a vote of 8 to 3.

Also on July 2, the Senate Finance Committee tentatively approved Senate Joint Resolution 1, a proposed constitutional amendment relating to the transfer of certain general revenue to the state highway fund and the economic stabilization fund and to authorize the payment for principal and interest on certain highway improvement bonds. And, the Senate Criminal Justice Committee tentatively approved SB 2, legislation relating to the punishment for a capital felony committed by an individual under 18 years of age. The bill is the same as SB 23 in the previous special session, requiring 40 years of time served before parole eligibility.

Gov. Perry on July 2 hinted that he would have “exciting future news” to announce on July 8. This hint brought on speculation that Perry might launch his second run for the presidency in 2016, or perhaps seek yet another term as governor in 2014.

In late December 2000, then presidentelect George W. Bush resigned as governor, and Perry, then serving as lieutenant governor, became governor. Perry completed Bush’s unexpired term, was elected in 2002 and reelected in 2006 and 2010. With more than 12 years in office, Perry is the longest-serving governor in the history of the state.

It is early in the game, but if Gov. Perry does not run for an unprecedented third consecutive four-year term as governor in 2014, Texas Attorney General Greg Abbott has said he will run to succeed Perry.

If Perry does not complete his current term, however, Lt. Gov. David Dewhurst would be promoted to governor. If that scenario develops, Dewhurst would have the advantage of incumbency with Abbott, and possibly others, mounting challenges.

As for who might succeed Abbott as attorney general, Texas Railroad Commission Chair Barry Smitherman has said he will seek the office contingent on Abbott’s seeking another office. House Higher Education Committee Chair Dan Branch, R-Dallas, has been mentioned as a possible candidate for attorney general or lieutenant governor.

State Sen. Glenn Hegar, R-Katy, has announced plans to run for comptroller. State Comptroller Susan Combs has said she will not seek another term as the state’s chief accountant or for any other statewide office in 2014.

Democrats have kept their aspirations muted, so far, as to statewide races in 2014.