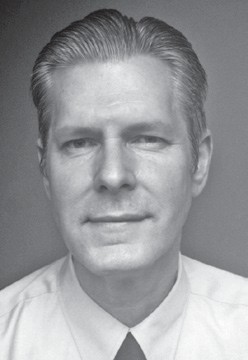 A USTIN — 2014 has been a banner year for job creation in Texas, according to government assessments.

“This broke the state’s previous record set in October, as the state’s annual job growth expanded to a new high for a fourth month in a row,” according to an agency news release, which also said, “even more Texans were employed in November as the seasonally adjusted unemployment rate fell to 4.9 percent from 5.1 percent in October, and down from 6.1 percent a year ago.”

“The Texas economy continued its recordbreaking expansion, providing job opportunities across a wide range of industries,” said Texas Workforce Commission Chair Andres Alcantar. “Texas employers set another record by adding 441,200 jobs over the year and we must continue to focus our efforts on expanding our state’s skilled workforce to meet employer needs in high-demand industries.”

Also as reported, seven of 11 major industries added jobs over the month, including 13,500 more jobs in Professional and Business Services, 7,200 jobs in Education and Health Services and 6,000 jobs in Leisure and Hospitality.

Notably, the Midland Metropolitan Statistical Area had the lowest November unemployment rate in the state at 2.3 percent; the Odessa MSA had the second-lowest at 2.8 percent; and the Amarillo MSA placed third-lowest at 3.3 percent.

Gov. Rick Perry on Dec. 22 announced the renewal of the emergency disaster proclamation he originally signed in July 2011, certifying that exceptional drought conditions posed a threat of imminent disaster in specified counties in Texas.

Even with more than welcome rains in many regions this month, the proclamation applies to 94 of the state’s 254 counties. In contrast, the proclamation applied to 92 specified counties in the month of November. The drought proclamation directs that “all necessary measures, both public and private” as authorized by state law “be implemented to meet that threat” and “all rules and regulations that may inhibit or prevent prompt response to this threat are suspended for the duration of the state of disaster.”

The Office of the Texas Attorney General on Dec. 19 announced the State of Texas, 49 states and the District of Columbia resolved an investigation into wireless carrier TMobile USA Inc. for its role in the practice of unlawful cell phone “cramming” – the unlawful practice of placing unauthorized third-party charges on mobile phone accounts.

T-Mobile agreed to settle states’ claims for a total nationwide monetary value of at least $90 million. “As part of this legal action,” the Texas AG’s Office said, “T-Mobile has agreed to no longer bill for third-party Premium Short Message Services (PSMS) — which led to the unlawful cramming — and will be isolating other third-party billing charges on customer bills.”

Cramming, as explained in the announcement, “occurs when third-party content providers enroll and bill mobile phone customers for their services – such as ringtones and recurring text messages containing trivia or horoscopes – without the customers’ knowledge or consent.”

Texas Commission on Environmental Quality on Dec. 18 announced ozone levels in 2014 were “either equal to or lower than the best levels ever measured in most areas of the state.”

In making the announcement, the agency pointed out:

• The year 2011 had high ozone readings in many areas of the state because extreme drought, wildfires in Texas and elsewhere in the United States, few cloudy or rainy days and unusually quiet winds combined to form “conditions favorable for ozone formation.”

• Gas production has expanded rapidly near the San Antonio and Dallas- Fort Worth areas, but TCEQ scientific studies “have not to date seen significant impacts of oil and gas activities on ozone in those metropolitan areas.”