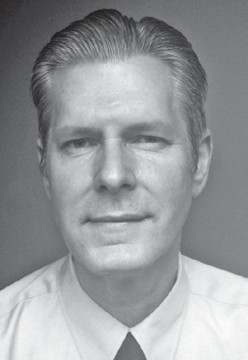 Signaling his intent to promote transparency and accountability in the 84th Texas Legislature, House Speaker Joe Straus on Jan. 9 announced that in the coming weeks the House would release a budget proposal designed to strengthen oversight of state agency contracts. The Legislature convenes Jan. 13.

Agencies or institutions of higher education, under the proposal, would have to meet new reporting requirements prior to awarding a contract or making a purchase worth more than $10 million, Straus said. Requirements also would apply to contracts and purchases worth more than $1 million and which do not go through a competitive bidding process, he added.

At least 30 days prior to making such an expenditure, a state agency issuing a contract would have to notify the Legislative Budget Board, governor, state auditor, chair of the House Appropriations Committee, chair of the Senate Finance Committee and chairs of any other committees with jurisdiction over contracting. Along with that notification, an agency, before finalizing such a contract, would provide to the Legislative Budget Board and the others:

• Information about the nature of the contract and the vendor awarded it.

• A certification by the agency’s executive director that the process used to award the contract or make the purchase complies with the state’s Contract Management Guide, State of Texas Procurement Manual and all applicable laws.

• A certification by the agency’s executive director that the agency can verify vendor performance and deliverables, payment of goods and services only within the scope of the contract, and other information. Furthermore, Straus said, the next state budget “will make clear that the state comptroller should not allow the expenditure of funds if the Legislative Budget Board says the requirements listed above have not been met.”

AG Paxton is sworn in

Paxton, a McKinney Republican who served as a state senator from 2012 to 2014 and as a member of the Texas House from 2002 to 2012, succeeds governor-elect Abbott as the state’s chief law enforcement officer.

“We must be vigilant and stand our ground, guarding against the complacency that could erode everything that we’ve worked so hard to build,” Paxton said after taking the oath of office. “We will remain steadfast in our dedication to principles and values that have made Texas great.”

Sid Miller of Stephenville was sworn in as Texas’ 12th commissioner of agriculture before a crowd of family, friends, supporters and colleagues during a ceremony at the Capitol on Jan. 5.

“Agriculture touches the lives of every man, woman and child in Texas more times a day than any other industry,” Miller said. “It doesn’t matter whether you live on a farm in Hockley County or in the suburbs of Houston. Life doesn’t work without agriculture.”

Miller, a cattle rancher, farmer and owner/operator of a commercial nursery business, previously served six terms as member of the Texas House of Representatives.

Special elections were conducted Jan. 6 for one state Senate seat and two state House seats. No candidate received more than 50 percent of the vote in any of the contests, so runoffs will be held in the near future between the top two vote-getters in each election.

In Bexar County, State Rep. Trey Martinez Fischer, a Democrat, received 43 percent of the vote in a five-candidate race to fill the Senate District 26 seat vacated by Leticia Van de Putte. State Rep. Jose Menendez, also a Democrat, placed second, receiving 25 percent of the vote. The winner of the runoff will finish out the remainder of Van de Putte’s fouryear term, which expires in 2017.

In five-way race to succeed Tim Kleinschmidt as the state representative for House District 17 the top two vote-getters were Republicans John Cyrier, who received 46 percent of the vote, and Brent Golemon, who received 26 percent. The district includes Bastrop, Caldwell, Gonzales, Karnes and Lee counties. Kleinschmidt resigned from the House in November to accept a position as general counsel for the Texas Department of Agriculture.