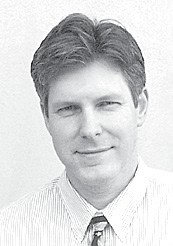 Following the death of Nelson Mandela on Dec. 5, Gov. Rick Perry and other elected officials released statements in honor of the former president of South Africa whose message of racial reconciliation and leading role in breaking down apartheid in that country are acknowledged globally.

Perry said: “Through his valiant struggle against the injustices of apartheid, Nelson Mandela became a symbol of what one person can do to change the world. His life and legacy will remain an inspiration to people everywhere who believe in the power of freedom to create stronger nations and forge a better world for future generations. Today, the prayers of Texans are with Mandela’s family, his friends, and the people of South Africa.”

State Sen. Rodney Ellis of Houston said: “Texas joins the rest of the world in mourning the loss of Nelson Mandela, one of history’s bravest leaders. His sacrifice and courage in the face of unspeakable hardship demonstrated the extent to which some must fight for their freedom. We must all honor his legacy as we continue the struggle to improve all peoples’ lives. My thoughts and prayers are with the Mandela family.”

State Sen. Leticia Van de Putte of San Antonio said: “Today, a great man left us. Nelson Mandela was not just a hero of South Africa, but for all of humanity — an inspirational soul who possessed the courage to stand up to injustice, regardless of what it might cost him personally. On the 20th anniversary of his release from prison, I stood inside his former cell on Robben Island, the place where he spent 18 of his 27 years of incarceration. I was overcome with emotion realizing what he sacrificed to end apartheid and free a people.”

— “Overcoming poverty is not a gesture of charity. It is an act of justice. It is the protection of a fundamental human right, the right to dignity and a decent life.”

— “Education is the most powerful weapon which you can use to change the world.”

Lt. Gov. David Dewhurst, who presides over the Senate, last week assigned work to two committees, to be conducted before the Texas Legislature meets in January 2015.

On Dec. 4, Dewhurst charged the Senate Committee on Agriculture, Rural Affairs & Homeland Security with studying the state’s recent and ongoing efforts to secure the border.

Dewhurst asked the committee to study the effectiveness of the recent Department of Public Safety “surge operation” who earlier this fall put more personnel on duty in the Mexico border region. He also asked the committee to evaluate the most effective methods to deal with evolving threats, deter illegal immigration, and deter transnational and drug-related violence and crime.

In addition, Dewhurst called on the committee to study “whether current crime statistics reporting accurately measures all crime and crimes related to illegal border activities” and for recommendations on “how to best take advantage of the available crime data and identify potential barriers to adopting a more comprehensive statewide system.”

On Dec. 6, Dewhurst charged another committee, the Senate Committee on State Affairs, with studying “the growing concern of privacy protection and ways to make Texas government even more transparent.”

That study assignment, Dewhurst said, will be broken down into four areas: surveillance, data collection and aggregation, transparency and consent and use of technology to increase government transparency.

The area of transparency and consent, in particular, directs the committee “to identify potential reforms that would increase the ability of citizens to understand the data being collected about them and with whom that data is being shared.” Abbott files gun rights brief

Texas Attorney General Greg Abbott on Dec. 4 joined a bipartisan coalition of attorneys general from 26 states and one U.S. territory in filing a U.S. Supreme Court amicus brief in the case Abramski v. The United States, regarding in defense of gun rights.

Abbott’s office said the brief, authored by West Virginia, urges the high court to reverse a lower court ruling that criminalizes intrastate private firearm sales from one authorized individual to another. Chief among the states’ arguments is that “no federal law regulates private, intrastate firearms transfers between law-abiding individuals who may lawfully possess firearms.”