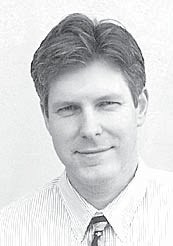 A t midnight on Oct. 1, the federal government shut down for the first time in 17 years, when the U.S. House and U.S. Senate did not agree on an appropriations bill or continuing resolution to fund fiscal year 2014 at an estimated cost of $3.8 trillion.

Before the shutdown, to prepare Texas, Gov. Rick Perry on Sept. 30 delivered a statement that included this sentence: “In anticipation of the federal government’s looming shutdown, I directed state agencies that will be affected by the suspension of federal funding to develop contingency plans to prioritize essential functions and use existing budget transfer authority to allow these services to Texans to continue until Washington gridlock ends.”

Now, “shutdown” suggests that whatever is federally funded would cease to function, but some federal agencies or personnel within certain agencies that are considered essential were ordered by the Obama administration to stay on the job Oct. 1, and in the days following, more were called back to work.

Before Oct. 1, President Obama promised to veto legislation to defund the health care law and urged the Congress to pass a budget that funds the government “with no partisan strings attached.” The standoff could end this week or go on indefinitely. The next big deadline facing Congress is Oct. 17, the date when the federal government reaches its debt limit of $16.8 trillion. If no deal to increase the debt limit is reached by then, the United States will default on its loans and its credit rating may be downgraded, making it harder and costlier to borrow from other nations. Two nations holding U.S. debt to the tune of over $1 trillion each are China and Japan. Some in Congress say raising the debt limit is a do-or-die issue, while others don’t seem moved by the prospect of a default.

Sen. Wendy Davis of Fort Worth on Oct. 3 publicly declared her candidacy to become the 48th governor of Texas.

Davis, 50, seeks the Texas Democratic Party’s nomination and Attorney General Greg Abbott seeks the Republican Party of Texas’ nomination. Abbott, 55, faces competition in former state party chair and current Texas Workforce Commission Chairman Tom Pauken, 69. The election will be held in November 2014 and the new governor will take office in January 2015. Party primaries are on the calendar for March 4, 2014.

Davis, from the campaign trail, said she would like to see a bi-partisan solution to the Congressional stalemate over the federal health care law. Abbott, last week, reportedly spoke out in support of efforts to prevent further funding of “Obamacare.”

Gov. Perry, in San Angelo on Oct. 2, encouraged Texans to vote yes on Proposition 6 on the Nov. 5 election ballot.

Prop. 6 would authorize a one-time $2 billion transfer from the State of Texas’ Economic Stimulus (“rainy day”) Fund to create a State Water Implementation Fund that Perry said would “leverage funding up to $30 billion in water projects over five decades.”

The constitutional amendment, if passed, would require regional and statewide prioritization of water projects in the State Water Plan and enable local communities to access cost-effective interest rates to invest in water needs, he said. Bonds get highest rating State Comptroller Susan Combs on Sept. 30 announced that bond-rating agency Standard & Poor’s raised its rating for Texas’ general obligation bonds from AA+ to AAA, the highest rating.

Attorney General Abbott on Oct. 1 announced the State of Texas reached a settlement agreement concerning the proposed merger of American Airlines and US Airways.

American Airlines agreed that if the airlines do indeed merge, to maintain daily service to 22 airports across the state, to keep Dallas/Fort Worth International Airport as a hub and to keep the merged company’s headquarters in the Dallas-Fort Worth metropolitan area.

Ed Sterling is the Director of Member Services at Texas Press Association.