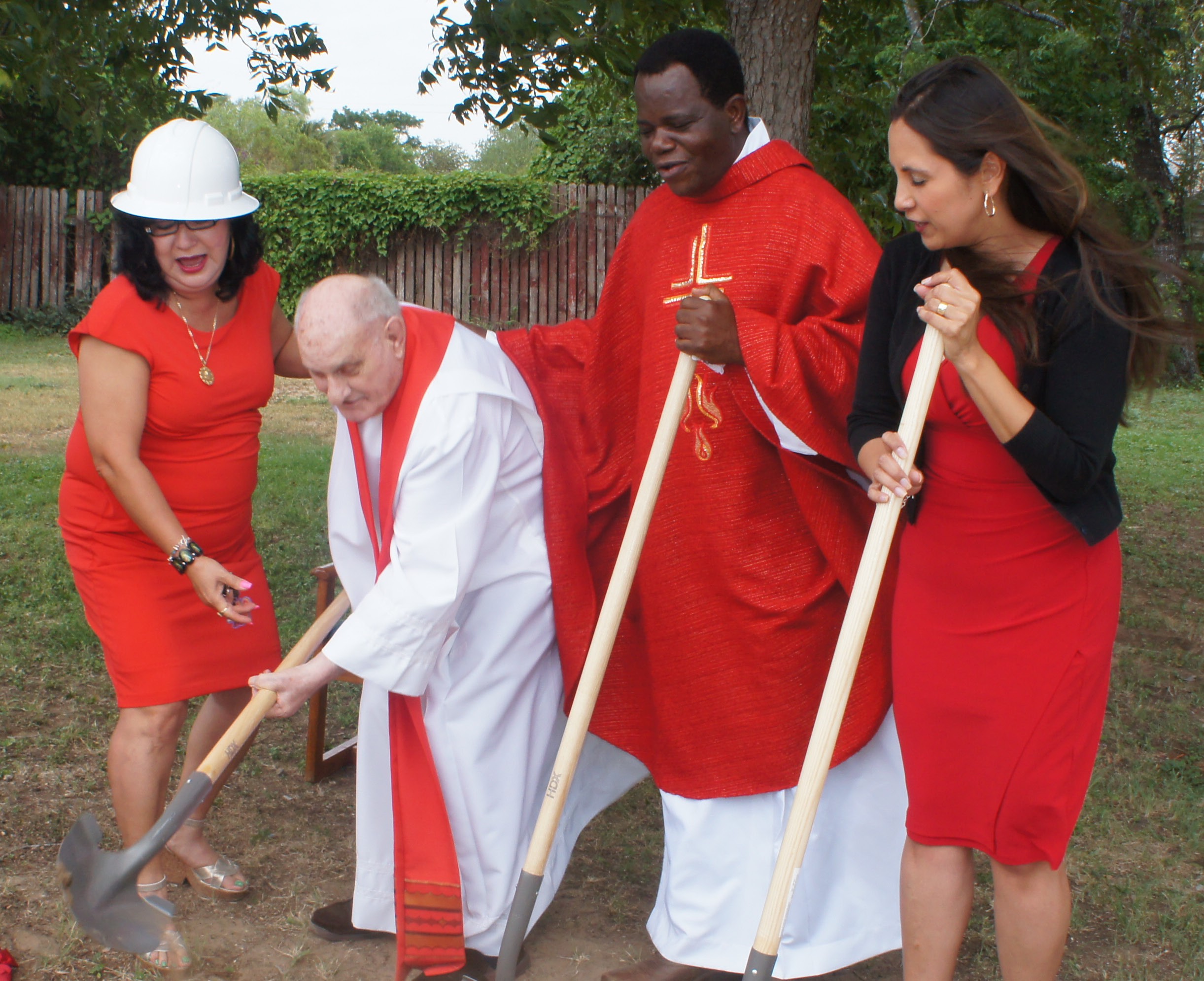 “We have been working on this for many, many years,” said Father Albert Lelo, who has served as priest there since 2011. “We have held festivals. There have been pledges, second collections and other events to raise funds. We also had formed a building committee.”

“Today is the official day to mark the beginning of the building of the new hall,” said Father Lelo.

He explained that the facility will be a little over 8,000 square ft. and face the street.

It will be located behind the church. He introduced the construction team of J. Sanchez Contracting: president Joe L. Sanchez and project manager John Sylvester.

“Thank you everybody for coming and God bless you,” said Father Lelo.

He said the $1.1 million facility will seat 400 people and its dimensions will be 80 x 100. Sylvester explained that construction will begin once the City of Poteet issues the building permit. He also added the project is scheduled to take approximately six months.

Father Lelo said the old parish hall will be torn down, but not until the new one is built.

According to the Catholic Online Saints website, the former parish hall was built in 1960, during Father Cayetano Romero’s time as priest. Father Avau was appointed parish priest in 1983. He served from June 1983 until May 2003.

The first church of the parish was built in Rossville in 1896, by Rev. J.A. Lagier. He served as the parish priest for the next 13 years, until his passing in 1909.