Who is this Romo fellow? 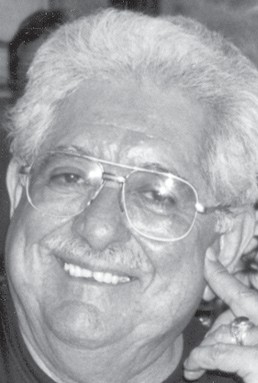 Many of you who read this column with any regularity know that I’m a Dallas Cowboy fan and I’m also a Tony Romo fan.

When Romo came on the scene years ago I saw something in him that I thought would make him the next great Dallas Cowboy quarterback along the lines of Troy Aikman and Roger Staubach.

But after he began to lose more games than he won, and became known more for botching late-game opportunities with fumbles and interceptions, I began to lose confidence and thought many of his critics were correct.

You have to give him credit for his toughness and grit in the Cowboys’ last two games – both thrilling victories. I never thought Romo could perform the way he has lately with broken ribs and a punctured lung. The Romo I knew last year would have gone to the sidelines with those kinds of injuries and Dallas would have lost those games.

That’s why I have renewed hope. After he guided the Cowboys to narrow victories the past two weeks over the San Francisco 49ers and Washington Redskins Monday night, I now believe there is still a chance that he can develop into the quarterback I always hoped he would be.

But I also remember that Romo has looked good in the past and has raised our hopes with midseason victories only to crumble toward the end. Keep in mind that the season is only three weeks old and there are a lot of games left against good teams.

What I do like so far is that the Cowboys seem to be playing a new brand of football after making coaching changes. The head coach is new and so is the defensive coordinator and that has brought fresh change in my opinion – much like the Texas Longhorns have made with their new coaches.

Rob Ryan. The Princetoneducated Garrett reminds me more of a college professor than a hard-nosed NFL head coach. When he speaks to the press he sounds like a politician speaking to a political base. On the other hand Ryan – who with his long hair and beer paunch – looks more like a Viking warrior who could star in a Thor movie, has the Dallas Cowboys playing a brand of defense that I haven’t seen in years. This year’s defense looks a lot like the daring “46” defense his father, the legendary Buddy Ryan, used to employ when he coached at Chicago and at Philadelphia. This year’s Dallas defense is made up mostly of the same players that were on it last year but the results so far have been encouraging. Ryan seems to use a lot of players off the roster and makes many substitutions during the course of the game. The defense is daring and uses many kinds of blitz packages that confuse the opposition. Any way you look at it it’s a Buddy Ryan defense. So far, the defense has kept the Cowboys in the game and has given the offense opportunities to win games. After Monday night’s contest it was ranked second in rushing defense in the NFL behind the Green Bay Packers.