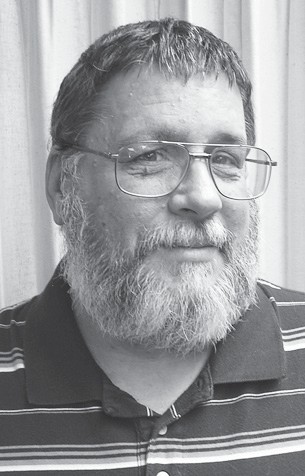 Let’s consider the issue of border security, or rather, as it should be known border insecurity. For many years we could have an open unsecured minimally patrolled border, but no more. A nation has a vested interest in knowing who, what, when, and why anything comes over the border. The border, the border, why is the southern border so much more important than the northern one? The answer should be it isn’t, they are both equally important. Yet, in reality, the southern border is the more pressing of the two. What problems are seen in the border areas and what can be done to stop them? Apparently there are four main areas of concern with the border. In no particular order the problems seem to be, illegal immigration, drugs, terrorism, and violence. All four of these problems revolve around one simple precept, they are illegal. That is they are against the law and as such a violation of our nation’s sovereignty. As long as we refuse to deal with each individual problem we will need to address them collectively. So how can border insecurity be replaced by border security? Why by three steps surveillance, patrolling, and force.

First surveillance for this we will need to call on technology. There are satellites that spy on foreign powers. There are satellites that observe local and world weather. Why not launch a few satellites to watch over the border. Geostationary satellites can provide real time data to command and control centers. Also this nation has the ability and the will to use drone technology in other parts of the world so why not here. Also while on the subject of technology do not forget these platforms can possess radar, infrared cameras, motion sensors, as well as low light and starlight cameras. There could even be a network of vibration sensors buried in the ground as a backup or trip wire system to localize the area that is most in need of attention and call for additional surveillance.

Patrolling, yes I know, I know we already patrol, but it is a too small and over stretched force. Start at the coast and have the Coast Guard patrol the border waters with midsize vessels. After all the drug smugglers have submarines and that needs to be countered by capable ships and a sosus line. A sosus system detects sounds (vibrations) in the water and provides a general location of the source of the noise generator. Also inland waterways, larger lakes, and harbors will need smaller armed boats to patrol, intercept, and protect these waters. On land have groups of personnel spaced and ready to deal with trespassers.

And this leads us to the final need, force. Armed drones, both on the water as well as in the air, and on land well armed, trained, and protected people. This means our ground personnel should be well armed and in armed strykers. After all a spotlight shining on you coupled with the sound of a fifty caliber machine gun being charged doesn’t get your attention what will? Strykers are a multi-purpose, troop carrying, wheeled vehicle. There should be a group of four strykers in each group. One command and control vehicle, two transport vehicles, one for officers, one for suspects, and a last one for first aid. The optimal patrol area will need to be determined. Also the mix of personnel, (civilian/military), channels of communication and responsibilities must be decided on. Thus a mixture of technology, patrolling, and force could secure our borders.