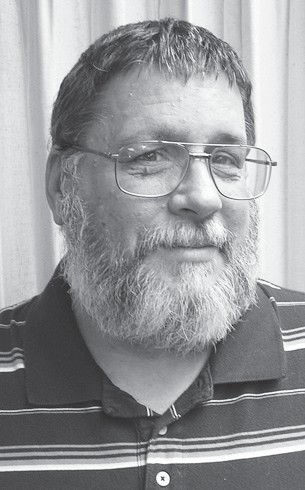 Well here we go again; if it isn’t a fiscal cliff then it’s a borrowing limit. Nothing solved, nothing fixed, nothing decided, and everything pushed on down the road.

Oh boy will the future generations have something to say about us. We went from the greatest generation to the broke generation in short order and record time, thank you oh great and wonderful politicians. Once more the sounds are rising on the left and the right. Up the ceiling, we must continue spending, there is no limit to borrowing, is the left’s chant! On the right is the mantra cut, cut now, cut entitlements! What bothers me at this moment is the left’s belief that the problem can be solved by executive action, without recourse to congress. The claim at the moment is that the 14th Amendment section 4 gives the authority to the executive branch to unilaterally take action to maintain the current rate of borrowing despite any limits imposed by congress. So let us see this section and decide what was really meant.

14th Amendment Section 4, “The validity of the public debt of the United States, authorized by law, including debts incurred for payments of pensions and bounties for services in suppressing insurrection or rebellion, shall not be questioned …” the rest states that the USA is not responsible for the debts of the Confederacy. This was written after the Civil War to ensure that the government could borrow as needed to pay its debt for the war. There is no statement that this provision is to be applied to future occurrences. The fact that the President and Congress find it impossible to write a balanced budget is of no matter. The sixteen trillion dollar debt is still there and still growing, and there is a congressionally mandated limit approaching to prevent further borrowing. This creative attempt at government expansion is amazing. Take a Civil War statute and stretch and mold it to fit today’s budgetary problems is unacceptable, and just plain wrong.

Two things here the political parties need to quit interpreting the constitution and learn to abide by its wording and intent.

For this to happen, one must read the constitution, learn the times or history of when each part was written in, and quit these attempts to make unrelated parts service a particular view.

Secondly if such creative energy exists then use it to solve the problem not exacerbate it. Can the economy afford to continue to rack up debt? No. Is it possible to raise taxes enough to pay the debt without harming or stalling the recovery? No. Will cutting entitlements solve the debt problem? No. For any still interested the solution is in the forming of a real budget that looks at income and then to determine spending limits. This is known as budgeting, look at all the factors and set up a percent scale on how much of the budget each sector is allowed. We are all responsible for this mess and will all have to help in order to fix this problem. So what are the solutions?

Step one taxes will need to rise, and rise fairly. That means across the board not just on one group.

Step two, there must be spending cuts and these cuts like the taxes must extend across the board. Say on the order of two percent a year until the budget is not just balanced but running a surplus. Remember, once the budget is balanced, the debt remains. Eventually this must be paid off.

Step three, a truly balanced budget must be written and adhered to. Step four, legally mandated consequences for any violation of a balanced budget amendment except for special and well defined exemptions; declared war, and or major natural disasters, and then no riders are to be attached to these bills. Perhaps the consequence should be that anyone who votes to over spend the budget must resign from office and someone from the opposition party appointed as their replacement, except in the afore mentioned cases. So to wrap it up the government must, tax fairly, cut judiciously, and legislate competently, to solve the current problem and with luck, prevent a future repeat.