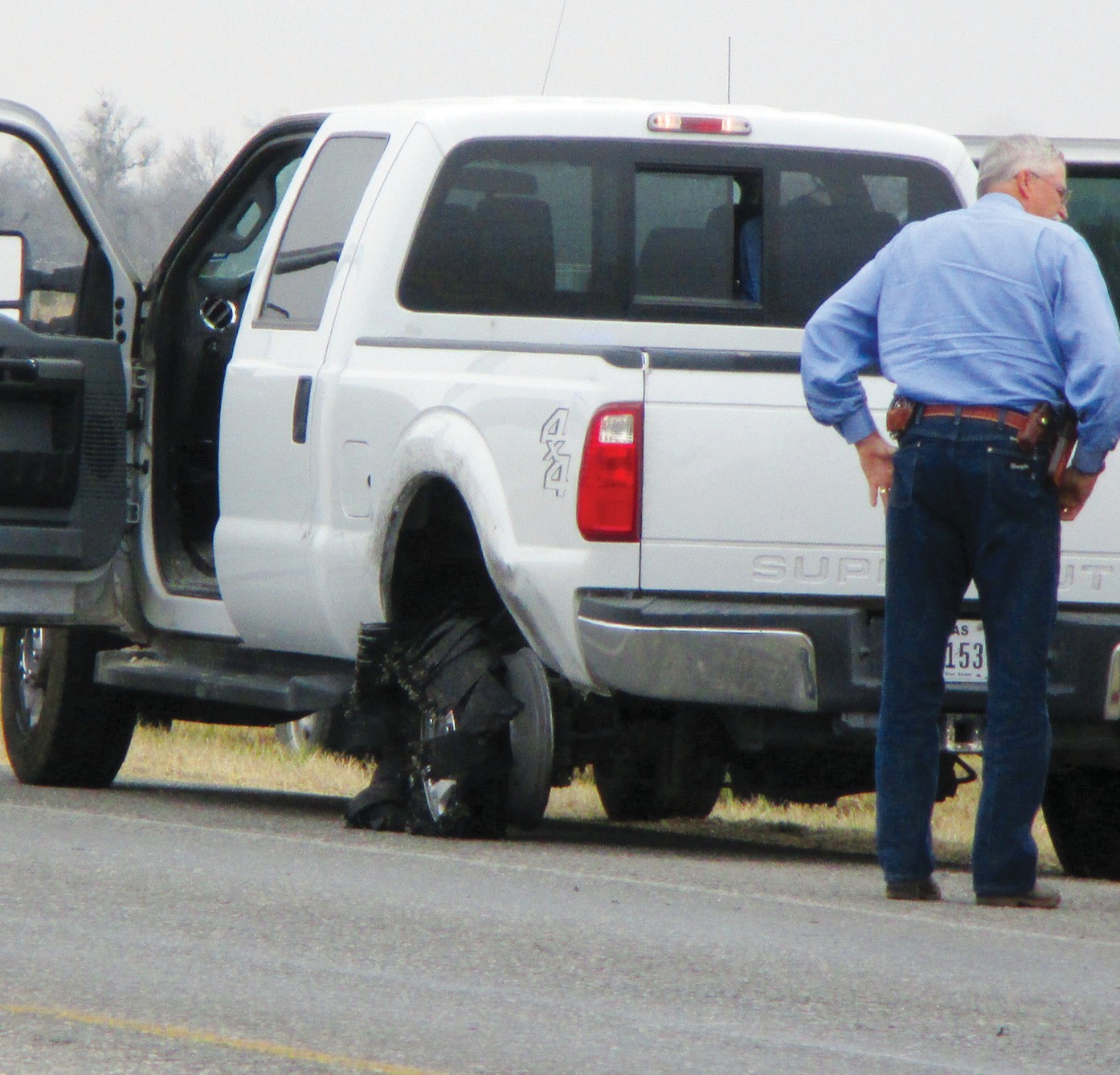 Atascosa County Constable Bill Meadows stands next to the 2014 Ford truck that Juan Nieto Chapa, 27, allegedly stole from its owner’s yard on February 19 in Pleasanton.

On Wednesday, February 19, a resident on Oriente Drive north of Pleasanton called the Sheriff’s Office to report that a man had allegedly jumped into the resident’s 2014 Ford pickup while it was idling in his yard and drove off. According to the resident, the suspect allegedly tried to run him over as he sped away.

Deputy Sheriff Clint Luckett spotted the stolen truck on U.S. 281 near the Bexar County line and attempted to stop it. The truck allegedly sped up and the deputy pursued the truck into Bexar County and then into San Antonio. Sheriff Soward says that once the runaway driver got onto Roosevelt Avenue, the truck passed several vehicles on the right side of the road and was able to elude the deputy in heavy traffic.

On Thursday, February 20, around 9:20 a.m., Con- stable Percy Medina observed the stolen truck traveling south on Highway 16 near Poteet. The driver evaded Constable Medina, but while approaching Jourdanton was spotted by two more sheriff’s deputies, who pursued the truck west on Highway 173 towards Devine. Once in Devine, Devine PD deployed tire deflation devices and burst the trucks tires, bringing the chase to an end.

“Chapa was returned to Atascosa County where he was charged with Aggravated Robbery, Criminal Mischief, 2 counts of Evading Arrest as well as Burglary of a Habitation and Attempted Burglary of a Habitation”, said Sheriff Soward. Judge Diana Bautista set bond at $289,000 on Chapa for all the charges combined, and Sheriff Soward stated the suspect remains in the county jail in lieu of bond.