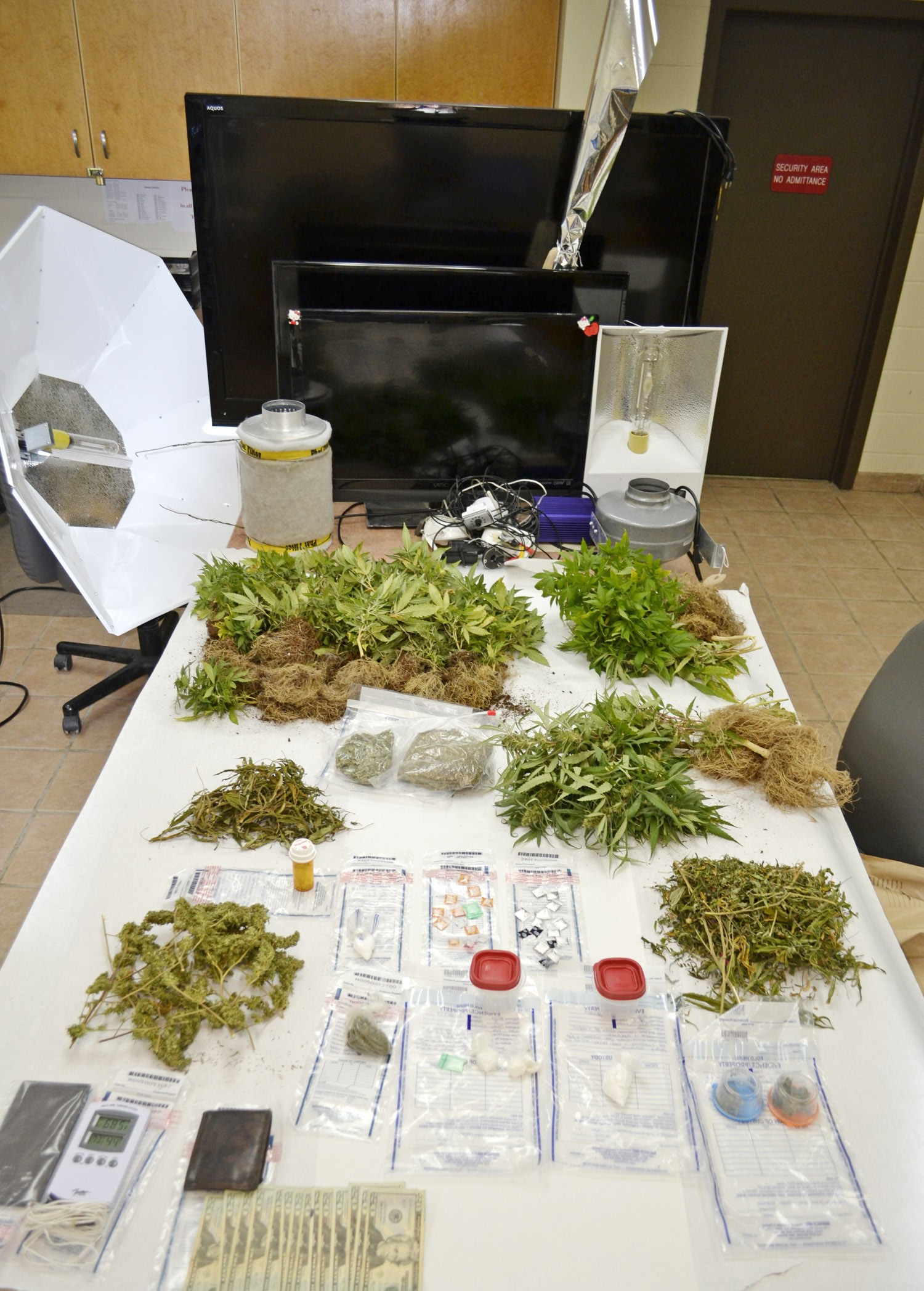 Atascosa County Sheriff’s deputies were not expecting to find live marijuana plants, meth, cocaine and flat-screen T.V.s when they went to serve an arrest warrant on 25 year old Corey Contreras on Friday, April 11.

Coincidence and preparedness turned a felony arrest into a major drug bust for the Atascosa County Sheriff’s Office.

On April 11, deputies and Criminal Investigation Division Investigators arrived at a residence on the 200 block of L & M Alley in Charlotte to serve an Aggravated Assault warrant on 25-year-old Corey Contreras. Atascosa County Sheriff David Soward says that deputies then saw a female allegedly ran into the house. Soward says that the deputies feared that she may have been running to retrieve a weapon, and thus pursued her into the house. Inside, the deputies found “a significant amount of marijuana” drying in a closet in the house.

The deputies left the house but later returned with a search warrant from Justice of the Peace Orlando Carrasco. They allegedly found approximately 18 grams of methamphetamine, 23 grams of cocaine and 12 ounces of high-grade marijuana. Sheriff Soward said the cocaine and meth were packaged for sale on the street, and stated that he believes that the drugs were destined to be sold on the streets of Charlotte.

Additionally, in another building on the property, the officers allegedly discovered an indoor marijuana plant growing operation with several live plants. Deputies also seized $280 and two large flat screen televisions that may be subject to forfeiture proceedings in District Court.

This is not the first time marijuana growers have been found in the county. Sheriff Soward says that he was involved in a marijuana growing bust as far back as the 1980s, and that the county finds three or four growers a year on average. “Around here, the growers are either growing for personal use or to distribute and sell locally,” said Soward, adding that most growers around here don’t have connections to larger international cartels.

Sheriff Soward said that heroin is back on the increase after being scarce for a few years, saying, “We are making several heroin busts a year.” The majority of drugrelated arrests made by the Sheriff’s Office are related to methamphetamine.

In addition to Aggravated Assault, Contreras was charged with two counts of Possession of a Controlled Substance with Intent to Distribute and felony Possession of marijuana over 4 ounces but less than five pounds. Total bonds on Contreras were set at $290,000. Sheriff Soward stated the street value on the drugs seized was just over $10,000.