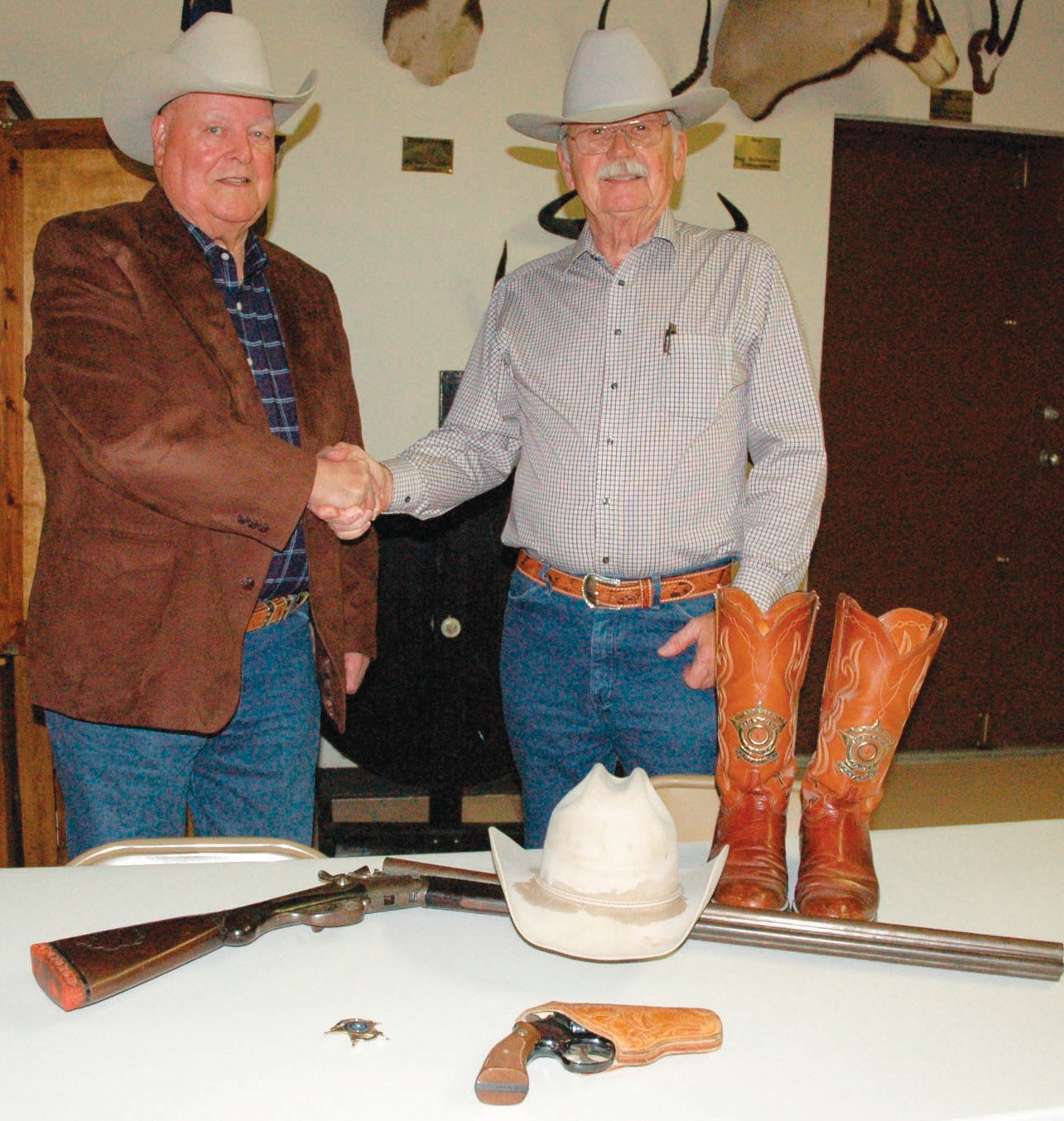 Newly retired Atascosa County Sheriff Tommy Williams, has donated some of his prized possessions to the Longhorn Museum in Pleasanton. When Sheriff Williams was first elected in 1972, businessmen of Poteet purchased several important items for Poteet’s favorite son.

These gifts consisted of a Stetson hat, an Atascosa County Sheriff’s badge personalized with Williams’ name and his pride and joy, his pistol and leather scabbard. Later, a custom pair of boots with embossed Sheriff’s badge, were given by the late Lew Hayden, well known businessman and Weldon Cude, then County Commissioner. These items as well as a very rare triple-barreled shot gun were all donated during the regular museum meeting earlier this month.

Sheriff Williams enlisted the assistance of Norman Porter, Longhorn Museum Society former president, who is also chairman of the Atascosa COunty Historical Commission, to arrange the donation of these prized items to the museum.

“This generous donation will enable future generation to enjoy and reflect upon their significance to the citizenry of Atascosa County,” said Porter.