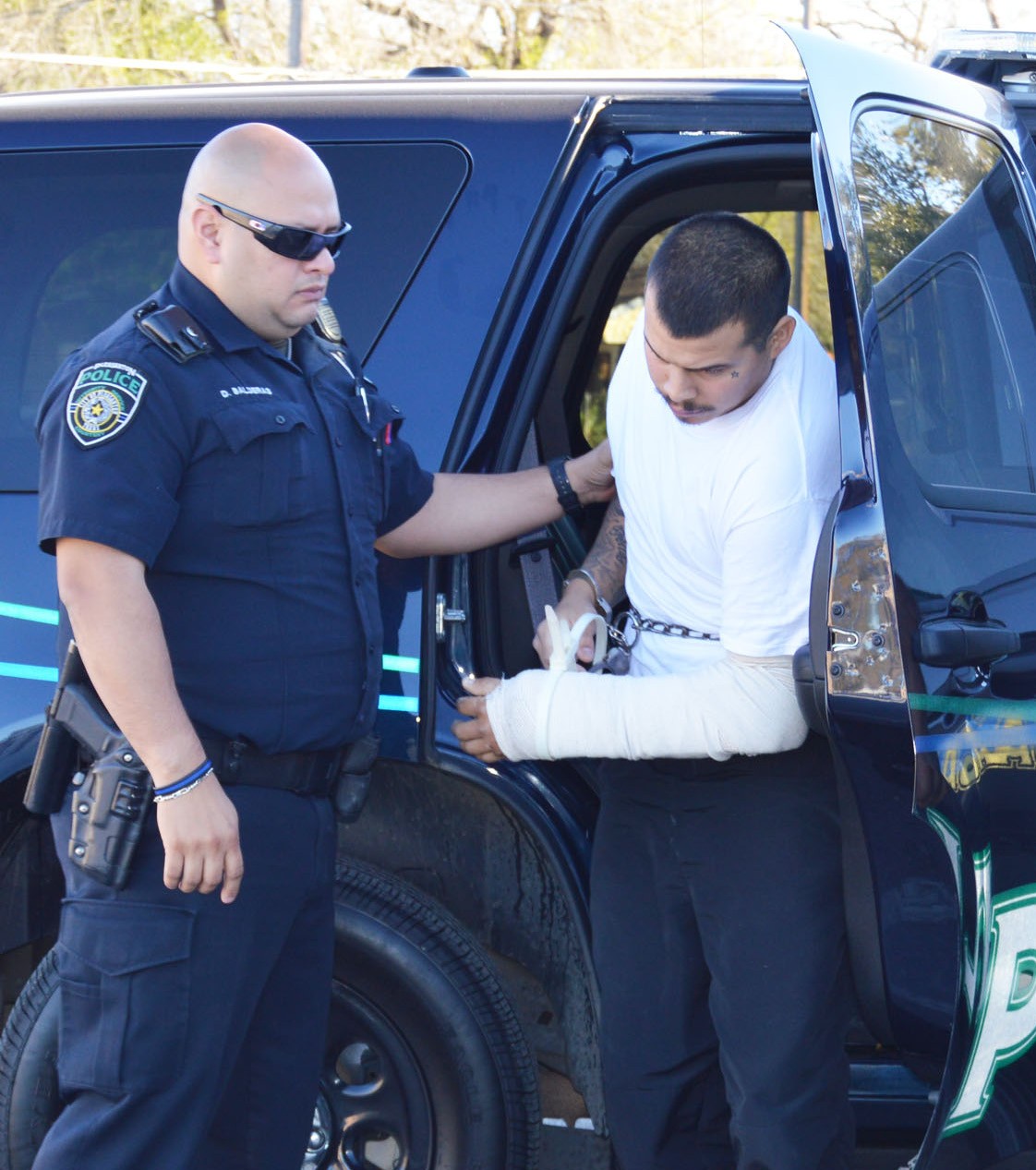 Matthew Serna was magistrated at Pleasanton Municipal Court on Monday, Dec. 14 after being arrested in San Antonio. Pictured escorting him into the building is Pleasanton Police Officer Damian Balderas.

Arrested in the December 2 shooting death of Lawrence Bert Cole, was Matthew Serna.

Serna and Cole allegedly exchanged gunfire earlier in the month. Pleasanton Police officers responded to the 800 block of East Adams Street after reports of shots being fired were received.

Two were found injured. Cole and Selena Ramon were both airlifted to the University Hospital in San Antonio and treated. Cole died from his injuries on Dec. 3. Ramon was treated and later released.

An arrest warrant was issued on December 11 on Matthew Serna after investigators determined probable cause.

Serna was taken into custody in San Antonio without incident and brought to Pleasanton to be magistrated.

He is currently in the Atascosa County Jail. Bond was set at $1 million for murder and $250,000 for aggravated assault.