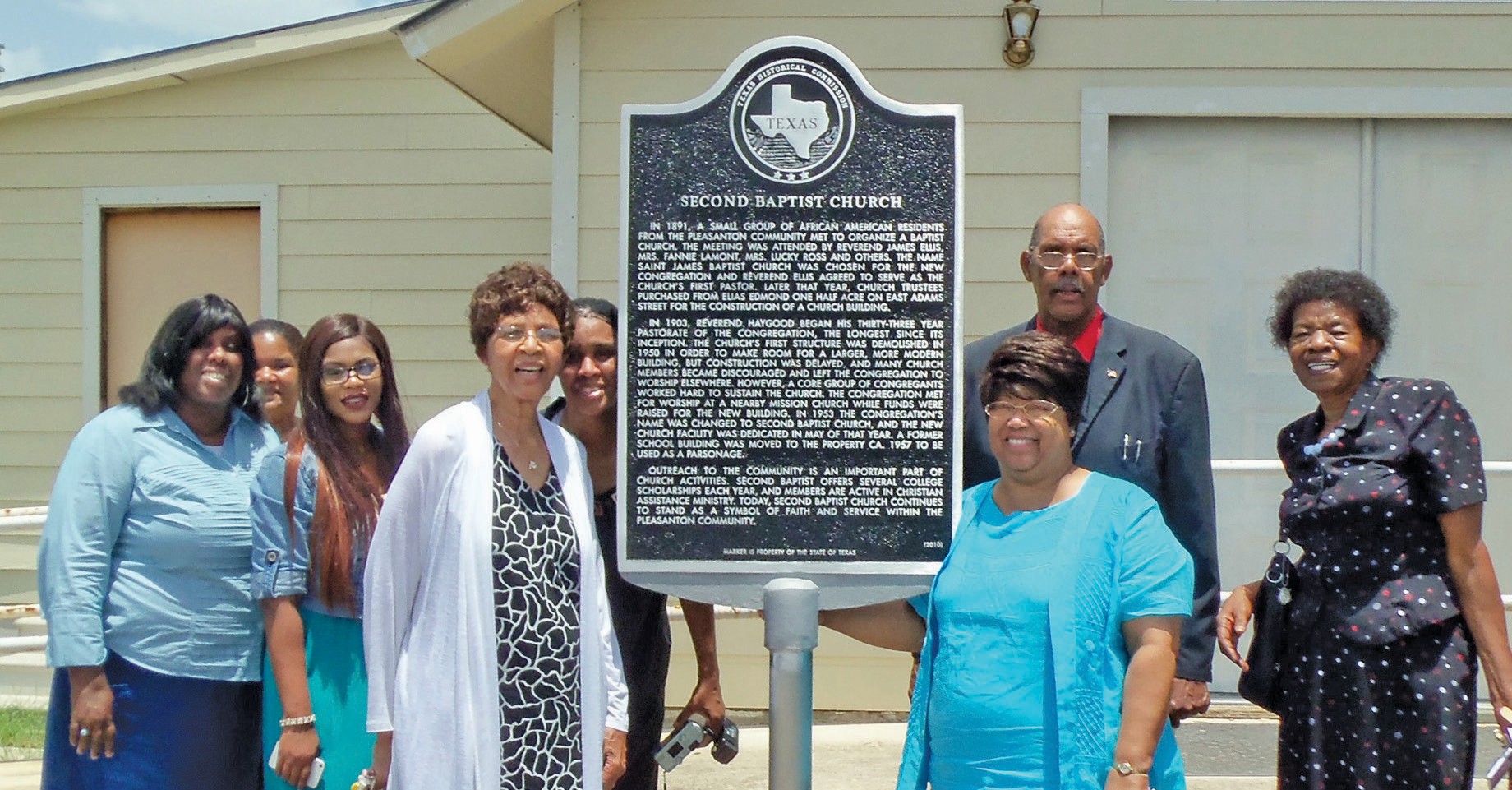 On Sunday, June 29, members of the Second Baptist Chapel of Pleasanton and members of the Atascosa County Historical Commission gathered to dedicate an Official Texas Historical Marker in honor of the church’s rich history.

The day began with a church service, to include a sermon given by Pastor Junior Jones and Reverend Woods, a guest pastor from Hondo. During the dedication ceremony, guests were treated to the National Anthem beautifully performed by TeKeyshia Johnson, granddaughter of Reverend and Mrs. Jones. After the dedication, a fabulous meal, which was prepared by church members, was served. Special guests were County Judge Diana Bautista and her husband, Pete, and Pleasanton City Council members J.R. Gallegos and Roger Garza.

The first church was built on a half acre tract of land purchased for $5.00. A building was erected and the congregation met here until 1950. In 1953, under the direction of Reverend Washington, a new chapel was constructed and dedicated. In February of that year, it was decided that the name should be changed to Second Baptist Church. In 1957, a building, that had been part of the Abraham Lincoln School, was purchased and placed directly behind the chapel. These two buildings, on East Adams Street, have served the congregation since then.

Reverend Jones has been a tremendous asset to his congregation, as well as to the community, serving as director of the Christian Assistance Ministries, offering help to anyone in need.

Placement of an Official Texas Historical Marker honors those who began this church in 1891 and those who have maintained its history and traditions over the years.