Scouts awarded at Arrow of Light and Crossover ceremony 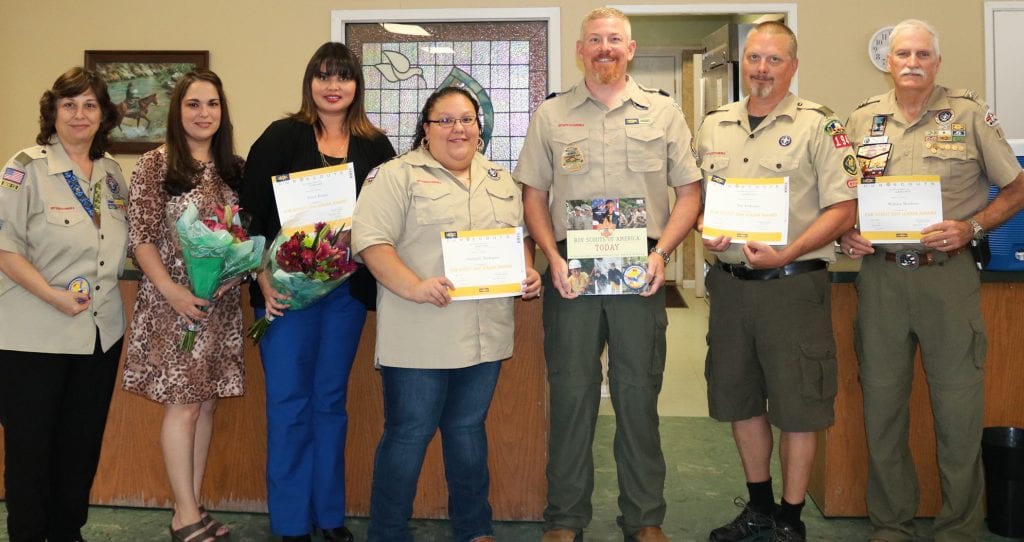 The Arrow of Light is the highest award in Cub Scouting and it is very symbolic.

This year the Pack was honored to present the Arrow of Light awards to Pack 194 members Connor Below, Seth Macmanus, Carter McMain, Jairo Ortiz and Zander Temple and from Pack 356, Jacob Hess and (not present Hondo Sadler). The Pack also presented each scout with a mess kit which they will use when camping with the Boy Scouts Troop 194.

The Chief and Assistant chief then called each boy and their parent one by one and boys were then led across a bridge which had all 12 Scout Laws painted on each board. The new boy scouts and their parent were welcomed into the troop as hunter green shoulder epaulets were placed on their uniform by Bill Meadows, Scoutmaster and Joett Morrison, Assistant Scoutmaster and Treasurer. Seven members from Troop 194 were present to welcome the newest boy scouts into the Troop.