Scorpions Shut Out Atlanta In Front Of Sold-Out Crowd 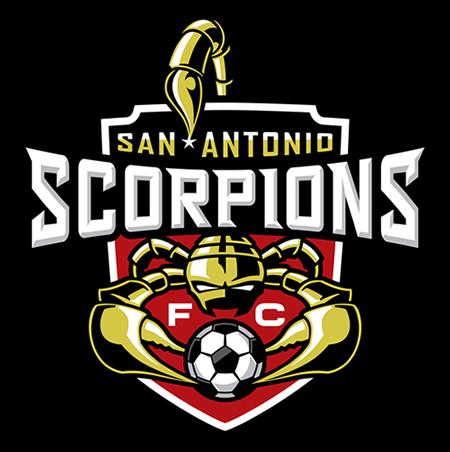 A festive sold-out crowd came out and watched as the Scorpions move back to the top of the NASL table with their third win in four matches.

The Scorpions will play again on Wednesday, July 4 against FC Edmonton at Heroes Stadium. Kickoff is set for 7:30 p.m. and the match will be followed by a post-game fireworks show presented by Magic in the Sky.

"All these games are difficult and it was great getting three points tonight," Scorpions Head Coach Tim Hankinson said. "We’ll be fighting for three points on Wednesday and we’ve got Puerto Rico and Ft. Lauderdale coming up. It’s important to focus on the next three games as well."

After the initial opening stages of the match, San Antonio struck in the 24th minute as San Antonio midfielder Hans Denissen led another Scorpions attack and placed an accurate cross into the Atlanta box.

Scorpions forward Esteban Bayona put the cross into the net with an accurate header past Silverbacks goalkeeper Daniel Illyes for the Scorpions’ first goal of the match.

In the 29th minute, Atlanta midfielder Danilo Turcios received a cross in the Scorpions box and fired a shot towards the San Antonio net, but Scorpions keeper Daryl Sattler deflected the shot to protect the San Antonio lead.

The Scorpions held off the Silverbacks for the remainder of the opening stanza and went into the half with a 1-0 lead.

In the second half, the Atlanta Silverbacks had a great scoring opportunity in the 54th minute with a free kick just outside of the Scorpions’ box, but Turcios’s shot towards goal sailed just over the crossbar.

The Scorpions picked up an insurance goal in the 63rd minute as high-scoring forward Pablo Campos took the ball from midfield and treated the crowd to a beautiful display of ball control.

Campos sliced through the backline with a nifty move, ran into the Silverbacks box and fired a shot to the back of the net to give the Scorpions a 2-0 lead.

San Antonio’s offensive momentum kept rolling throughout the second half and in the 82nd minute, Scorpions midfielder Walter Ramirez struck a corner kick that found Campos in the box and knocked a header past Illyes for his second goal of the night.

Four of the eight goals for Campos this season have come against Atlanta, with his other two goals against the Silverbacks coming in the Scorpions’ 3-0 victory over Atlanta on June 9.

Daryl Satter needed just one save to earn his seventh shutout of the season, facing just three shots from the Silverbacks offense, which has failed to score a goal against the Scorpions in three meetings this season.