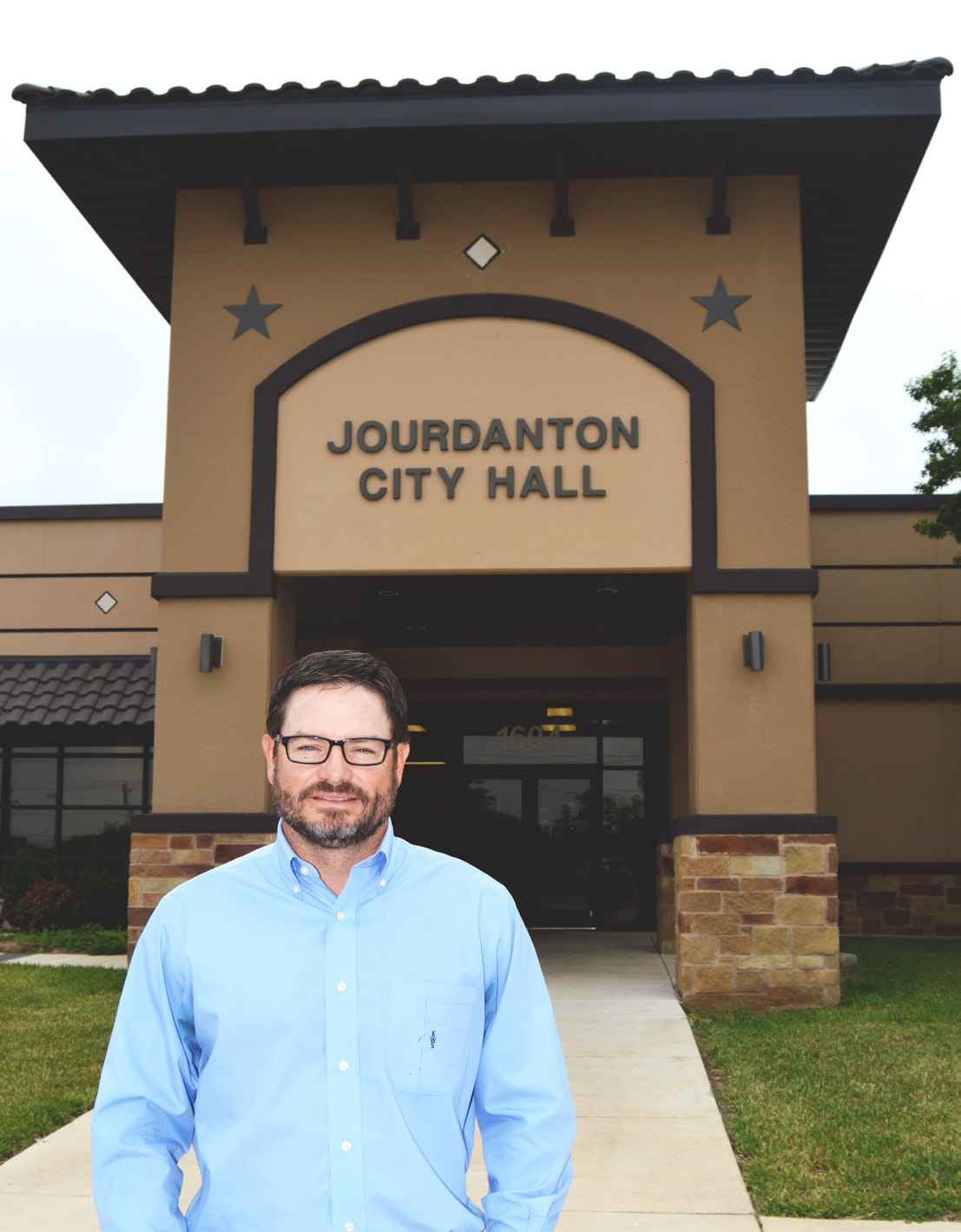 On his second day on the job, Kendall Schorsch – Jourdanton’s new city manager – is settling in to help run his home town. Schorsch, who was elected last November for one of the three council positions, put his application in shortly after then city manager Dan Nick said he would be retiring.

When asked if the job of running the municipality was on his mind, “It wasn’t even on the radar,” he quickly responded.

He and Amber, his wife of almost 13 years, discussed the possibility of applying for the job. They own Tender Care Day Care Center in Jourdanton – a career that helped them both to be able to spend time with their young family – Kooper (10), Kye (8) and Claire (5).

Schorsch is a Jourdanton native, graduating from Jourdanton High School in 1995. He then completed his degree from Tarleton State University in 1999 and earning his Master’s from there in 2001.

He started his bank- ing career in McMullen County and also was associated with Atascosa National Bank. He brings with him his many years of banking experience plus his involvement with their day care. “I have dealt with people with elevated emotions – whether it was about their money, their children and their homes,” said Schorsch. He feels that experience will be beneficial in managing the city.

He is excited about his new job. “I have some skin in this game. I want our city to be the best it can be, because we also live here, have a business here and our children go to school here,” he continued.

He shared that there were about 30 applicants and that he was in the top three during the interviewing process.

“I hope to be able to continue the positive direction that Jourdanton is heading. I want my children to want to come back and live here like I did,” he said.

Dan Nick is assisting with the transition for the next few weeks and Schorsch’s replacement on the council will be appointed in the near future.