Say hi to the President for me

My 12 year old son, Gavin was offered a trip of a lifetime a few months ago. How could I deny him a trip to Washington D.C.

Of
course I did not deny him. He was super excited. Gavin is a child who
likes politics and is fascinated by history. He’s a thinker.

My
cousin lives in Virginia and her mother, my aunt, was going to be
visiting for a couple of weeks in June. My aunt asked if Gav wanted to
go.

After
speaking with him we decided it was a go. We saved a bit and before we
knew it the time had come. We got him all packed, went over a few
things, made sure he had all his charging cords for iPod, cellphone and
camera. Told him to call whenever he needed.

The
hubs and I took my aunt, uncle and Gavin to the airport where they were
meeting my cousin Gerald’s daughter, Salma, who was going also.

The
whole thing was bittersweet for me. I was so excited for Gavin. He has
grown so much and is so awesome. And yet I was afraid for him to fly
without me. To be so far away.

But
as usual, he proves stronger than I am. He flew with no problems. Got a
little homesick the first couple of days, but now I can’t even get him
to return a text message. LOL He has become comfortable with his family.
A bond that I am extremely grateful for.

His
second day in Virginia they went to the White House. They’ve already hit
the Smithsonian: Air and Space Museum, The Holocaust Museum; Mount Vernon, Washington Memorial, Lincoln Memorial, Vietnam Memorial, World War II Memorial, Great Falls Park and numerous shows,
dances and performances by his cousin, Ana-Sophia. And he will soon be visiting the Smithsonian Natural History and a couple others this weekend. He has one more week
to soak up all he can.

Can’t wait to hug him and view all of the pictures he has taken. It’s my turn to say “What’d you get me?”. 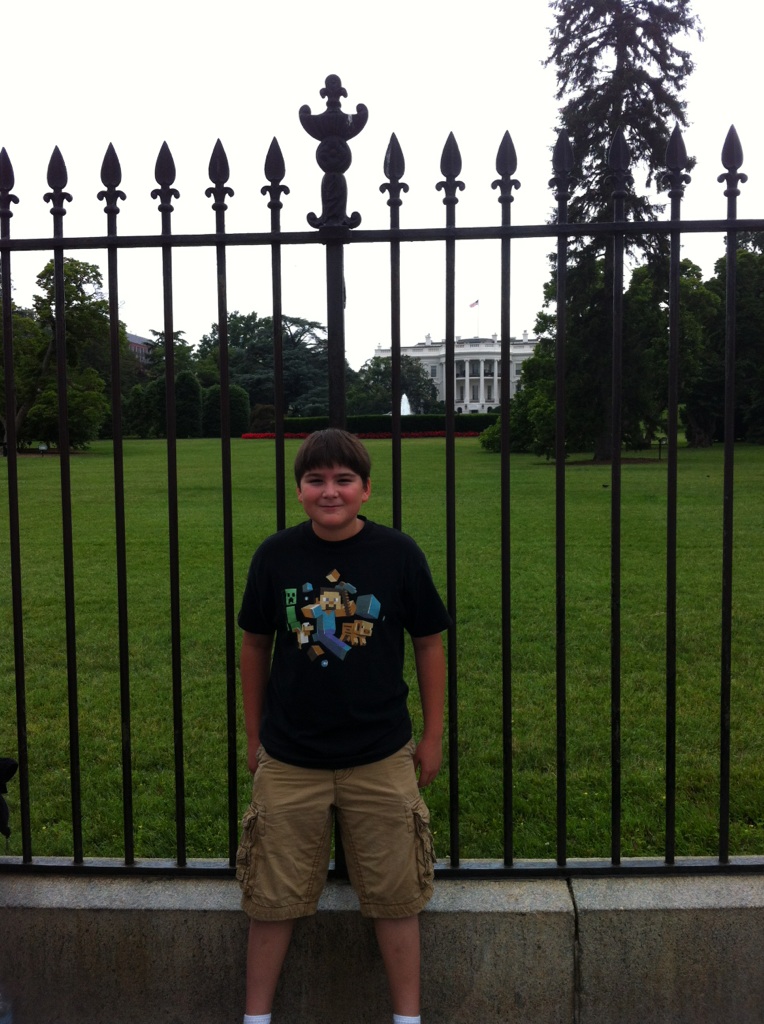 Gavin at the White House.