Charlotte will host their parade this Saturday evening 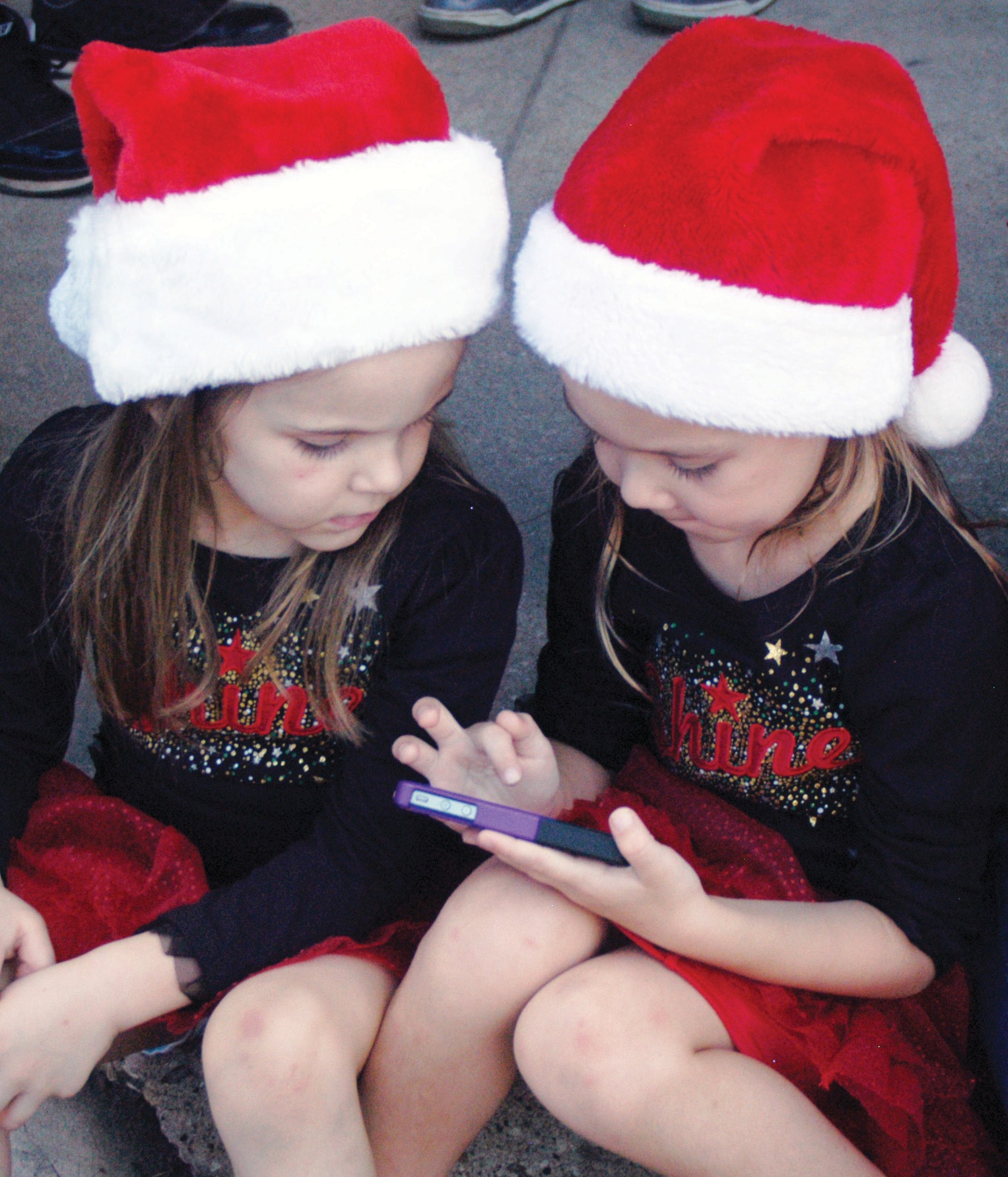 Kid Nation Dancers Kiera Wiatrek and Savanna Schuchart look as though they may be texting Santa with their wish list at the Brush Country Christmas event held last Saturday. The girls also performed with other dancemates in downtown Pleasanton.

The very un-Christmaslike weather did not deter the crowd from showing up in downtown Pleasanton on Saturday nor on Monday evening in Jourdanton to visit Santa Claus.

While children and their loved ones lined up to visit Santa in Pleasanton, they were entertained by the dance classes from Kid Nation. Santa was assisted by Cowboy Homecoming Queen Kianne Rowinsky and Princesses Jessica Herschap, Emalee Rice, Lexie Roane, Danielle Santos and Duchess Kylie Yapp.

Canned goods were accepted at Santa’s photo opportunity and will be donated.

The Children’s Bike parade winners are: Jairo and Angelina Ortiz. The brother and sister team (with the help of their grandparents Sam and Carmen Lingo) each won a bike sponsored by Ginnie and Eric Otto.

In Jourdanton, Santa entered in style in the Jourdanton Volunteer Department’s refurbished fire engine. Visitors signed in at the Jourdanton Community Center and did arts and crafts, snacked or ate hamburgers while waiting for their number to be called.

Once again, Walgreens took photos in both Pleasanton and Jourdanton and donated the prints to each child.

The Lighted Christmas Parade was deemed a success again this year. Five floats/ vehicles were decorated to the hilt with lights and the 15 horseback riders filed in behind them.

On Main Street in front of Pleasanton Elementary, there was not a parking space left. Vehicles were backed into the spaces with families sitting on tailgates while others spread blankets on the ground waiting to watch the short parade.

In the horse category, A. J. Wagner won first prize on his horse “Maggie Mae”. Second place went to Jamie Nietenhoefer and “Sugar”.

Also this Saturday, December 8th, lots of fun is planned in Charlotte. It starts with a night parade at 6 p.m. The Christmas Festival will be held at the Davenport Park in Charlotte with food booths and activities for the children.